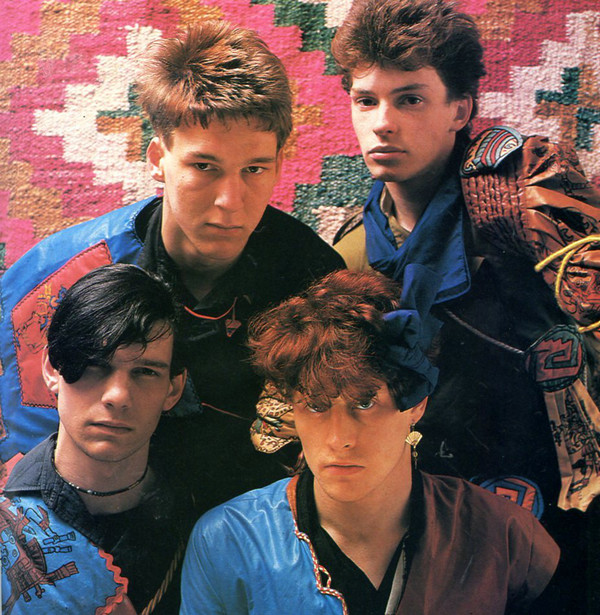 Scars were a band I remembered reading reviews of in Trouser Press, back in 1981, but I never saw the album. I saw an ad showing that Stiff-America had released a 4 track EP in America from the album, but I never saw that either. <fast forward 31 years…> It was in the last decade that I finally saw a copy of the Scars “Author! Author!” import album on the short-lived Charisma subsidiary PRE Records, in a possibly local store. However, by then, I was aware that there was a 2007 CD release of the album and that I should put my money in that direction. After all, it had all of the bands single sides appended for an 18 track disc! But I didn’t immediately react fast enough! That CD has been scraping three figures for a while now, affording me only observation of its existence. <fast forward another 8 years…> And now comes the news that Cherry Red are doing it again. Releasing a definitive 57 track collection with the album, all single tracks, a disc of demos, and a live CD compiled from various gigs, coming on October 30th, 2020. Not too shabby. What do we get for our £17.99 [$23.61]? Tracks in red not part of the album.

It’s an embarrassment of riches, but I am seeing a lack of BBC sessions, which might be the only other things potentially missing. Alas, there seem to be no Scars appearances on Strange Fruit issues, so that part of the band is still in a black hole. Actually, my entire impression of the band is in a black hole as I have never heard them and I can’t find them to preview on iTunes.  I don’t stream and would be shocked if they are on any services. I noticed that even Cherry Red boxed sets that they appeared on like “Big Gold Dreams” were edited for American sales on iTunes, with many tracks [including Scars] missing in action.

But, material like this that has swirled on my periphery for 40 years, in my awareness but not my environment, is like catnip to me and I don’t anticipate being disappointed once I actually hear them! The indigenous styled cover art by Rocking Russian has always stuck in my mind as being weirdly compelling. I probably correlate it to the weird vogue that Spandau Ballet had for First Nations derived artwork in their “Diamond” album period. If Scars are like catnip to you as well, then hit that button and pre-order.