Here are the music purchases of 2012 quantified in some detail. Just covers in the Cover Grid dropdown.

What can I say? Money was tight. I bought only this disc and sadly, it was mislabeled by the seller. It was not the French 12″ as listed but actually the German pressing. C’est la vie. So yes, it did not deliver the mix I was hoping for. 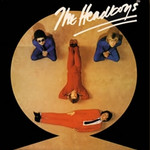 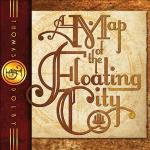 March finally got off the starting block with nothing but high caliber music entering into the collection, and reasonable amounts of it. The Simple Minds box was a long time coming and great value besides. The Grace Jones material was stellar and long-awaited. The new Cale was an unexpected delight. Dolby’s tour drove the quick purchase of his excellent new album. And The Krektones are a local instro band who just released their debut waxing. 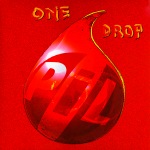 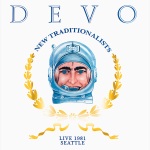 A trip to Chapel Hill to see Magnetic Fields meant another month of scaled back music budgeting. The only purchases were on Record Store Day 2012, with two exclusives matched with two incidental purchases. After 30+ years of awareness, I finally have the debut album by Neu! I’m ashamed. I should buy the rest of their output [as well as Harmonia and La Düsseldorf] while I’m at it. The Klark Kent was a unique packaging variant and my enjoyment of his limited oeuvre knows no bounds, so I bought a rare “redundant” music release! 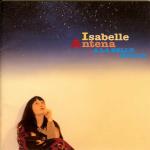 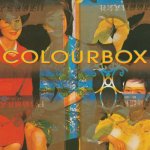 I paid too much for the Simple Minds 12″ this month; it skewed my stats way too high. But I was in the throes of obsession; I had to have it right now. I did get $50 worth of enjoyment out of it already, so my regrets are few. The Colourboxed Set is the complete works of this fantastic band and then some. A serious bargain [even at retail from the 4AD web store] that offset the budget damage that Simple Minds inflicted. The Isabelle Antena is the first thing of hers post 1994 that I’d managed to hear. The “Mighty Reel” cassette is among the least likely, most amazing things to enter the Record Cell this year. I still can’t believe I lucked in to that tape in sealed condition. The less said about the wretched new Ultravox album, the better! 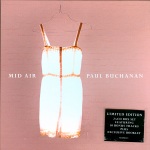 Move along! Not much to see here! Well, apart from a month of Purrrrre Scots Rock, laddie!!! The Buchanan album is my favorite of the year, so far. And I now finally have “Pinky Blue” on CD, completing the Altered Images trilogy of ginch-pop.

These mid-year stats are dramatically different from last year. I’ve spent about 40% of what I had by this time last year, due to a huge budget crunch. And yet, the average cost per title has nearly doubled, and I put that down to buying many items at full retail this year instead of used. The volume of purchases has been a third of last year at this time. Some of these were items that just had to be ordered immediately due to scarcity, like the Paul Buchanan limited edition album. Others, like the DLX two disc album from Thomas Dolby were only available from his web store, and with the concert looming, that was a no-brainer. Then there were Record Store Day purchases to consider. What little I have spent so far this year has been on some good music, apart from the new Ultravox album. Due to my fandom, I couldn’t have waited on it, but in retrospect, I wish that I had. In a perfect world, I’d still be waiting.

The most intriguing item has definitely been the NME “Mighty Reel” C-90 from 1982! You’ll be hearing about that soon enough, but suffice to say the circumstances of its purchase were quite unique. The best value for money was a tossup between the long-awaited Simple Minds X5 boxed set [of all the Simple Minds material you would have to own, if you read this blog] and the Colourbox boxed set of complete recordings! Even at full retail, I consider those a steal. I also managed to complete my collection of DLX RMs of the Altered Images catalog for less than the going rate on those decade-old OOP titles, which are commonly priced in the three figure range.

I’d only taken the plunge for “Bite” back in the day and thought I’d pick up “Happy Birthday” and “Pinky Blue” a bit later. Ooof! Had I only known that within a few years they would be incredibly scarce. And that was the second time I got stung on “Pinky Blue!” When it first got a CD release in 1994, I had moved around that time and had bought my first [top of the line] Macintosh that same year, so many CD purchases of items I had been waiting for CDs of from the dawn of the digital era [see also Pete Shelley, Was [Not Was]] got deferred, to my regret years later. “Pinky Blue” was one of them. No longer! At least my 19 year wait on bringing that one into the Record Cell was compensated by the full complement of B-sides and remixes included in the program in that 2002 RM. 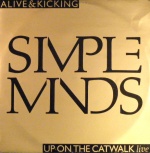 The bulk of July’s music budget got poured into some UK DVDs that called out to me with some compelling siren songs. The Gary Numan was a bittersweet experience, since the second half of his video collection made me never want to hear Gary Numan ever again! Far better was the great “This Happened” concert by Claudia Brücken. I waited about 16 months for Paul Humphreys to get this done and dusted and it did not disappoint. A wonderful cast of musicians aids Claudia in her career retrospective concert from 2011.

Everything else came from then almost impromptu trip to Atlanta, Georgia to celebrate a friend’s 50th birthday. Lots of love for the Wax N’ Facts bins, as usual. I had a paltry $30 record budget due to the expenses involved in travel, food, and lodging at a time when the money just wasn’t there. The Richard Strange and Shriekback discs were most wanted items. I think I have a full Shriekback collection now. I’ll get back to you on that. 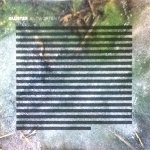 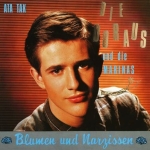 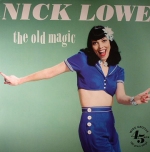 Twenty releases: $19. Don’t get used to this. The gift that is Harvest Records’ Anniversary Sale manifests in August, and the tally for this month is an embarrassment of riches all available for $1 per title! This year there was an abundance of Krautrock reissues and new albums in promo form for a pittance! I had been waiting for decades to hear some of these artists at the right price, and I was not disappointed in any of these. A strange item is a self-released Man…Or ASTRO Man CD, their last release available only at their merch table for their 2002 tour before the went on hiatus for a decade. They’re back again with a new 7″ not in the Record Cell This CD was weird in that it was all solo material recorded at the time of their last album proper. The Trio and Nick Lowe albums were all very enjoyable. And Nick showed up the next month for a sterling show on that album, so the timing could not have been better! Shame on me for not having the Trio in any form for 30+ years!

I saw Molly Nilsson at Apothecary and bought her great album at the merch table. The rest this month were gifts from Mr. Ware, who saw fit to help me just about finish off my Rush collection.

This months saw the third, most experimental John Foxx + The Maths’ album unleashed on a slack-jawed world. Peter Godwin unleashed his awesome Bond theme demo on iTunes. I finally saw the incredible Tav Falco and heard his music, and gloryoski, one of the readers of this blog bought me the new Propaganda | ZTT compilation! Yesssss! Those subliminal embeds I added to the blog are beginning to pay off! 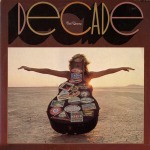 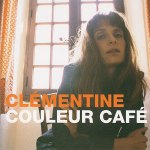 This month saw a long-awaited John Foxx + The Maths DVD/CD combo get a release. The other highlight was receiving insanely rare Vice Versa 7″ers as a gift from a generous friend. That incident triggered a BSOG event with me finally compiling the ABC rarities into a box that is almost finished mastering with the pittance of free time at my disposal. I don’t know where I’m going to get the money to buy printable gold CD-Rs to actually dupe and ship the thing! 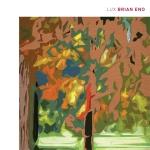 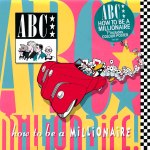 2012 winds down with a handful of titles. The big news was the rarest Stephen Duffy remix available as a cheap, easy [and clean sounding – my actual 12″ of this is trashed to the max] download I immediately bought upon discovering lest they decide to pull it arbitrarily at some time in the future. The lack of shipping costs didn’t hurt either. The ABC purchases were driven by the generous donation of the Vice Versa singles the previous month by Ron Kane. Finally getting those triggered a BSOG event that has yet to conclude.

Stats for 2012 are seriously down from the previous year, which felt pretty good. This was more like fasting, musically. Average costs were up, no doubt due to the purchase of pricey CD/DVD packages from the likes of Claudia Brücken, John Foxx + The Maths, and Gary Numan. After that Gary Numan DVD I don’t have to worry about buying anything else of his ever again. Those three items probably accounted for about 18% of my total spending last year!!

The big splurge was the annual Harvest Records anniversary sale where I purchased 20 releases for an astounding $19.00!! And the Bureau B krautrock reissues in that score were most appreciated. I’ve finally heard Rodelius music, much to my embarrassment. I also made an impromptu trip to Atlanta with a tiny budget of $30 to blow on music. I stretched it pretty far and even got some want list items. Which almost never happens without mail order.

Speaking of mail order, I don’t know how long I can continue to buy records from dealers, especially those outside of the US. Even as the value of records I want is plummeting in the end times we’re currently in, the cost of shipping the @$!^^% things is becoming 2-10x the purchase price, which in many cases is modest [$2-4.00]. Dare I move to [gasp!] downloads? Thus obviating the fiscal pain?

Some of the best music I received in the 2nd half of the year were gifts. Profuse thanks to those who have tithed to The Monk. Know that you have purchased entry into the Kingdom of Heaven.