Here are the music purchases of 2020 quantified in some detail. Check the 2020 cover grid dropdown to just see a grid of the cover images. 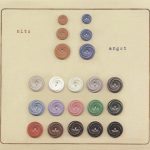 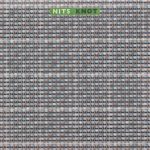 Actually, everything bought this month so far was down to my wife taking the initiative to buy things. We love The Nits, and when I discovered that their “Ting!” show with the Scapino Ballet had been filmed for DVD, we immediately went into search mode, only to find that the Nits and Scapino Ballet webstores both failed to carry the release from September 2018! One plea to the Nits webmaster Paul Telman later, we found out that there were still copies to be had there, they were just not active pages for it. Since we were ordering from  the Netherlands, we decided to maximize our postage potential and get the last two Nits albums on CD as well.

As for The Coup, I became aware of the Communist hip hop band when Boots Riley managed to have a film made of his screenplay of the same name in 2018. The more I read about the band, the more I needed to hear them, but CDs [or anything else] were mighty thin on the ground. I have been looking for Coup CDs ever since in every record store I have visited since. Friends might have seen me rifling through the hip hop sections on store jaunts together. I managed to find two of their albums when in Los Angeles in the summer of 2018, but that’s been IT. These albums are HARD TO FIND. My spouse got tired of waiting for the “Sorry To Bother You” album that the film was loosely based on six years later, so she ordered it from Discogs after she called me for my login. Well, alright! Now we finally have “The Magic Clap” and “The Guillotine” in the comfort and safety of our own home. 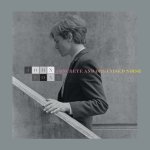 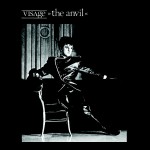 Lots of Foxx action this month with his new compilation of 1980 material not previously on LP an indulgence from my spouse. I did immediately buy the new John Foxx + The Math DL single in advance of their upcoming May album of the same name. Bracing. I finally…FINALLY, sprang for the Dutch-only Peter Godwin “Window Shopping” 7″ in order to add the long-pined-for remix of the A-side to my coffer of Godwin rarities… only to discover that the version of “The Art Of Love” on the disc’s B-side was not the conventional 7″ mix, but another unique-to-this-single remix of the song by Zeus B. Held!!! ¡Mamacita! Little surprises like that can make my month! And the Shriekback lineup that gave birth to the delightful, acoustic Shriekback incarnation on “Naked Apes + Pond Life” managed to find a bootleg to give us all a clue.

Finally, the level of activity from the micro reissue label Rubellan Remasters kicked into overdrive this winter [?] as the label head all but forced me to accept promo copies of the two latest Visage DLX RMs he’s put out this year. Knowing full well that I would probably gush radiantly, the clever… I’d bought his first Visage DLX RM last year when its first pressing was still available. Had I not been in the middle of saving for a trip that got cancelled last week, I most certainly would have paid straight up for copies of these incredibly vital releases tout suite. But the limited numbers pressed, the high consumer demand, and the very real possibility of missing sale copies at retail [hint: they are going FAST…] by the time I would have managed to cobble together a few dollars to buy them conspired to make me accept his offer. And then the crafty plotter threw in the Ric Ocasek DLX RM without even asking me! Good thing too, as it was a fantastic album that I’d never had the pleasure of hearing. Rubellan Remasters fascinates me because what he does is like my former hobby of compiling records to make DLX RM CD-Rs… except it’s not a hobby for him! It’s an actual  side business.