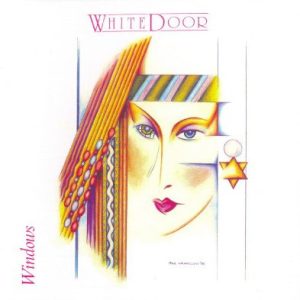 I had originally bought the White Door “Windows” album when it came out in 1983. It was obscure, but I found a lot of obscure entertainment at Crunchy Armadillo records back then! I saw it in store and in spite of the cover art, I asked Craig to put it on and was rewarded with finely etched synthpop of the kind I’m more than fine with. Craig’s second in command, Matt, sneered “modeling music!” but that notion was catnip to me then. The album was on the obscure Clay Records label who didn’t have much that wasn’t Punk or Oi on their roster! How these wimpy synthmeisters found a home there is beyond my understanding.

Until Cherry Red issued this DLX RM in 2009, a year ahead of the founding of this blog, I would have put solid money on the band turning up in a thread like this one since the band were hopelessly obscure to me, even though I owned their sole LP and had amassed quite a few singles from them over the years. In 2019, I have an almost complete collection, but I still need this B-side. Other than that, I have the full monty. But what’s it like, you ask? 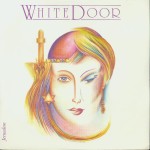 The album began with the impossibly shimmering “Jerusalem” which was a cinematic track that was nevertheless as light as air. The core band were voice [Mac Austin] and synths [Harry + John Davies] with Harry also adding flute, so the band were filled out in the studio with hands on fretless bass [au courant that year] and the requisite Simmons Drums. Austin’s vocals were cool, calm, and clear while the music swirled around them, providing all of the textures. Perhaps the key to this album was the fact that it was produced by Andy Richards, who also programed and played keyboards.

Savvy PPM readers need no introduction, but if you’re new to the story, Andy Richards was to immediately go on to become a key member of Trevor Horn’s Theam at ZTT following this work. The album was mixed by Richards at SARM studios and presumably, that was where he entered into Horn’s orbit. Richards came to the band by sheer dint of his proximity as a local in Stoke On Trent, where the band hailed from and this album was his first production ever, but it sure didn’t sound like it! 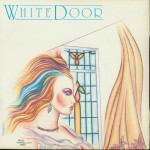 Tracks like “Americana” were packed full of what was obviously state of the art hardware for 1983, resulting in a sound footprint that was in no way reflective of this album’s small, indie label origins. The title track was as close as this somewhat effete album came to a driving and powerful sound with the throbbing synth bass and motorik beats of Steve Gilbert on the Simmons Drums. This track was the closest thing to a hit White Door managed in the UK but when Clay Records ran out of money to pay the plugger, the forward movement ended there.

Next: …Forward Into The Past