Posted on November 5, 2018 by postpunkmonk

Dr. Robert and Mick Talbot laying down a supple groove for “Down The Willows”

The last Blow Monkeys album, “The Wild River,” was released on the indie label Monk’s Road Records [no I don’t get any kickbacks…] last year to the rapture of their fans. But this year there has been another project to keep Dr. Robert out of mischief. The label has commissioned an album along the lines of the This Mortal Coil project for 4AD back in the 80s-90s. The label has commissioned a collective album under the name Monk’s Road Social and all of the musicians on the label have put their two cents into the writing and recording of the album, due early next year. Who were involved, you might ask?

Surely one might recognize several of these names. All of them were encouraged to participate fully, but Dr. Robert of The Blow Monkeys was sitting in the producer’s chair and was overseeing the whole effort. There was a pre-release single released this weekend [Monk’s Road likes to do things on a Sunday…] and it can be seen and heard below. 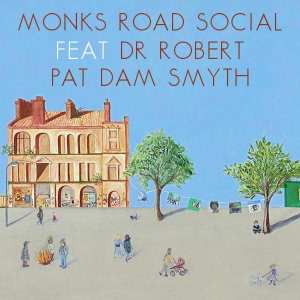 So, yeah, I had noticed this being mentioned in the Monk’s Road emails I subscribe to but had been preoccupied with this and that in my off time. Something told me yesterday to look into this and I was rewarded with a sumptuous serving of vintage soul with all of the production value that computers can’t replicate! I thought that the last Blow Monkeys album was really something else, but this seemingly takes it up to the next level. I mean, this was The Bomb! Listen!

¡Mamacita! That was some serious deep diving into music lovingly rendered with all of the lush detail of a hand-built easy chair with kidskin upholstery on a deeply buffed mahogany frame. It sounds like the interior of a vintage Bentley! Who’s playing on that masterpiece?

So yeah, you may have an interest in nabbing that on limited 7″ single from the Wonderfulsound bandcamp store of the first release from the album, available now – here. £7 for the wax or just 2 for the DL. Though the album will ship on Monk’s Road, Miles Copeland’s 7″ label, Wonderfulsound is doing the honors on the vinyl 7″ this time. The 7″ ships at the end of this month. My interest in Monk’s Road Social is now at an all time high so I eagerly await the album, due early next year. It sounds like it will more than tide me over until the next Blow Monkeys opus.

10 Responses to Want List: Monks Road Social – Down The Willows