After the whirlwind of 2006-2007, Scott had one more fragment of activity before Walker Central went quiet for a few more years. He sang on the concluding track “The Big Sleep” on the sophomore Bat For Lashes album, Two Suns.” I’ve yet to hear this or even Bat For Lashes, for that matter. I can’t just listen to any new artist. usually I have to let them ripen fully before venturing into a listening relationship. 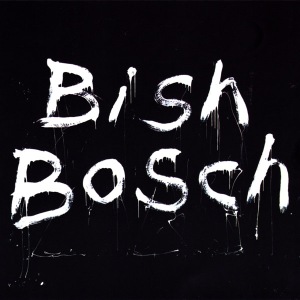 When Walker was ready his second album for 4AD was released in December of 2012. “Bish Bosh” was an album I finally bought in the summer of 2013. It’s bracingly different from the previous two albums in that it seems to have a thick undercurrent of the blackest humor running beneath the abrupt juxtapositions of noise and what sound like snatches of jazz cut up and collaged into a piece of work that contains an orchestra on just three of its nine songs. The track “SDSS1416+13B (Zercon, A Flagpole Sitter)” was nearly 22 minutes in length, and contained in its lyrics, comic insults that Walker would have grown up with as part if its lyrics. It’s less portentous than “The Drift” [what wouldn’t be?] and gloryoski, some rock guitar actually got some of the spotlight on a few of the tracks here. Was Walker mellowing with age? Or was he just observing the cosmic joke at the end of the abattoir of history?

Heads snapped back wonder when less than two years later, Walker combined forced with doom metal band SunnO))) to create “Soused.” Five tracks of ultradense music that I’ve actually yet to buy a copy of. Not that I didn’t have it it my hands… twice, during the tour of all three Amoeba Records stores in my 2014 tour of California. Even though it was on sale, I felt that it would be easy to get later and I’d be better off spending the money on other things of greater scarcity. That said, I have not seen a copy since. I must admit that the precedence of elder statesman of uncompromising art rock teaming up with metal band had been set just the year prior when the mind-boggling Lou Reed/Metallica team up, “Lulu” was released to a disbelieving populace. So this project contained much less shock value on the face of it. In both cases, each album would be the last new vocal recordings that either artist would release.

But Walker had more music in any case still in him. I managed to buy the soundtrack to the film “Childhood Of A Leader” just six months after its release. I found it a very compelling piece of work that was richly redolent of Walker’s interests and themes even in the service of another’s film. Having not seen the film yet, I can only imagine how powerful the synchrony might be. It was so good that I really must get the “Pola X” soundtrack. Hopefully for less than the $50+ it’s currently going for. This was the last CD that Walker released before his death. 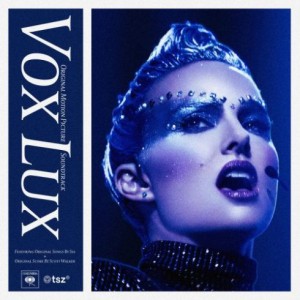 Alas, no physical copies of this OST exist… yet

But not the last music. It’s interesting. Last week, my wife brought home a DVD of the film “Vox Lux” and as I looked at the case, I couldn’t help but notice that it featured a soundtrack credited to Scott Walker. “Not the Scott Walker,” I mused. But after checking the oracle [some call it the internet…] I was astonished to see that Walker had indeed composed the score. It would be his last work, released in December of 2018 in digital formats only. I suspect that physical copies will follow, especially now following his death.

The man called Scott Walker managed to have a mind boggling third act to his artistic life that few could match. He went out on a place that saw him re-engaging with the public after years where only a juice ad was the last public sight of him for practically a decade. There was a documentary on his art. He produced and designed a concert of his music from “Tilt” and “The Drift” as performed by his hand-picked interpreters. He curated the 2000 Meltdown Festival. He released four vocal albums and several soundtrack works. He scored a modern dance piece. And most impressively of all, found a label that would let him pursue his own muse. He left behind a legacy of bracing work that will be inspiring musicians for decades to come. Exploratory probes into the darkness he saw at the heart of the human condition.