A few years later while watching the MTV “New Video Hour,” I saw the next move that Talk Talk had made. Their third album, “The Colour Of Spring,” had been released and the lead single was the piano, bass, and acoustic drum [no more synthetic drums for this band…] led single “Life’s What You Make It.” The mesmerising rondo was remarkably similar to Tears For Fears’ megahit “Shout.” In fact, you can easily sing that song over the intro, which is at just the right tempo and vibe to do so. The Tim Pope video had the band playing the song at night in the woods with the keys of the piano damp with dew and every manner of insect and nocturnal animal becoming active.

The sound owed little to the synth rock of the band’s early days. I also saw the “Living In Another World Clip” later on and I noted that the band were moving on to a more acoustic sound. But I didn’t bite for some reason. Had I known that David Rhodes of Random Hold and Morris Pert of Brand X [both peter gabriel vets] were on the album it might have clued me in to where they were now going. Following that point in 1986, I can’t say that I ever heard another Talk Talk song until the 21st century. The last two albums by the band before breaking up went unheard by my ears.

I really didn’t think about Talk Talk much in the ensuing years, but one of the first DVDs my wife got when we made the leap to the DVD format in 2000 or so was the film “Night Shift.” There’s a scene where Michael Keaton is in a dance club ca. 1982 where “Talk Talk” was playing. I suspect that might have been the impetus for my wife to pick up the CD of “Natural History” at Manifest Discs in Charlotte on a trip there in the early 21st century. Hearing the band again after decades of not having the debut album was interesting. I got to hear quite a lot of the band after their second album. The sound owed a lot to the similar excursions into acoustic jazz territory that David Sylvian had begun making at around the same time.

Over time, I read about how Mark Hollis had made a similar shift in his own writing. Their fourth album also used double bass player Danny Thompson who had added so much to Sylvian’s “Brilliant Trees” back in 1984. I became aware of how much further out Hollis’ vision had become over time with his output, with the last two Talk Talk albums being almost legendary affairs of many musicians improvising over many months before the results were carefully collaged into “Spirit Of Eden” and “Laughing Stock.”

It was 2011 when visiting Atlanta to see Sparks for the first time since their reformation, that a shopping trip to Criminal Records yielded the lone Mark Hollis solo album in their used bins. Given what I had read about it at that time, I unhesitatingly bought it. It’s not the sort of album one sees out in the wilds very often. The definitely abstract music on it was dramatically left field from anything I’d ever heard Hollis perform before. The minimal aesthetic had huge chunks of pregnant silence forming much of the music. It was as if Hollis was seeing how much he could pare away and still have a composition left. I swear that the last song ends with at least two minutes of silence. I need to pull that track into my wave editor to determine as such.

What does it say when a musician includes two minutes of silence within their composition? It means that he thinks there’s not enough silence in this world. And he won’t be responsible for breaking any further silences by his actions. Well, no one could accuse Hollis of making noise for its own sake. His careful and mindful approach to the power of silence not only informed his making of music, but also his not making of any music at all once he had released that solos album in 1998.

In 2003, No Doubt recorded a cover of “It’s My Life” that was the top ten worldwide smash that the original should have been in the first place. I have actually heard this song in the gym where I work out on the sound system. It’s the only No Doubt I can point to ever hearing to my knowledge. It is the essence of perfunctory. The band don’t do too much to the song except render it with some faithfulness. That’s because it was a winner from the start. The royalties from that cover version probably gave Hollis the financial security to remain out of the limelight until his untimely death last week. If so, then it was worth it.

As we careen towards 2020 there are two other musicians who seek to venture unafraid into the darkness ahead. David Sylvian, who has remained fairly active throughout his solo career, continues to release increasingly abstract albums informed by avant garde jazz. I have to admit that I have struggled with 2003’s “Blemish” but recent listening have begun to maybe crack that case. On the other hand, when thinking of Hollis, I am most reminded of Scott Walker, who was content to sit out the period of 1983-94 before returning dramatically in 1995 with the incredible paradigm shift that was “Tilt.”

Unlike Hollis and Sylvian, Walker seems to have looked towards classical music as a way forward. The last 25 years have seen a feast of seven releases by the formerly reclusive Walker, who has as high a profile as he’s had since the 70s. He’s had a documentary filmed about his career [“30th Century Man”] where he actually participated. He seemed tolerant of all of the fuss. He’s curated London’s Meltdown Festival and has grown into an elder statesman artist who is known and celebrated for his uncompromising approach to music. His story is having a final act worthy of King Lear, but Mark Hollis has left us on his own terms and that story has all wrapped up. It stopped being told over 20 years ago. 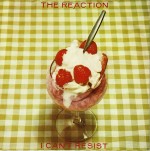 But Hollis’ story has a beginning that few might have heard. He was the younger brother of Ed Hollis, the manager/producer of Eddie + The Hot Rods, one of the early bands to sit on the razor’s edge that defined British Punk ca. 1976. Ed also managed his little brother’s band The Reaction and got them also signed to Island Records in 1978, just in time for New Wave. They had a single 7″ to their name: “I Can’t Resist,” but the band also had a loose track show up on a Beggar’s Banquet 1977 Punk/New Wave compilation called “Streets,” with a track produced by Steve Lillywhite. The band will now rip through the song “Talk Talk Talk Talk” which, yes, Mark’s band Talk Talk revisited five years later under radically different circumstances. All you have to do is press “play” below.