I was never really a Black Sabbath fan. Sure, sure. I had a compilation I wanted for my birthday at age eleven with the excellent single “Paranoid” on it, but as the eighties dawned, I much preferred The Dickies’ 200 m.p.h. cover version by far. Ozzy by this time frame was famous for [allegedly] geeking a bat and having a nascent solo career apart from Black Sabbath. So it was pretty shocking to the core when the second Was (Not Was) album, “Born To Laugh At Tornadoes” was released in 1983 and it sported a guest appearance by Osbourne on the very, extremely New Wave synth pop number “Shake Your Head [Let’s Go To Bed].” By the time that Mel Tormé guested on “Zaz Turned Blue,” the album’s closer, one’s senses were braced for anything! 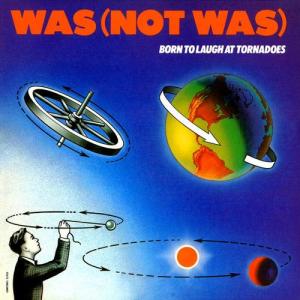 The album mix of “Shake Your Head” sounds not completely unrelated to the cut “What’s A Girl To Do,” which Don Was co-wrote for Cristina’s “Sleep It Off” album that was released the following year. It’s a bouncy New Wave synth dance number with Ozzy pasted on top of it singing; as large as life. Now that I think about it, he beat Van Halen to the synthpop punch by a year, didn’t he? 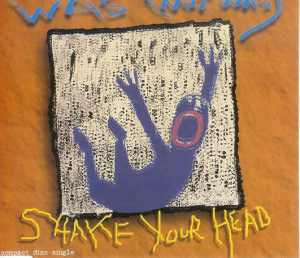 Then nine years later, things got really, much weirder when there was the first Was (Not Was) compilation album called “Hello Dad, I’m In Jail!” It featured some new mixes of material on it and it seemed that the Ozzy cut had been given a Steve ‘Silk’ Hurley house remix as well as featuring added guest vocals by… Kim Basinger?! Who needs LSD with Was (Not Was) around to liven things up? The how and why of this occurrence is even more contrived than the event itself. Apparently, when the original recording was made in 1982, it featured backing vocals by Madonna, who was thanked in the credits. Within a year, she was signed to Sire Records and on her way to the top. Of course, she withheld rights to her performance, leaving the band having to make do with Kim Basinger instead, who was trying at the time for a singing career.

There also exists a remix 12″ of this single, with the full length House Mix by Hurley. Truly, a paradoxical object, considering the vocalists it featured. but there is one more unholy variant available in a pressing mixup that wasn’t supposed to happen.

If the prospect of hearing Madonna and Ozzy Osbourne duetting on a house remix of a synthpop New Wave dance tune thrills you, know that the first track on disc one, side one of this EMI compilation LP mistakenly featured the 12″ remix of the track that Madonna nixed. I don’t actually have this in my Record Cell, but it’s not unaffordable, considering all of the thousands of Madonna collectors probably out there. I should obtain a copy while it’s still safely under $50 in cost.

graphic design | software UI design | remastering vinyl • record collector • satire • non-fiction
View all posts by postpunkmonk →
This entry was posted in Blast From The Past, Uncategorized and tagged 12" remix, 1983, Kim Basinger, Madonna, Ozzy Osbourne, Steve 'Silk' Hurley, Was (Not Was). Bookmark the permalink.