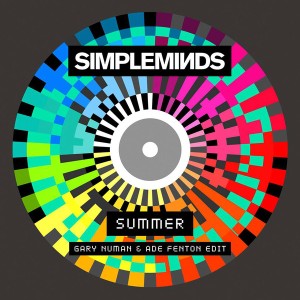 This month I was surprised to see that the third single from “Walk between Worlds” by Simple Minds had been released. In these dark days, this is something I barely pay attention to since Simple Minds “singles” are simply download edits of their album tracks. Unlike OMD, who still give remixes and B-sides for their singles [which also exist on CD and vinyl in addition to DL], Simple Minds have been a bit barren in that area. Until now. 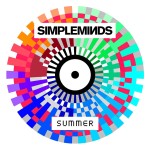 Earlier this month, the fan favorite track “Summer” was deemed close enough to the right time of the year to release it as a single. In a shock move they released a remix on May 4th with the album edit [see right] following a few weeks later. Color me agog that they engaged Gary Numan and his aide-de-camp Ade Fenton to actually remix the track.

Numan and Simple Minds have a history from the early days. In 1979, Numan had roped Simple Minds in to provide handclaps for his song “The Aircrash Bureau,” so the release of “Telekon” heralded the first recording with Simple Minds in my Record Cell!  I had heard the name by then, but had not had the pleasure otherwise. The band were close to Numan when he picked them to open a German Tour and they found themselves providing backup support in the studio.

2018 has seen both Numan and Simple Minds releasing top 5 albums in the UK, so Kerr + Co. were crazy like a foxx to merge their energies with Numan in this fashion. The song has been rebuilt from the ground up with only Ged Grimes’ walloping bassline and Kerr’s vocal retained from the master. The glitchy synth gank in the intro lets us know right up front that this is not your father’s Simple Minds single. The rest is synths that were slinky and sinuous with delightful minor key countermelodies fattening up the sound and doing their best to add an aura of foreboding to a song that was about summer approaching! Still, Numan and Fenton were obviously up to the task. They have dragged the song into enemy territory fairly successfully. I like how the drum track got dubbed out in the middle eight.

The colorful “cover design” for the two “Summer” singles have the colorful “disc sector” design on a black background [naturally] for the Numan mix, with the same artwork in negative aspect on a white field for the straight album edit mix. The artwork, as you can see below with the Numan and album mix artwork being rotated through positive and negative cycles, is almost the same art turned negative… with the exception of just a scant few regions of color that differ from each other. The art was 95% exactly the same and the effort required to make it differ just that much doesn’t make much sense to me.

One thing is for sure. Numan should try his hand at production more often. I like the sound he brought to the table here. It was playing to his synthetic roots without going aggro, which I really have no time for from him. Similarly, since they don’t really release physical singles any more, it’s nice to have the occasional remix from Simple Minds that I can actually buy in the US as a DL! Unlike those Johnson Somerset remixes of “Big Music” songs from a few years back that I would love to buy but can’t!