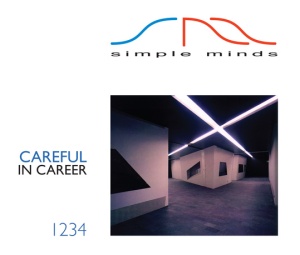 After the arrival home, my Simple Minds batteries were at full charge. It was time for a new monastic focus in my life, to better assuage the anxiety-provoking permanent job search mode that I existed in. I believe it was back in 1998 that I made my first, almost laughable, attempt at a Simple Minds boxed set of god®. The earlier, 1998 set was a project to round up a load of loose vinyl and CD rarities into a coherent package once I had my first CD burner at home. 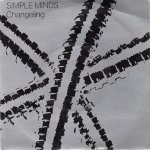 By that time I had most of the Arista singles, with the exception of “Changeling,” so I high-tailed it to Rock & Roll Heaven in search of one. I didn’t see it in the racks, so I asked Ray Ehmen if he had one. He brought out a box from the stockroom stuffed with immaculate Simple Minds singles on the Arista label and plucked the desired record out of the box. Eight dollars later, I was ready to rock. My methodology back then, since I had a working DAT deck, was to record my vinyl to DAT at 48 MHz, then input it to my Quadra 840 AV, downsampling it in Sound Designer II to CD resolution and burning it in Toast.

I had the four volumes of Themes that Virgin had issued in 1990. These 5xCD packages [expensively] collected presumably all of the 12” rarities [B-sides, remixes and live tracks] from the group’s Virgin Records era. Of course, the Arista material was not available except on 7” vinyl, so that and any other of “Themes” missing parts like the US “Promised You A Miracle” dub mix] were digitized from my vinyl racks and the resulting package carried the history of the band from their debut as Johnny + The Self-Abusers, through to their imperial period on Virgin, with remixes and live tracks from at least up to the Themes Vol. 3 set, possibly Vol. 4 as well. The artwork used a photo from the recently opened Holocaust Museum on the cover of the 4-disc box with plenty of white space for that “Empires + Dance” feel. Convenient, in its time, but clearly lacking when the full knowledge of what was out there began to accumulate. 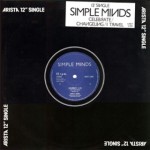 With online resources then available, in 2002, I discovered many things that I didn’t know were missing. The “Celebrate” 12” for a start on Arista! Also, I had not bought many singles that followed the “Once Upon A Time” period, but this was now rectified. This was the era of chart-rigging and there were 7″ singles with unique cuts, multiple CD singles, and 12″ singles aplenty. I hit the internet and tracked down many CD singles and even the occasional vinyl release. The spreadsheet became very large, indeed. I spent about a year tracking and buying the components that I needed, including a brace of promo-only 12”ers that were released to DJs at the time of the “Néapolis” singles. I do believe that the last thing I bought for this project was the “Real Life” UK 7″, since it had a live version of “See The Lights” on the B-side. The gatefold 12″ would have yielded better sonics, but I found the 7″ first in Yesterday + Today Records at the time of seeing the band in 2002, so I went with it.

I also thought to include the Simple Minds side of a 2xLP “King Biscuit Flower Hour” radio promo live album that had three hot cuts from the legendary Irvington, New Jersey show. I even included live recordings of Jim and Charlie playing at The Proms concerts in Europe with a full orchestra from 1997. Cheesy, but my aim was to be more thorough than I had been previously. Obviously, I had crossed a line in the sand and was now interested in hearing everything by the band, even that dating from eras that have me the hives. The previously mentioned Balkanization of the Simple Minds single releases with what seemed like over a dozen 12″ singles [European only] under several names other than Simple Minds [White Spaces With Jim Kerr, Taormina] and for specialty dance labels that dated from 2001 to the time that I was compiling this set [and beyond] meant that the two most recent years were very messy for collectors. I decided to draw a line in the sand and end the new project with the Chrysalis era. That consisted of DJ mixes of old Simple Minds songs that were the B-sides to “Glitterball” and “War Babies” singles. 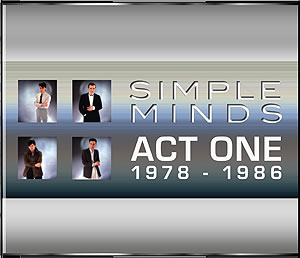 Act One had the preferred material. Silver was the color.

After buying the necessary items over many months, I had enough material for a nine disc set. I configured this into two multi boxes. The first holding ’77-’86, and the second holding ’86-’98. For the design I found early promo shots of the band from ’79-’80 that were amazing. They were rather arctic looking, and I got the idea to make the artwork very deluxe. I had fat multi-jewel boxes with inserts that could hold 4-6 discs each. I set the four portraits against a chrome steel gradient, with the band’s name dropped out with an inset shadow. This was inkjet printed on acetate that was backed with silver metallic mirror card and fit into the multi-box. I thought that would be easy to buy the mirror card at an art or craft supply store in town, and boy, was I wrong! I ended up buying it on the internet, only to have the first shipment unusable due to the seller packing it less than thoroughly and rolled, besides! A re-shipment after I complained, had the sheet cut into quarters, and packed more securely, to avoid unsightly dents and wrinkles in the surface. 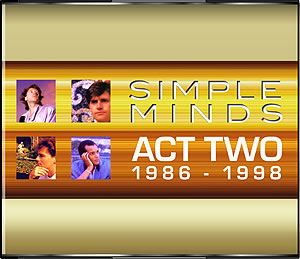 The second box – all that glittered was not gold.

The next box used portraits of the band dating from the “Live In The City of Light” era, this time on a metallic gold gradient [that I’m going to date myself here with, was created with Kai’s Power Tools®]. Again, this was inkjet printed on acetate, and backed with metallic gold mirror card. Might I say that this CD art was the nicest looking of any kind, I’ve ever seen, pro or fan. The Photoshop similations used for this post don’t begin to approach the qualities they embodied, but alas, my achilles heel was the ink on the acetate. Over the years, it bled on the surface of the acetate so that the images of the band in particular, became an out of focus blur where once were recognizable faces. Otherwise, I would have photographed the actual boxes for the purposes of this article. [memo to self: re-print the art on acetate, this time with a color laser printer]

The first box [“Act One”] was four discs and the second [“Act Two”] would hold six, so I made a 10th disc that was a Simple Minds CD-ROM [web based] so that I could teach myself Dreamweaver [my, how time’s changed does anyone use HTML any more?]. It held a ridiculously annotated complete discography of all source materials, deep liner notes, all of the artwork necessary to replicate the sets, and hours and hours of bootleg recordings obtained through the least likely vector I would have imagined. These live recordings had a profound affect on my fandom, to be discussed next.

Next: …The Bass of God