Posted on October 9, 2010 by postpunkmonk

I first encountered the intriguingly named Mr. Held within the context of what I considered to be one of his finest works. I had read the “New Romantics” article in a 1981 issue of Trouser Press magazine, my personal fave music rag of my formative years. All of the usual suspects were named there and by and large, the New-Ro trend was music to my ears. I was puzzled at the mention of a band called “Gina X Performance.” I filed the name for future reference and kept an eye peeled.

Some time in the next year I was visiting the awe inspiring Record City Fern Park location and diving into the prodigious cutout bins, which were stuffed with imports, when I saw it. An album, dated 1978 by GXP, entitled “Nice Mover.” I paid the few dollars it probably cost and took it home to have it dominate my listening almost immediately. The New Wave Deadpan Woman singer vibe was perfected here.  Singer Gina Kikoine sang each song in a flat, German accent and almost every track was about lesbianism, with a side order of transgender issues to go. Significant titles: “No G.D.M. [dedicated to Quentin Crisp],” “Casablanca,” Be A Boy,” Exhibitionism,” “Black Sheep.”

The music was largely the domain of one Zeus B. Held. He produced [along with Martin Homberg] and played keyboards. I could describe the music poetically, but this excerpt from the back cover really says it all:

“With the exception of vocals and drums the sound on this album was produced with the following keyboard instruments:

Some analog and digital delays and flangers took part in the realization of this music.”

Oh yesssssssss! In other words, this album was a keyboard lover’s dream. Rich, warm,  voluptuous sounds erupted from the vinyl, all lovingly realized with the finest analog technology of the day. This was further enhanced by the decadent subject matter of the songs. I instantly became a fan of GXP and kept an eye out for this Zeus B. Held. I didn’t have to wait long for him to resurface.

The second album by the Birmingham [UK] group Fashion was issued that same year. “Fabrique” is my favorite techno-funk album ever. Here’s what its inner sleeve says:

It looked like Zeus had added to his studio menagerie in the intervening years! Though the orientation of the songs is strictly hetero on this album, it ups the decadent slink factor of “Nice Mover” by a factor of three. This music was just made for cruising the slick, night streets of Berlin at 4:00 AM in your DeLorean. If cocaine were music, this album would be the result. The band famously declared that this album was designed as accompaniment for “screwing and taking drugs” and I wouldn’t dispute that.

Zeus B. Held’s production technique reached its acme here with the height of analog technology mixing beautifully with the nascent digital tech of the day. This album sounds like it cost a fortune in 1982 dollars and you can hear every cent spent. Vocalist De Harris’ surgical guitar licks heighten the tension. The result is my favorite white funk album ever [sorry Heaven 17!]. 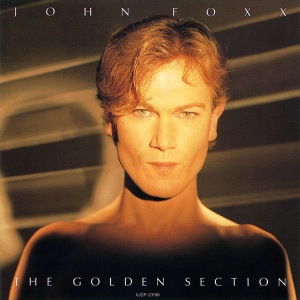 The next time I’d encounter Zeus B. Held was the next year when he became the only person to ever produce a John Foxx album other than the artist himself. As you may have read a few days ago on this blog, Foxx produced the ultimate cold wave album in 1980 with “Metamatic.” His much thawed 1981 album “The Garden” revisited the warmer territory of his 1978 masterpiece with Ultravox, “Systems Of Romance.” His next album in 1983 was the even warmer “Golden Section.”Sumptuous tracks like “Your Dress” were painted in warm, delicate washes of synthesized sound. This was the greatest trait of Held in that his approach to sound synthesis was defiantly rich and warm. All three of the records discussed thus far were the highest of high-tech and yet they reek of warmth and humanity. 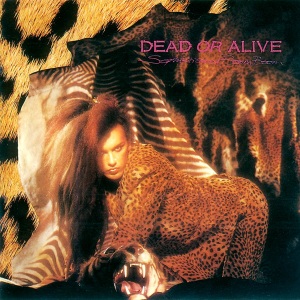 After “Nice Mover,” I’m sure Zeus was the go to man for  transgressive, gender-bending dance pop artistes. It didn’t take long for Pete Burns to seek him out to produce the debut album by Dead Or Alive, “Sophisticated Boom Boom.” Though the campy “hello sailor” approach that Burns favored made this one of the rare productions I have in my collection by Held that I can take or leave.

In 1984 the final album by Gina X was released. “Yinglish” was a more modern, digital sounding album than ’78s “Nice Mover” had been. But the songs strayed from the lesbian monomania of the debut album for a more varied palate this time. A Serge Gainsbourg cover of “Harley Davidson” was most appreciated. Elsewhere “BB50” was a tribute to the original singer, Bridget Bardot. A cover of The Beatles “Drive My Car” was given the Art Of Noise treatment with Fairlight courtesy of J.J. Jeczalik. The LP came with a bonus album of remixes. And Ms. Kikoine sure resembles Pete Burns as seen on the sleeve of the preceding record, doesn’t she? It was at this time that I had read somewhere that Gina and Zeus were married. Shocking! 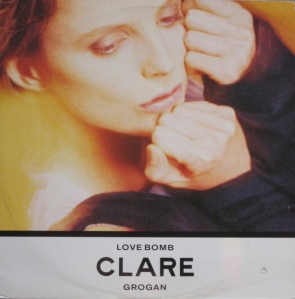 In 1986, Zeus made the sole solo single from Clare Grogan, the ex-singer of Scot New poppers Altered Images. Unfortunately, “Love Bomb” stiffed on the charts, if not in my collection, and the album was shelved. Has anyone heard a leak of this project? 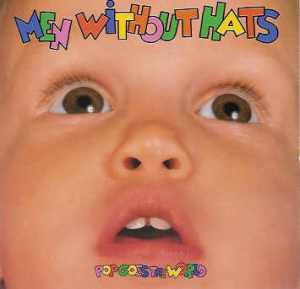 The next year fared better with Zeus producing the most listenable album by Quebec’s own Men Without Hats. “Pop Goes The World” manages to allay most of the traits of Ivan Doroschuk that prevent me from liking this band more. Hell, Jethro Tull’s Ian Anderson even contributes flute to a track! While I have four of the groups albums, this is the most rewarding one and I can only attribute that to Held’s musicality holding sway.

Another fine Held production that year was from Pete Wylie on his excellent “Sinful” album. Pete played every note on it, apart from backing vocals. With such a talented performer, all Zeus had to do was get it down on tape, and that he did superbly. Though I love Held’s grasp of high-tech music, by the late 80s he was right to hold back on the techno-excess and concentrate on the songs. It makes albums like this one and the MWH opus of the same year less dated than they could be. The mark of a great producer is taste and Held’s seems fairly unerring to my ears.

The next Held album to grace my collection was the 1988 fave-rave debut of Transvision Vamp. “Pop Art” was an adrenalin-fueled burst of jet trash pop rock that I might have despised or avoided had I encountered interviews with loudmouth singer Wendy James prior to hearing them. Fortunately, the band came to my ears without such baggage and I loved them honestly. “Pop Art” is by far the best album that TVV would ever make. Held shared production with Duncan Bridgeman, whom we last heard playing with John Foxx on his “The Garden” and “Golden Section” albums or in his own fine band, Gardening By Moonlight. Held produced the band’s ultimate cut to me, the anthemic “Trash City,” which should have been a single if only to hear the extended remix that Held would have crafted. 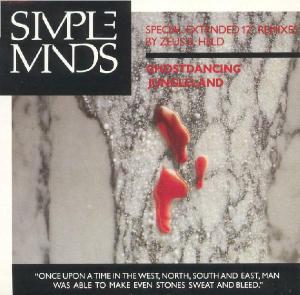 Held also provided some excellent remixes when not helming production. I loved his 1986 remixes of “Ghostdancing” b/w”Oh Jungleland” that he did for Simple Minds. In each case he turned a sow’s ear into a silk purse, to the best of his ability. 1986 was the year it all went off the rails for my favorite Scot band, but at least his remixes afforded the now ponderous louts some Germanic dignity. In 1987 he became the first person to remix Gary Numan’s “Cars” and his “Extended E Reg Model” was one of the better of these attempts, that would begin as a trickle in the late 80s before becoming a torrent of garbage by the 90s. 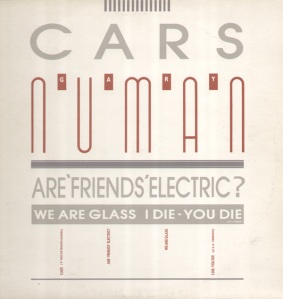 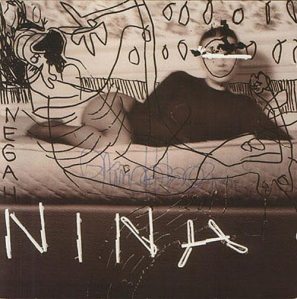 The last two production by Held that I have in my collection were for the great Nina Hagen. In 1989 he produced the fearless singer’s self titled album, which is one amazing record. “Nina Hagen” opens with a great cover of Janis Joplin’s “Move Over” that fully matches the original for fire and verve. Elsewhere, the blunt “Dope Sucks” is the closest the German firebrand ever came to speed metal. In 1991 I have the last album produced by Held in my collection. Nina Hagen’s “Street” is an au courant album [complete with guest shot from Adamski] that has worn less well over the years than the album that preceded it.

Zeus B. Held – the man himself today

As I investigate, I see that Held had by that time possibly moved away from the UK and his run of production I enjoyed became harder to track. All of the groups he’s produced since then are unknown to me and seem to be scattered from all over the world markets. So here’s a toast to Zeus B. Held, a great producer who has mastered all of the electronic technology the world of music has to offer, yet is guided by rock-solid musical principles that always hold the song’s integrity as primary.