Review: Gardening By Moonlight – Method In the Madness

Since my recent John Foxx/Zeus B. Held postings refer to Gardening By Moonlight I thought that perhaps a bit of background on this amazing group was in order. I first heard of them in the course of a 1983 John Foxx interview where he was asked what he enjoyed listening to at that time. That’s also when I first heard the name Virginia Astley, marking her as another artist to seek out. Finding either of them became a priority. Amazingly enough, I soon found GBM in the used bin of one of my favorite record stores – Crunchy Armadillo Records. The duo consisted of drummer/vocalist John Johnson and keyboardist Duncan Bridgeman. Johnson was in The Skids and earlier, Wayne/Jayne County’s Electric Chairs. 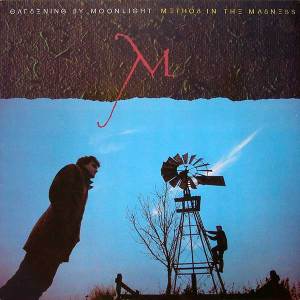 Actually, I was long familiar with Duncan Bridgeman at the time. He was in the cult Compact Organization band Shake Shake and as of 1981, was in Foxx’s band on keys along with his partner from Shake Shake, Jo Dworniak on bass. They also formed the core of the group I-Level. They appear on both “The Garden” and “The Golden Section” albums. You’d be excused for not being familiar with Gardening By Moonlight – they were issued on an obscure Island Records sub-label [Interdisc] I’ve never seen any other releases on. So they were a unique and obscure synth duo from 1983 with A Peter Saville Cover. Need I say more? No bass/guitars save for a few, sparing touches on 1-2 tracks… but violins & cellos are all over it! Imagine Shriekback and maybe a little Depeche Mode [circa “Construction Time Again”] with mixing by Adrian Sherwood [who actually did mix much of this]. Tasty, dubby, unique stuff. Fans of the legendary DM On-U Sound mixes should definitely seek this out!

The sombre title track gets things off to an unsettling start. The lurching rhythms are accompanied by wordless vocal chanting over which Johnson’s pained vocal creates a sense of unease. Afterward, the listener is rewarded immediately with the brilliantly arranged, “Letters.” Why this was not a single, I can’t say. The Speak & Spell hook is a classic of its kind [used by OMD at that same time on their idiosyncratic “Genetic Engineering” single], followed by very-Depeche Mode sounding synth riff sounding like a lost bit of “Construction Time Again” swirled into the vibrant mix. The interplay between Johnson’s vocals, the sound FX and the rhythm bed is pretty contagious!

The next song is the sumptuous “Diction & Fiction,” which was the band’s second single. The electrofunk music bed is peppered with tasty percussion that heightens the tension in the cinematic tune. Exquisite! This is followed by “Whistling In The Dark,” the band’s third and final single. Another acme is the leadoff track from side 2, “Weights + Measures.” I will forgive you for thinking you are listening to a “Care” outtake from Shriekback as this track develops with as glorious a reptilian noise as anything from Barry Andrew’s crew. 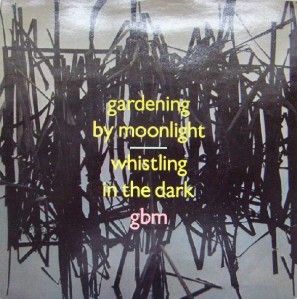 Oddly enough, the B-side from the debut single, “Strange News” now shows up in the album running order. This is followed by “Chance” and what the cover claims is “Strange News 12 inch version,” but sometimes covers lie. The 12″ version is a good 90 seconds longer than this album cut. Maybe the best laid plans fell apart after the album artwork was sent to the printer? Then “Method Again” sums up the album you just heard in dub form. 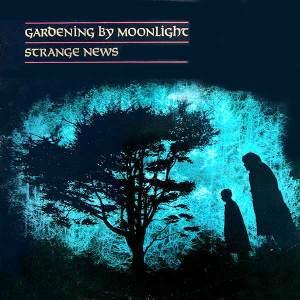 If this album has any weakness it’s that there are, in all fairness, only seven songs here. Side 2, track 2, “(Is It Safe) Strange Views,” is a dub mix also serving as the b-side of the debut single, “Strange News.” Which is itself side 2, track 4. On top of that, the final track on the album, “Method Again” is a six minute dub of the entire album, ala “Top Ten Again” from the Flying Lizards, “Top Ten,” which appeared the following year. That’s not surprising since Johnson also played with The Flying Lizards on their much-sought-after “Fourth Wall” LP, so David Cunningham may have nicked the idea of ending the album with a dub mix of the whole shebang from GBM!

The attendant singles feature a couple of 12 inch mixes and more dub versions, but I must say that “Green Line,” a dub mix of the outstanding “Letters” is hardly perfunctory! The singles have not a single non-lp B-side among them, merely more dub mixes. I’ll understand if the idea of “filler” begins to manifest itself in your mind. Fortunately, the electro dub work here is very accomplished! After all, they got Adrian Sherwood himself to mix it! I’d still pick Colourbox 12″ers from the same period [“Colourbox. Colour-Colour-Colour-Colour-Colour Colourbox”] as the ne plus ultra of nascent electro-dub, but this, as they say, ain’t hay.

Almost as soon as they began, Gardening By Moonlight split apart and Duncan Bridgeman has stayed fairly busy working on this and that. He ended up splitting production on the first two Transvision Vamp albums with Zeus B. Held. Less was heard of John Johnson but his website has a great new song and video he has recently done, “Can It Be? UNCONDITIONAL.” That’s a pretty cool new track from Mr. Johnson! It reminds me a bit of the early glory days of Renegade Soundwave [see “Biting My Nails”] with it’s funky, ass-shaking electro-vibe. Perhaps a touch of mid-period Cab Volt as well [sigh!], but very much its own laidback self.

3 Responses to Review: Gardening By Moonlight – Method In the Madness