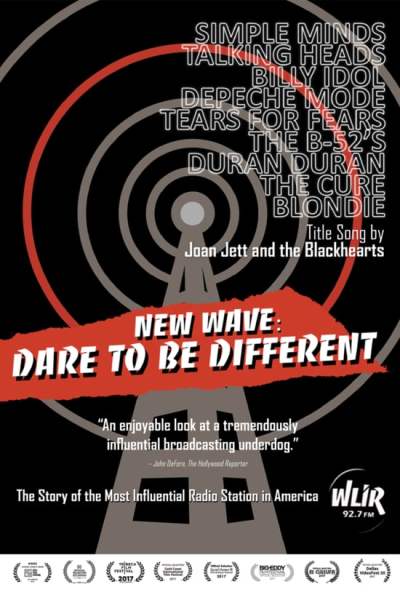 WLIR-FM the little station that could

This was certainly the week for Midge Ure appearances in music documentaries! First he figured in the Conny Plank film and now he’s even showing up in the menu for “New Wave: Dare To Be Different;” this fabtastic look at the scrappy and lovable WLIR-FM; charting the station’s turn away from go-nowhere FM Rock in the late 70s to trendsetting New Wave beacon of New York City by a solid run from 1982-1987.

The station was one of the first FM stereo stations in the NYC market from 1962. By the early 70s they were a typical free form rock station of the era; before malefic format consultants like Lee Abrahams [spits] had stuck a stake into the heart of free form FM by the late 70s with their tight playlists and demographic studies.

Midge Ure is not the only musician here who describes this time of coming to America and hearing wall-to-wall “Stairway To Heaven” on every station and at all times, but he’s the first and as someone who also escaped from FM Rock of that era, they are not joking. I’d swear that there had been a law passed requiring a FM station to play it every four hours to keep their license! It really was that bad! 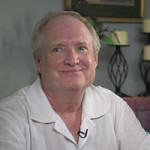 By the early 80s that was the FM landscape. New York City has a large market and WLIR-FM only had 3000 watts to play with and were becoming very marginalized as more powerful signals were eating their lunch. Program Director Denis McNamara decided that they would strike out to separate from the pack and zig while every other station zagged. They would actually play all of this weird new stuff that only college stations and clubs were touching. He was a listener to this stuff himself and thought that an entire valid ecosystem was being commercially neglected.

So the station quickly found an audience of young listeners who needed rock music that their parents weren’t also listening to. The documentary even includes scenes of members of Blue Oyster Cult and the Good Rats decrying how WLIR went from steady allies to playing this “homogenized crap” and showing these bands the door in the process. Don’t let the door hit you on the way out!

The docu takes a very thorough look at how WLIR thrived in the change from a number of perspectives. The promotion of concerts and cross-promotions with New Wave rock clubs forged a vibrant culture where everyone was coming out a winner. The station was available in NYC before MTV was ironically available in most cable systems in their home city. It’s not a stretch to think that WLIR might have influenced the preponderance of “New Music” as they called it, on MTV, though the skewed availability of great New Wave videos was undoubtedly a big factor in why Double Duran suddenly found themselves with a viable career here all of a sudden. So this seemed to explain where the “New Music” nomenclature that supplanted “New Wave” came from! McNamara didn’t want to tie the station to a term that had been kicking around for 4-5 years by then. I had wondered about that. I noticed that it was very much a 1983 thing, and MTV also used that terminology. 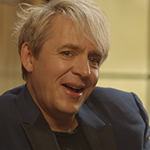 Bands getting airplay there were not just packing them in clubs. U2 sold out stadiums in advance of their world conquering phase. The station and its DJs were forging strong bonds with their audience and their ad sales really picked up. Lots of the New Wave royalty of the day were on hand here to recount the difference that WLIR made in their stateside visits to the east coast. Nick Rhodes and Tom Bailey discuss how the station enabled them to reach a wide swath of audience who were ready for their sounds when it just wasn’t happening anywhere else, except for maybe Los Angeles, where KROQ-FM had been the first large market station to break ground in this territory. Big markets like that had viably large subcultures that these stations could profitably tap into. 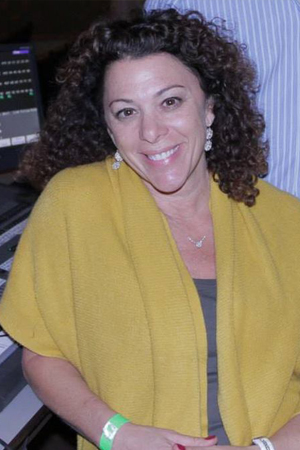 Lots of vintage footage was available and director Ellen Goldfarb [right] had access to materials from the dawn of the camcorder era that painted a picture of a station that existed in a tin box built above another building in Long Island. The studios were hardly state of the art and I told my wife that it looked similar to the board and booth of the high school where I was a DJ at my school’s station. WLIR was a step up to what looked like a college station but still competing in the fierce NYC radio market effectively. Bands would drop into the modest studios to do a little promo unannounced and by the time they made their way down the stairwell to the exit, they could find themselves awash in hundreds of fans. But the station itself had a solid body of listeners/fans. Many of them figured in the movie telling their stories of avid listening to WLIR and how they have taken that foundation forward in their lives. 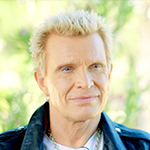 I came away from the film with a newfound appreciation for Billy Idol as well. He gets a lot of screen time since he is exactly what he looks like; an unfiltered artist whose vivacity and enthusiasm explodes off of the frame. Listening to him waxing eloquent about the time and place suggested that he would be fun to get trapped in an elevator with. “New Wave: Dare To Be Different” was a heartfelt Valentine to both New Wave music and anyone who has ever loved a radio station that has risen above the norm to actually make a different to their listeners. 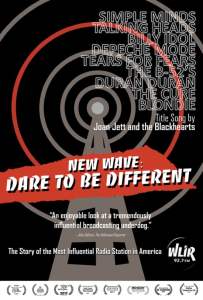