Mott The Hoople Are Touring America In ’74 Configuration 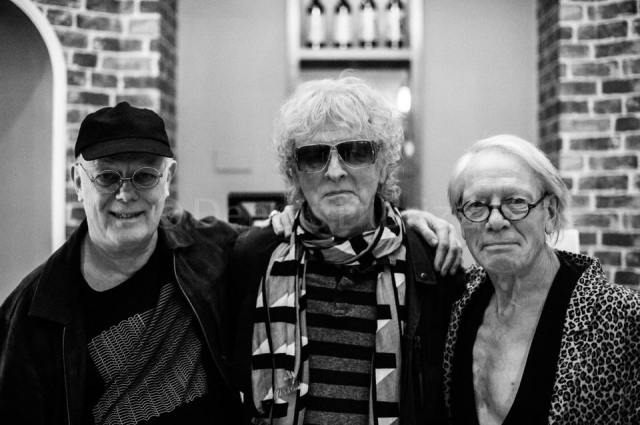 A few weeks ago I was hanging around the Trouser Press Forum, and to what to my wond’ring eyes did appear but a thread discussing the fact that Mott The Hoople were mounting their first US tour since 1974 in the coming months! Holy…! I really like Mott The Hoople and consider Ian Hunter one of the best writers/rockstars of his generation. I have never seen him or obviously, Mott live. Sure, sure. We all know “All The Young Dudes.” It’s a Classic Rock song that was truly anthemic and legitimately attained classic status from the get-go. But I suppose I became more finely attuned to the wonders of Ian Hunter when his solo album, “You’re Never Alone With A Schizophrenic” was released in 1979. 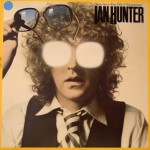 By then he was well teamed with Mick Ronson on lead guitar and the album even had John Cale throwing some punk era grit on the the searing “Bastard.” As much as I liked New Wave and considered myself a modern rock fan, I had to admit that if mainstream rock were all as good as this album, maybe Punk would not have been so needed? Of course, The Clash were huge Mott The Hoople fans and used to follow them on their tours before forming a band themselves. Mott were known for not building walls between their fans and themselves which informed The Clash completely in their attitude to being “rock stars.” Mick Jones even ended up producing one of Ian’s solo albums, the divisive to some [but I love it] “Short Back + Sides.” It got a lot of stick at the time for being “Ian Hunter’s Sandinista” but I can’t find any fault with that! 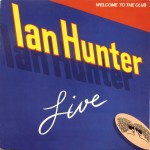 By then I owned several Mott The Hoople albums as well, with my favorite being their ’74 opus “The Hoople.” I bought it as a cutout at K-Mart and loved it to bits. When the next year brought the live album from the “Schizophrenic” tour as “Welcome To The Club” it has remained a fast favorite to this day. It did a magnificent job of capturing the full breadth of Hunter’s impressive songbook in a hot live setting. As a “live album guy” [I sometimes think I could live off of  just live albums if I had to] this has always been in my top five of all time. I was dying to see Hunter at the time, but in 1980 the closest he came to Orlando was a gig in Tampa in the fall of 1980 doing a fund raiser for independent John Anderson‘s US presidential bid with Todd Rundgren along too! I would have loved to have been there but at age 16 I was not traveling across the [admittedly narrow] state. Neither I nor any of my friends who might also want to go drove yet.

I had one chance in 1990 when touring behind “Y.U.I. Orta” that Hunter and Ronson appeared in Orlando. It was at the Point After, a college bar near the university I graduated from, and it seemed too déclassé to see these giants of rock in such a downscale setting so I didn’t go. Three years later Ronson was dead and Hunter would never play within my zip code again. That was around the same time that I passed on DEVO in Orlando as well, thinking “they are past their prime” like an idiot. When Mott The Hoople reformed in 2009 for a series of UK gigs where the full band trod the boards once again, I didn’t think that there would ever be a US tour. Ian tours America a lot, but nowhere near where I live. There have been occasional Atlanta shows but the timing was usually bad on them with other trips occurring right around the same time, and even without conflicting dates, there’s only so much money in my fist.

I told my wife about the new Mott tour, asking her “guess who’s touring America for the first time in 45 years?” and “Mott The Hoople” was the first thing out of her mouth. She looked at the ten dates far away from the southeast where we live, and noticed that they were playing Cleveland. Of course they were playing Cleveland! Cle is prime Mott real estate in America. The city took Bowie/Roxy/Mott to its collective bosom first before any other strongholds happened in America. Well, my wife made a leap that I had not even thought of. We can drive to Akron and stay with her family, saving tremendously on the cost of an out of town show. Duh…! So where will these gents be playing? A short run of UK and US dates. 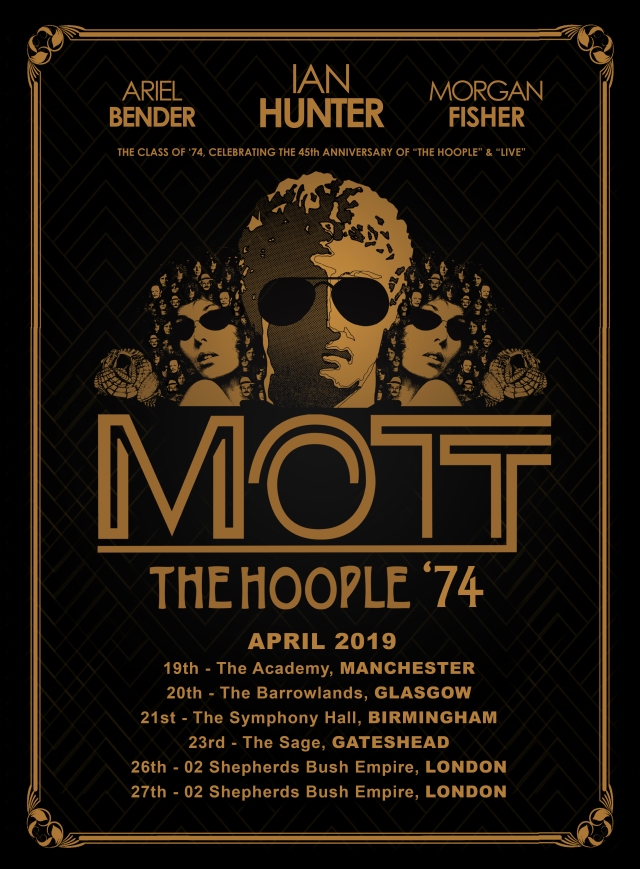 I was able to get Mezzanine F tickets for $60 each plus fees thanks to having to register a Live Nation [spits] account. Well, I can’t complain. It was far less painful than the Simple Minds tickets I last bought. It’ll be great to see a Mott The Hoople show aiming like a marksman on their 1974 era as I expect most of “The Hoople” to get a playing. Of course, there’s a practical reason for this emphasis. Dale Griffin, original Mott drummer is no longer with us since the 2009 gigs. And Mick Ralphs formed Mott but left in ’73 to form Bad Company. He was in the 2009 lineup, but his health has deteriorated to the point where he can’t tour. So this meant that keyboardist Morgan Fisher and guitarist Ariel Bender from the ’74 era were tapped to play this time out. Fisher, in addition to his Mott credentials, has a vivid experimental/Post-Punk career worthy of diving into. I have wanted his “Miniatures” album since 1980, to say nothing of the Hybrid Kids.

The rest of the band for the tour comes from Ian Hunter’s Rant Band; meaning Steve Holley on drums, Paul Page on bass, and James Mastro [!] on guitar. It should be fun. The Masonic in Cleveland is a nice, refurbished music hall of some character. The Cleveland Rockers should be over the moon at this show, so I can’t imagine a better audience to see it with. As Ian Hunter will be 79 at the time of the gig, this will be one of the oldest musicians I’ve ever seen live, though not the oldest. More on that later… but anyone who fancies a Saturday Gig with Mott The Hoople like I’m seeing on April 6th, best of luck with getting those tickets.