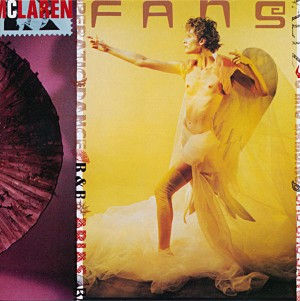 I was a cautious convert to the notion of Malcolm McLaren as a maker of records. You couldn’t quite call him a musician, could you? He always seemed like he might just be mocking all of us in his machinations. By the time of 1981’s Bow Wow Wow, he made his boldest stroke into the realm of pop music by moving beyond management and not only masterminding the concept and formation of the band, but also writing their lyrics. Which were top-loaded with as much provocative musings as he could cram into them.

His emergence as a recording artist with “Buffalo Gals” and the “Duck Rock” album managed to finally hook me. Here was a provocative postmodern thinker making grandly conceptual records that one could enjoy on any number of levels. I will still maintain that Township Jive got no better than on what “Soweto” from “Duck Rock” evinced. Of course, McLaren was no rube. He made certain to get capable musicians to realize his grandiose ambitions. Trevor Horn and the nascent ZTT Theam as well as indigenous musicians from around the world made “Duck Rock” the conceptual and musical tour-de-force that it was. When word filtered out that his next project was a hybridization of opera and hip-hop/R+B I think we all stood back and cocked an eyebrow.

All it took to win over the audience for “Fans” was a single airing of the video for “Madam Butterfly” on Night Flight back in the day. I certainly don’t remember seeing it on MTV, that’s for certain. The clip was a languid parade of barely clothed models in a steamy bath house and was directed by Terence Donovan, who kept the models coming for that series of inescapable Robert Palmer videos still being parodied now. But the creepy video was inconsequential next to the song itself. As produced by Stephen Hague, this song was undoubtedly the flashpoint that helped make his star rise since people like Andy McCluskey went to him on the foundation that “Madam Butterfly” afforded.

The genius of “Madam Butterfly” was in that it synthesized so many disparate threads of thought into a beautiful hybridized flower of immense feeling. The music bed was a minimal industrial rhythm with sampled flutes carrying the melody and McLaren’s voice over as Pinkerton juxtaposed against Debbie Cole as the strongly anglicized version of Cho Cho San performed in the then-current R+B vernacular with the all important parallel performance of Betty Ann White singing the actual aria throughout the song for an emphatic burst of feeling.

I used to own the LP and 12″ single which got traded in for CDs 33 years ago. In the last decade, I have been simply buying every McLaren release that comes my way. On this latest shopping spree, I found both “Fans” and the US “Madam Butterfly” 12″ and I had not heard the song in all of that time. When I stuck the CD into the slot in my car I was not prepared for the emotional impact of this weirdly affecting version of the Puccini opera I’d never heard. Listening to it now has become a powerful experience that brings tears every time. Not just on the aria. I’m now old and experienced enough in life to the point that this really strikes a nerve.

The title track was much stranger. Cribbed from Puccini’s “Turandot,” “Fans” chose to focus on a dedicated opera fan writing a letter to the tenor whom we can hear deep in the background of this queer R+B track. Vocalist Angie B doesn’t sing here the way that Debbie Cole did on “Madam Butterfly.” She performs in voice over much like McLaren did throughout the album.

The closest thing to an effective carry on in the tradition of “Madan Butterfly” was for the album’s other single, “Carmen.” The Bizet opera was the only non-Puccini source plundered here and it also maintained the heady mix of contemporaneous and classical that had distinguished “Butterfly,” though “Carmen” was a far earthier proposition than the tragedy of “Madam Butterfly.”  The juxtaposition of the arrangement here was more angular and suited the subject matter of “Carmen” rather well, though at the end of the day it was a far less emotional proposition.

“Side two” began with the outlier to something more different on the album with McLaren himself taking the spotlight on “Boy’s Chorus” from “Turandot,” which McLaren had repurposed into a possibly apocryphal look at his boyhood. The crossover with the actual boy’s chorus was about as subtle as the tenor Michael Austin’s appearance [barely] on the title track. What was fascinatingly unique about this one was the manner in which McLaren’s laughter was sampled and used as the strangest rhythm track I have ever heard. At first it slips by unnoticed until the third time it happens, then all of a sudden you can’t hear anything else.

The odd one out here on the album was “Lauretta,” taken from Puccini’s “Gianni Schicchi.” It actually came across as a ham-fisted attempt to modernize opera into pop forms without actually achieving art in the attempt. It seems by-the-book dull as compared to the rest of the album. Ending “Fans” with “The Death Of Butterfly” made a certain kind of sense, though it had nothing on the frontpiece to the album. In looking at the credits, it’s telling that the two most successful tracks here had music writing by Stephen Hague; the rest relied on Robbie Kilgore. Kilgore programmed keyboards on the freestyle classic “Let The Music Play” by Shannon, so I get where McLaren was aiming; I just don’t think it measured up to either the beauty of “Madam Butterfly” nor the madness of “Carmen” that Hague brought to the table.

In this day and age, I can’t believe that the oeuvre of McLaren has gone untouched where by rights there should at least be a 2xCD DLX RM of “Duck Rock” with the power to blow minds intact for at least another two generations. “Fans” was a more chancy proposition, but the brief 30 minute album justifies its existence easily just for being the carrier for “Madam Butterfly.” One of the strangest, most creative, and weirdly beautiful records of the Post-Post-Punk era.