Reader Echorich commented yesterday about the appearance of The Coconuts covering “If I Only Had A Brain” hot on the heels of Captain Sensible’s version of “Happy Talk” at roughly the same time period. And that got me thinking. You can’t rightly call such a performance a cover since the tune hails from the Tin Pan Alley era of music publishing and can’t be said to exist in a definitive version. These songs are rightly considered classics of the American Songbook and if you want to see a very long list, pop “Gershwin” into the search field at Discogs.com if you have nothing to do for the next several hours.

While New Wave distinguished itself from its forebears by releasing irreverent deconstructions of classic rock songs [see DEVO’s “Satisfaction”] it also opened the Great American Songbook more than a few times with a variety of Tin Pan Alley songs given a new airing for a new audience during the Post-Punk Era. Here’s a few that come immediately to mind.

It was a bit jarring when OMD performed this Harold Arlen/Mack Gordon tune from the late 50s. Sure, they did the song with synthesizers, but the melody hasn’t been stretched beyond recognition. The song is the odd one out on their 1980 album “Organization” and even the band wondered about their inclusion of this number looking back.

Heads really must have been scratched when the bass player for The Damned released this cuddly, synthpop cover of the chestnut from the billion selling “South Pacific” soundtrack. Really. This record was the “Thriller” of the late 50s. Every home had a copy. Word has it in the UK press that many a grandmum who helped take this single to number one on the British charts in 1982 were shocked; shocked, I tell you, at the antics of Captain Sensible after they ventured to his gigs at that time to hear their favorite song. What I wouldn’t have given to have been a fly on the wall back then!

Germany’s finest operatic New Wave star sang the triumphant song from “The Wizard Of Oz” in 1982 and RCA thought enough of it to issue it as a single. Anything that Nomi would chose to sing would be ennobled by his golden tonsils, though I’ve not heard this version, much to my dismay. I still haven’t managed to buy any Nomimusik as of yet.

I was not aware that Fun Boy Three released the venerable “Summertime” from the Gershwin’s score to “Porgy + Bess” as a single until I was getting a single sleeve for another one of their Classic American Songbook turns. I’ve not heard that much of FB3, to my shame.

Now this is a single on my racks. This was the introduction to Bananarama that most of us picked up on in those bygone days of 1982. If memory serves correctly, the video for this was even something of a staple on MTV before the likes of Journey and The Boss started monopolizing the playlist. 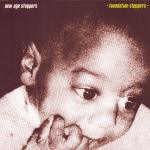 This was the other group the late Ari-Up was in and they apparently beat Carmel to the punch on this song from their Foundation Steppers album as released on Adrian Sherwood’s On-U Sound dub label. Being a fan of both The Slits and Sherwood’s mix technique, this is one I’d love to hear! 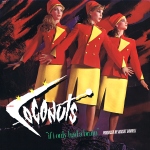 This was the second song from “The Wizard Of Oz” that made this batch of cover versions and the single we covered yesterday that set this thread up in the first place. Kid Creole’s backup singers step into the limelight from their first album, “Don’t Take My Coconuts.”

By 1984, it made perfect sense for Carmel, at the forefront of the New Wave Of British Jazz Pop to tackle the classic song “Storny Weather” in a Post-Punk/jazz context. The group’s take on it is classic jazz with the melody merely being a jumping off point for their new arrangement.

Rounding this batch of tunes out is another from the Gershwin Brothers’ score to “Porgy + Bess.” Bronski Beat released this as a single from their hit debut album “The Age Of Consent.” The band played their cards right up front by putting a photo of George and Ira Gershwin on the single’s cover! This is another tune I’ve not heard since I am allergic to Bronski Beat when they had Jimmy Somerville as their lead vocalist.

That’s just a list off the top of my head with a little serendipitous Discogs digging. OMD were early players at this game, which seemed to really take off in the ’82-’83 time span. Can you think of any other Tin Pan Alley songs that received a coat of Post-Punk paint? Join in in the comment field.