I thought that it would never finally happen, but this summer marked the crossing of a real line in the sand for 35 years for me. The great Scot band Fingerprintz finally made it to the shiny silver disc in an album jam-packed with pop goodness. Even the odd spare track on a CD compilation had barely happened for this group. To this summer, only the following four Fingerprintz songs made it to a CD compilation. “Shadowed” made it to a Greek EMI CD set in…2002. “Dancing With Myself” and “Houdini Love” were on Virgin’s 40th birthday card to itself, the “New Gold Dreams” set in 2013. “The Beat Escape” made the leap just two years ago on the UMC “Rip It Up – The Story of Scottish pop” CD. And last year, “Dancing With Myself” made it to the “Big Gold Dreams” box from Cherry Red. Sad, that it took some of these songs the excuse of a Scottish themed compilation to ultimately get the nod!

The first seven songs were from the first album period; the early singles and “The Very Dab” LP. The debut single was an earlier song called “Dancing With Myself” than the one you would probably know. The band was originally with Jimme O’Neill’s friend Step Lang on lead vocals, so he’s our host for this and the next two songs. “Dancing With Myself” won’t make me forget Billy Idol’s finest moment, but it’s a rousingly good song with punchy vocals from Lang. Having only heard later Fingerprintz with O’Neill singing, it’s a bit of a difference. Lang actually sounded more commercial to me, in that his Scot accent was not as pronounced, but you know me; a Scot accent goes a looooong way in making me deliriously happy! 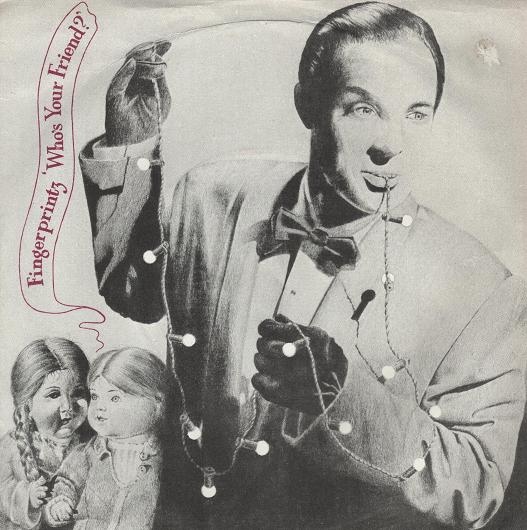 The next two songs hailed from the blue vinyl “Who’s Your Friend” 7″ EP which had four songs crammed on! Step Lang’s vocalizing on the A-side was actually quite impressive as he used machine-gun articulation to syncopate with the rapid fire music. The song was not as anthemic as the debut single, but it was indicative of the band’s growing talents. The B-side, “Nervz” was about as close as the band came to the punk side of things, being as they were a quintessential New Wave band in their outlook. That did not mean that they couldn’t get the boot in where necessary. After all, they were Scottish! 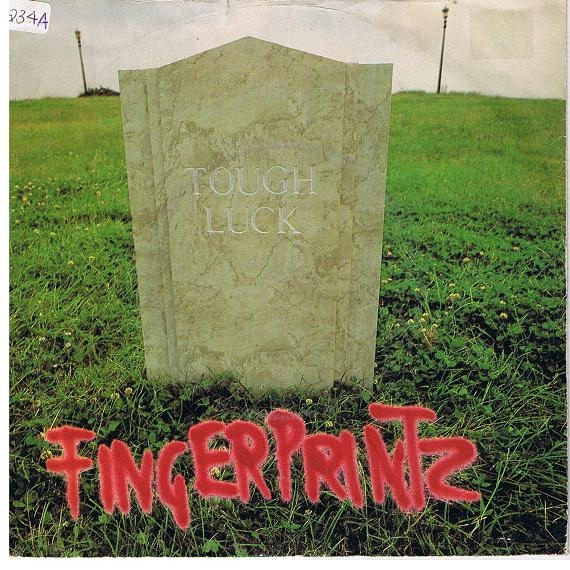 Virgin Records weren’t hearing a future with Lang and in spite of his lack of confidence as a frontman, opined that perhaps O’Neill might make the better singer. For his part, O’Neill wasn’t convinced by the production of David Batchelor on the singles so far. Jimme reluctantly took the mic going forward, and the rest of their singles and debut album would be self-produced. But the timing on him sacking his friend and releasing a single called “Tough Luck” was perhaps unplanned – no matter how unfortunate it may have looked! On his debut on vocals, he’s a little ragged this time out, but I can’t say that it didn’t actually enhance “Tough Luck.” O’Neill’s raspy burr was entirely appropriate here. And the band had no trouble in cooking up whatever kind of energy was needed for the songs. They had no trouble going anywhere on the punk to pop scale. 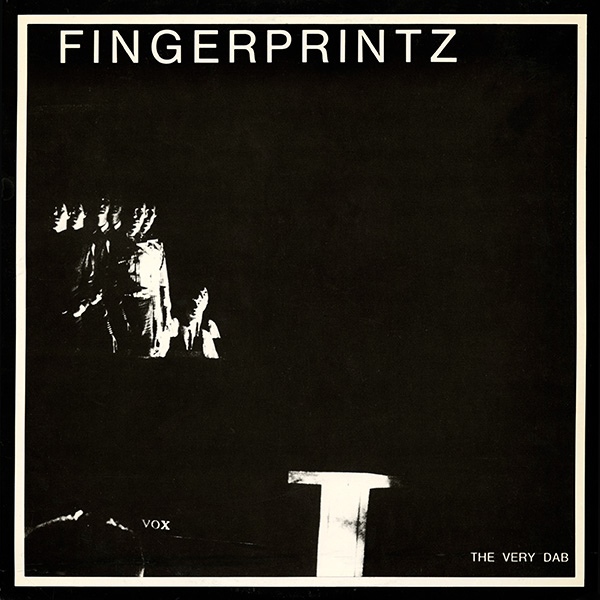 The last A-side was on “The Very Dab,” as were the next the next three songs. “Close Circuit Connection” was held in Virgin Canada’s esteem enough to be a single in the Great White North. The one weak track here was “Hey Mr. Smith,” a song that sure sounded like it might have been one of O’Neill’s earliest attempts. Sometimes, a track like this manages to make it on the the debut album, and it did not stand up to the standard of pop that was to be heard elsewhere on the CD. Much better was the song “Fingerprince,” which was inspired by the Residents album of the same name, even if the surveillance/peeping tom lyric was closer to what Peter Gabriel would do the next year on “Intruder.” But with the great deep backing vocals and a guitar skank snaking through it, some of the creepiness was diffused. 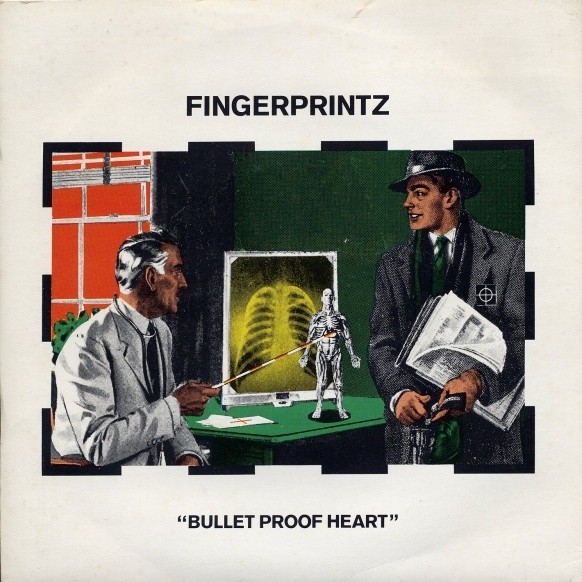 The switch to material from album two was profound. Gone was the grungy D.I.Y. New Wave sound to be replaced with Nick Garvey of The Motors giving the material a real power pop sheen. With almost too much polish on the single “Bulletproof Heart,” which was as anthemic as the band ever got. Given the paradigm shift of the single, it was perhaps inevitable that Jim Kerr decided to cover this song on his [excellent] solo album of 2010. Especially as The Silencers were a Simple Minds opening act during their stadium years. But the original is still the one to have.

The pure pop of “Amnesia,” the single “Houdini Love,” and the chiming perfection of “Yes Eyes” all painted a vivid picture of how this band first made an impression on me in 1980 on the “Cash Cows” sampler. The band sounded boundlessly energetic here and any tentative vocals from O’Neill were left far behind. Any fans of Power Pop who might have missed out on the ‘Distinguishing Marks” album would be well-served here by the songwriting and performance chops on display. To say nothing of Garvey’s powerful production.

Next: …Beat Me Up, Scotty