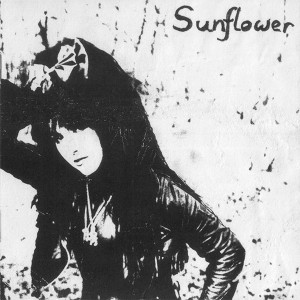 I got sucked into the Strawberry Switchblade vortex when I just couldn’t say no to the 12″ of “Since Yesterday,” which had appeared unbidden in Murmur Records one day. I bought every 12″ single as well as the band’s LP [there wasn’t a CD until several years later, and in Japan only], and I even bought the Ornamental 12″ of “No Pain.” I was aware of singer Rose McDowall’s dalliances with art-goth bands like Current 93 or Death In June; not really my cup of tea. What I was not aware of, was the 2004 self-released CD of this album of nine demos intended for the [missing in action] second Strawberry Switchblade album. It was some years later that I ran across this on Discogs and by then it was leaping toward the three figure price point; never a good thing.

I saw on The Quietus that Night School Records was re-releasing the album about two years ago. I moved on as I do and actually forgot about that event… until last December and a trip to Harvest Records conspired to put a copy right in front of my face for the first time ever. I thought it over for a good 8 seconds before plunging my hand in the bins to extricate it. It went straight into the CD player on the trip home. I had loved Strawberry Switchblade’s expert mix of treacly synthpop and dark, melancholic sentiments. Not since the glory days of fellow Scot band Altered Images had I heard such a potent pairing of the two very dissimilar tastes, that still tasted great together.

“Tibet” was built on drumbox over surprisingly adroit fretless bass [!] and ultimately buckets of McDowall’s winsome harmonies. McDowall’s penchant for the melodic underpinnings of folk music was a consistent thread through her songs of this early period, though this is the most contemporary music of her’s that I’ve yet to hear. The prepossessing “Sunboy” matched a radiant chorus with equally lovely guitar playing. I wish the CD credits were more forthcoming with who the musicians were on these recordings.

The tunes here were light with deceptive frivolity; all cotton candy melodies made on happy machines and guitars that belied the lyrics and subject matter. It’s difficult to believe that anyone writing a song about Genesis P. Orridge would end up with a confection like “On The Sun” but Ms. McDowall says as much in the CD’s free-wheeling liner notes. To the point, it’s the reason why we might care. The title track wonderfully juxtaposed airy melodies and an upbeat vibe that none the less exclaimed that she would “…cut you with the cake knife… right between the eyes.”

This remaster also featured both sides of a 1988 single, released without her consent at the time, featuring a cover version of the Blue Oyster Cult chestnut “Don’t Fear The Reaper!” It’s hard to believe that a mid-70s hard rock staple like that would be fodder for McDowall, but she managed to seriously re-write the rules on this one. After opening with a lush and fruity harp glissando, cricket-like drum machine castanets set the rhythmic pace for what amounts to a trim [under three minutes] flamenco take on the formerly histrionic rock flameout. Finally, the similarly titled “Crystal Days” is a different recording of the earlier “Crystal Nights.”

Since the first CD was a signed and numbered edition of 500, I was more than happy to have this affordable, and bonus track bedecked version available at popular prices. Its charms are manifold even though the low-budget nature of the recordings belie their provenance as demos for an album that never was. As fans of Strawberry Switchblade may know, the band lurched between hyper-kinetic synthpop A-sides and pastoral, acoustic B-sides, with the exception of their pastoral [and brilliant] debut single, “Trees + Flowers.” These songs almost take the middle ground between those approaches with synths and drum machines along with guitars to achieve the effects that Ms. McDowall wanted to achieve in her songs this time out.