Record Review: Paul Haig’s “The Warp Of Pure Fun” Boxed Set Shows That He Should Have Ruled The Mid-80s [part 3]

Disc three was a dive into the 12″ remixes both released and not released from “The Warp Of Pure Fun.” I actually had two of these tracks already in the Record Cell thanks to owning Les Disques Du Crépuscule compilations of “Chantons Noël – Ghosts Of Christmas Past” and “Moving Soundtracks.” 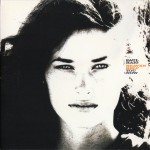 Can we just agree that “Heaven Help You Now” is the best song that New Order never recorded? And how better to experience it than as a luxe 8:38 long 12″ extended version as that was New Order’s ultimate medium. The church-like synth organ and a slamming drum track rife with propulsive fills expanded the footprint of this already immense number until it occupied the entire horizon…as it should have! Had I only heard this a decade earlier, this surely would have been included in my Finest 12″ Mixes thread.

“This Dying Flame” had been earmarked as a potential single. It was remixed but the call never came. It was used on the cassette version of “The Warp Of Pure Fun” and now the 6:33 mix in on the silver disc. Hearing it right after the previous track makes me think that this late burst of songwriting that added so much to the album was down to the problems Haig alluded to with his girlfriend in the liner notes. Songs like this made for some sort of solace. The 12″ mix was largely down to an extended coda with super agile rhythm guitar soloing over the dropped out beat with other instruments joining in the dubspace.

The 12″ remix if “The Only Truth” was far more than an extended version. The song had been radically remixed into a maximal, percussive stab at a kind of Freestyle track. If Freestyle cared about guitars, since there were plenty of them here. This was the sort of 12″ remix I preferred where the kitchen sink was thrown into the mix to make it much busier than the original mix was.

Alas, I seem to have found another mastering error on “The Executioner [Mix #2]” which sure seemed to be the same mix as Mix #1 on disc one. I’m at work now and can’t pull these tracks into an editor to verify, but I’m 90% certain. Though I’ve had “Chantons Noël – Ghosts Of Christmas Past” for some years now, as usual, I’ve yet to actually play it. But I’m happy to report that “Scottish Christmas” was a shimmering Synthpop instrumental bereft of any cringeworthy xmas lyric. Meaning that it functioned as year-round music to lift your spirits with its winsome melodies.

Speaking of wining melodies, it was a kick hearing Haig revisit the “Theme To The Persuaders.” I actually watched the syndicated series with Roger Moore and Tony Curtis scamming their way across Europe as a child. It sure sounded like Alan Rankine plying his guitar to the John Barry-penned TV theme. Making perfect sense as Barry was not only an influence of Haig, but surely to any once and former Associates as well.

“Change Of Heart” was a clattery, unreleased ’83 track from Haig that showed him leaning in the direction of Hi-NRG. Around that time, Pete Waterman was using similar beats on Divine 12″ers and would make the sound the cornerstone of his soon-to-be empire. The whole track was drenched in reverb but the tempo was slower than a PWL track would be; showing the Moroder roots that lay at the foundations of Hi-NRG.

One of the later tracks from the period the box covered was “Work The System” from 1986. It was an unreleased track that sounded like Haig might have been admiring “Into The Groove;” certainly the most palatable Madonna track. And his vocals were much different, of course! And as usual, he made sure to lay a lot of guitar into the track.

Next came a pair of remixes from the cream of the NYC underground. Curtis Mantronik remixed “Heaven Help You Now” in 1993 for a Haig B-side, but really, it’s a new recording en toto. Haig’s vocal was absolutely a new take, with this vocal much more relaxed than the tense, coiled style of belting that he employed at the time of the original album. The track was simpler and more stripped down, yet with its underlying melodic beauty not only intact, but enhanced with string patches. It just had more cowbell as Mantronik rocked his 808 for what it was worth.

Next up were Man Parrish and Paul Rodriguez, who mixed the US remix of “The Only Truth.” It still had Freestyle roots, that were actually enhanced by the popcorn percussive attack here. Parrish made sure to put a hella drop in the middle of the track that even managed to get what sounded like castanets into the mix. I also enjoyed the dubbed out rhythm guitar being given new prominence in the mix over all of the percussion. Sweet sounds! It said a lot about Haig’s taste as he looked to the finest talents of the NYC underground to mutate his sound. If his buddies in New order got to Arthur Baker first, at least Haig didn’t miss a trick with Man Parrish and Mantronix.

The third mix of “The Executioner” was actually very different. Almost a dub mix compared to the first one. Less samples and less frantic with more prominent beat up front. The synth hook owed a lot to “This Fascination” and got more spotlight here. The instrumental mix of “The Only Truth” was of the 1984 12″ mix. Finally, the last track added here was a strange one. “On This Night Of Decision” was one of the B-sides to the 1983 “Justice” single and the vibe to the track was completely different to the moods that could come to define “The Warp Of Pure Fun.” The only point of crossover I could find was the synth bass that had a common point of reference with the “Warp” material.

Next: …The Return Of Josef K?