Surprisingly critical to the band’s path in 2012-2013 was Cherry Red‘s decision to release DLX RMs of the band’s first two albums. The 2xCDs jammed with B-sides and demos were strong enough sellers for the label to extend an offer for their upcoming album. The band had produced the sessions with the intent of releasing it themselves, so in the end they smartly licensed the recordings to the label. As Dr. Robert put it in an email at the time…

The new album was called “Feels Like A New Morning” and it was a tight-knit affair. The four piece added only Nigel Hopkins on keys, strings, etc, and the who thing was done in a quick eight day session in Wales with Dr. Robert producing under his nom-du-disque, the wonderfully named Spill Factor. The packaging was a family affair, with photos from [as often] Michele Siedner-Howard; Dr. Robert’s partner, with the graphic design courtesy of his son, Joe. The CD version came with a bonus album of Dr. Robert Plays Acoustic Blow Monkeys,” which as it’s a solo album, is outside the purview of this thread.

The album got off to a surprising start with the Blues-like “Oh My,” which had the cheek to ply its trade over a Samba beat. Quite a genre mashup with Mick Anker’s undulating bass line leading the way while the lyrics were more overtly political than the previous album had been. Its decrying of the lure of money being simple and straightforward. As befitting its eight day gestation, the music here was similarly crisp and direct with the only blurred line being manifest in Dr. Robert’s watery tremolo guitar.

The title track threw up roadblocks to my expectations with the first time an electric drum kit had been used in a Blow Monkeys tune since their return to the studio. Tony Kiley’s punchy rhythms quoted Reggae, but the beat here was warped into something almost motorik. Built on four-to-the-floor plastic thwacks with rhythmic counterpoint courtesy of Jamaica. According to the official website discography, this was part of an EP release, and I found it on Juno Download. Radio edit, demo, and the remix of “Oh My.”

“Cover Me” hit like a ton of bricks with the melodica hook courtesy of reedman Nevile Henry right out of the chute in the intro to this melancholy song. The gently strummed guitar let the melodica sink in to its full effect as Dr. Robert took the measure of society and found it wanting. It was a sweet heartbreaker of a song. 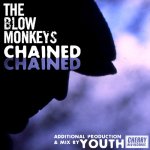 Another fantastic single was “Chained,” which kept a steady refrain of the title going before each line in the verses to hypnotic effect. But the lyric was far from expectation as it celebrated the breaking of chains, and took full flight in the oh-so-very-Bacharach chorus to marvelous, lilting effect. There was a DL single of this in a Youth remix coupled with an extended remix of “Said Too Much” which I am not having any luck tracking down in the usual DL emporiums…yet!

Anyone who knows me knows that I’d say you can’t go wrong if you lead with the bass, and Mick Anker did just that with the minimal, Blues-inspired “Said Too Much” with the bass taking center stage with only the steady motorik drumbeats of Tony Kiley making like a freight train chugging straight through this embittered breakup tune.

After releasing their first march on the previous album, the band had another turn in that format with “That’s Not Right.” The potent lyrics placed this into Pete Seeger territory as Dr. Robert was definitely interested in making a political stand as he had many times before in his songs. But in making the song a march, this took a definite retro turn.

While it started out as a straight Blues number, the intro to “In No Time At All” quickly shifted gears for a stab at Doors-cum-traffic late 60s Jazz Rock, complete with Fender Rhodes electric piano and some very Roger McGuinn guitar licks. Dr. Robert’s vocal was given distance within from a vocal effect treatment and when he bowed out at the longish track’s midpoint, all of the players took this right into Jazz territory that gave Kiley’s drums and especially Henry’s saxes plenty of room to explore this entrancing outlier of a track. I always love hearing their Jazz DNA pop up when I least expect it, and this was another treat. What I wouldn’t give for a full on Jazz album by this band. 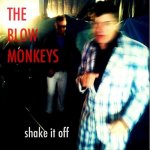 Another single was the funky strut of “Shake It Off.” It’s a classic Blow Monkeys move to imbue a call for personal and political change with such a danceable vibe. Kiley’s funky, shuffling drums, along with Dr. Robert’s vocal syncopation, manage to make me think of The Meters. And it’s fascinating to constantly hear this band writing and performing music that seemingly comes from nowhere in their history. Especially 32 years into the game.

It began with an organ drone and an Apache beat that was barely there on the drums. Then that was all there was to the song, except for Dr. Robert’s echoed vocal, to end the album on a uniquely intimate, if downbeat, note with the spartan ballad “Hold Everything Dear.” And that was that for album number eight from The Blow Monkeys. It was good that they got Cherry Red interested because this meant that this album was probably the easiest of their post-RCA albums to actually buy. Not that I ever saw any Blow Monkeys modern CD in the racks, ever…apart from the bins at all three Amoeba stores in California.

The band were as eclectic as ever with no shame in pulling from Jazz, Rock, Pop, and Blues, as well as their more typical Funk toolkit. There were some strings here, but the amount of string arrangements was sharply down from their previous opus. And they made a 38 minute long album that’s a brisk play that begs for repeat play. It said a lot that there were new wrinkles in the songwriting and performance even this far into the game. Dr. Robert has gone on record as saying that the band have no interest in making the same album twice and while common points of reference inform their songs through time, the ceaseless recombination and experimentation of the band pay strong dividends.

Next: …Add Your Voice To The Sound of The Crowd(Source)