Oh those Beastie Boys. I can recall my first exposure to them in the waning pages of Trouser Press’ American Underground [issue 92] when reviewing their “Cooky Puss” 12″ EP. Thanks to the magic of the internet, I can drop it in below.

That meant little to me in 1983, as I was not an early admirer of rap music. It was Sugar Hill Gang’s “Rappers Delight” that was the shot heard ’round the world in sleepy Central Florida where I lived in 1979. I heard that record in high school and thought it was a fad that would quickly pass., but rapping seemed to bloom from there. A year later, Blondie jumped on that action and I was kind of non-plussed. NB – I swear it was not called hip-hop until the mid 80s; about 4-5 years after the appearance of “Rapper’s Delight” in 1979. That I even know this marks me as an old guy. Hopefully not too embittered.

So I’d hear the occasional rap record by Grandmaster Flash + The Furious Five that might have filtered onto to college radio during the early 80s, but wasn’t until I heard RUN-DMC that I heard rap music that I sort of actually liked. “Rock Box” was an unanticipated fusion of rap and heavy metal that I was sure would annoy both the rap and metal audiences. That shows what I know. But I noted RUN-DMC at the time and approved of their game. At least until they unwittingly re-animated Aerosmith, and for that I will always hold them to blame. No one ever needed to hear “Walk This Way” again and look at what happened. RUN-DMC became a footnote to the even more obnoxious post-doldrums, phoenix-like resurgence of Aerosmith. Their Diane Warren Years!

It remained until 1986 when “You Gotta Fight For Your Right” was wallpapered on MTV 24-7 that I really ever heard the band. I’ve gotta say I HATED Beastie Boys and their obnoxious frat boy shtick. It didn’t seem like a joke to me, thought a chance viewing of “Hold It Now, Hit it” on one of its occasional plays on MTV gave me flickers of cognitive dissonance. I could almost make out the outlines of the whole “Huntz Hall Of Hip-Hop” thing that Ad Rock was aiming for on that one. But I basically ignored Beastie Boys as they exploded and became an insufferable beer stain on MTV and music culture of the time. 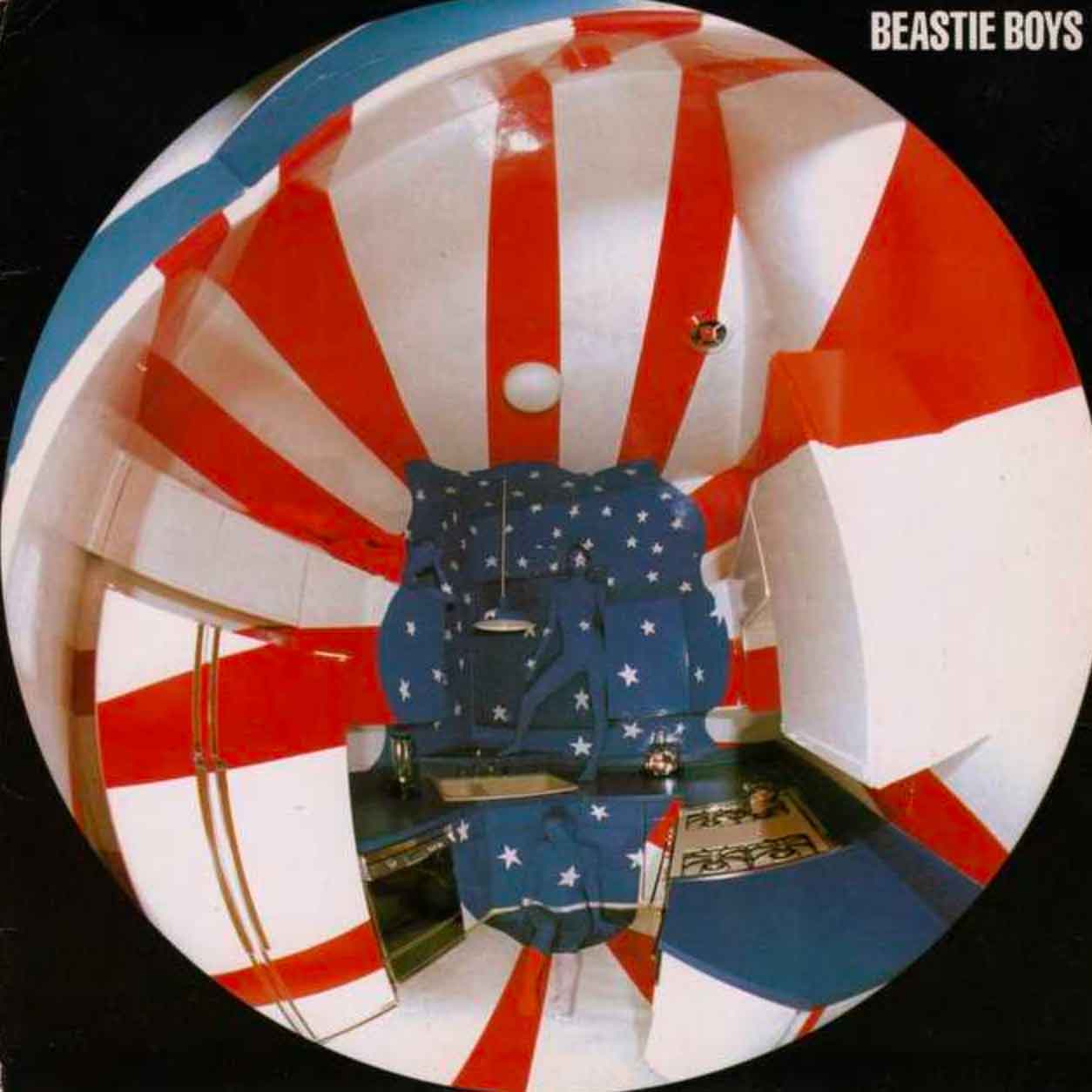 When the band re-emerged from what seemed like a two year public drunk in 1989 with the single and video for “Hey Ladies” we immediately took notice. Everything about that single was smarter, sharper, and far more “right on” that anything like what I’d heard by Beastie Boys earlier. Their hip-hop was stewing in rich funk sound bites courtesy of the Dust Brothers never-to-be-repeated [under lawyer’s decree] sampl-a-delica production. More than anything it was the [at least] three-years-ahead-of-its-time 70s vibe of the video that that wallowed in the most curdled images and fashions of the 70s that I absolutely hated in real-time but could now only shake my head in mute wonder at in the now of 1989. I wondered if there was maybe something to these Beastie Boys, but not enough to do more than just watch the always jaw-dropping “Hey Ladies” video. Which, after some fanfare, bombed on MTV [and everywhere else].

Three years later, Beastie Boys emerged with yet another sound where they went back to the beginning and played instruments on their records, now synthesizing funk and hip-hop with their distant Punk roots. Since by then everyone knew how Beastie Boys were originally a hardcore band before they got smitten by the sounds of hip-hop. They became successful again and I went on with my life as by that time I had stopped watching TV only a short distance into their “Check Your Head” campaign.

I didn’t think of Beastie Boys until some time in 2008 when my wife bought a copy of “License To Ill” from a used bin in Canada. I was sort of shocked that she would think to do that, but she felt that that big hit was a classic of sorts. I tried to listen to it 22 years later since I had been intrigued by “Hold It Now, Hit It” back in the day; if fleetingly. While that track was indeed amazing, most fo the album pinned me to the mat in 2/3 tries. When these Brooklyn punks rapped about guns like proto-gangstas they completely lost me. 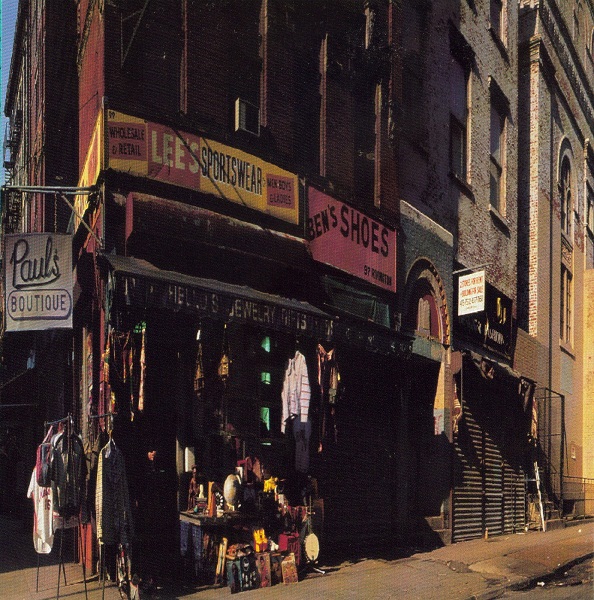 It was four years later at the semi-legendary Harvest Records Anniversary Sale, when a $1.00 CD of “Paul’s Boutique” caught my eye. I was on that one in a heartbeat and yes, the funky sample stew sounded great and the album was much more representative of Beastie Boys. They weren’t trying to be anything other than their wiseguy selves. So much so that the grooves dripped with their boiled down essence. I found that every time I listened to this album, it always managed to make me smile at the audacity of it. And when “Hey Ladies” was followed immediately by a hard splice into the brief-but-deranged hillbilly rave up of “5 Piece Chicken Dinner” that smile always becomes a hearty chuckle.

The next year, the Harvest Sale yielded “Check Your Head” and I was also happy to have that one in the Record Cell as well. And the needle has sat there with nothing happening to nudge it further into the Beastie zone until my friend JT suggested in a comment that the “Beastie Boys Story” film by Spike Jonze was a novel and interesting approach to the hoary music documentary tropes.

Just a short time later, events conspired to make us able to actually view this endeavor. My wife suggested out of the blue that we should get a modern TV so that we can experience streaming. I could only concur. In the Covid-19 era, cinema was dead. And Stresaming services like Netflix were killing it off even before that happened. In the last few eyars, an increasing number of films we wanted to see were bypassing disc and screen; going straight to Netflix. I really didn’t want a “smart TV” that could cost $4-500 and bleed my data nine ways to Sunday to its corporate masters. So I looked into this and got a decade-old 37″ HDTV for $75 on Craigslist and an AppleTV4 streaming box and bang-zoom. I was in the 21st century. A year of Apple TV+ was included in the purchase, so the first thing we watched was the excellent “Beastie Boys Story.”

I found the film of the four hour stage show captivating and it made me want to find out more about Beastie Boys and their intriguing story arc. So to that end I asked my wife to get me a copy of “Beastie Boys Book” from the library where she works. Let me just say that it took me over three months to burn through a 500-600 page book on Simple Minds, one of my absolute favorite bands. This was followed immediately by the slightly longer [and with much smaller print] “Beastie Boys Book” and it probably took me three weeks to finish that one off!

Next: …So What About The Book, Anyways?