The fourth single from “Fabrique” was a little scarce. While the first three had been issued worldwide, “Something In Your Picture” only seemed to get a release in the UK and Spain. The “Motor Drive” remix was the most radical overhaul of the singles on 12″ format. While the dubs could venture far afield from the A-side template, the 12″ A-sides largely stuck to longer takes/arrangements that had been edited down for eh album tracks. Not this time.

The “Motor Drive” had been extensively remixed by Zeus B. Held with a completely new rhythm track that was clattering and methodical. It was far more complex than the simple 4/4 pulse on the album track. Harris’ backing vocals sounded like a sampling keyboard was processing them though there was no credit for such in the extensive technical credits. Believe me; if there had been a Fairlight [or competitor] on the album we would have known about it. The 12″ arrangement was more dreamy and psychedelic than the album track. The dubby movement before the coda had a nice breakdown of the call and response vocals while foregoing the complex multi-voice arrangement that was so arresting in the LP track [and even the 7″ B-side “Alternative Playback [Half Frame]”].

There was a shocking brief segue to the next track that was only present here. All of these A/B sides were separate entities on vinyl, but not necessarily here. There was about 1-2 seconds of cross-fade into the next track, “Mutant Mechanik 7″ Mix.” This was a brief, but furious dub of “Streetplayer-Mechanik” with emphasis on the rhythm guitar and popping bass lines. With the dubbed out synth brass lines dancing among the big beat Simmons drums. 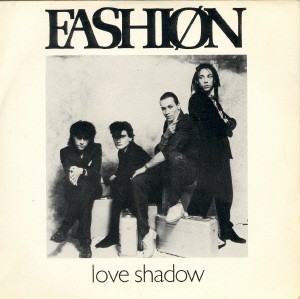 The much more direct “Love Shadow” 7″ mix then next appeared with the briefest of scene settings in its twelve second intro. The track was only 17 seconds shorter than the album track but seemed to be even briefer. At the end of this cut was another 1-2 second segue into the heavy extended dub mix of “Alternative Playback [Full Frame.]” This radical re-imaging of “Something In Your Picture” was all down to the dubbed out drums with the other primary emphasis down to the bass playing [never a sin to these ears]. There were still strategic jets of synth washes bled into the mix at odd angles, perpendicular to the drums.

Played adjacent to the album source track and there’s precious little crossover. Snatches of the processed backing vocal only appeared at the five plus minute mark as the ferocious bass riffs got some slapback love in the coda. The serpentine fade on the bass and cymbal rim hits ended things on a jazz note as the track ended. While there had been occasional clicks that barely registered here and there, this track had a clear transient click that could not have been master tape static at the 1:21 mark in playback. Thus the vinyl provenance of at least some of these tracks was indicated. I wish they’d consulted me first. Removing noise of that variety by hand is a Monastic specialty. I’d have repaired it gratis. The annoying thing was for vinyl mastering, this track sounded exceptionally good! There were no destructive Noise Reduction artifacts anywhere. The actual mastering of this music was excellent. I’ve played every track’s fade in the headphones at high volume and none of the telltale signs manifested. Which made that microskip all the more tragic.

Next came the one non-LP B-side to the album campaign; the ferociously cooking “Let’s Play Dirty [Centrefold]” extended version. A sequencer loop set the driving pace for the slamming beat and taut guitars to formulate an astonishing groove here. The vibe was still high tech, but streamlined. This felt like the band playing with a minimum of overdubs.

You don’t have to tell me that you love me

I just want to feel your weight above me [oh yeah]

This was one of the all time great B-sides, but it really had a smoking hot vibe at odds with the chilled funk of the rest of the album so I can [grudgingly] see why it was set aside for B-side status. I have to wonder if this was from the “Fabrique” sessions of was from a later session when the “Love Shadow” single was being prepared. I would have loved to have heard a next album from this lineup that had this fire. The 7:40 of the song simply flies by.

The next track was a rarity that I had on my racks for years without knowing that the US edition [promo only] of “Love Shadow” featured a vastly different mix of the track for US clubs. Again, the last 1-2 seconds of the preceding track and this one were [barely] cross faded. The difference is apparent immediately when the slamming, somewhat aggressive beat made this mix of the song sound closer to what Cabaret Voltaire might be doing in a year’s time. The sensual pillow talk vibe of the UK mix was completely replaced. This sounded almost proto-industrial!

The guitar was emphasized together with the drums. The pizzicato string patch has been mixed into oblivion. The pacing of the track was also altered with the middle eight with Gina Kikoine intact, but the second half of the song dispensed with 90% of the spoken word give and take between Harris and Kikoine; reducing the latter to a cameo on the second half of the track. Then came what sounded like the point of the coda fade which circled back to repeat the chorus to fade. A very different “Love Shadow.” Not the ultimate
Love Shadow” by a long shot. The 12″ [in my Record Cell] had no remix credits on it, but I can’t believe that it’s the handiwork of Zeus B. Held and not some anonymous Arista US personnel.