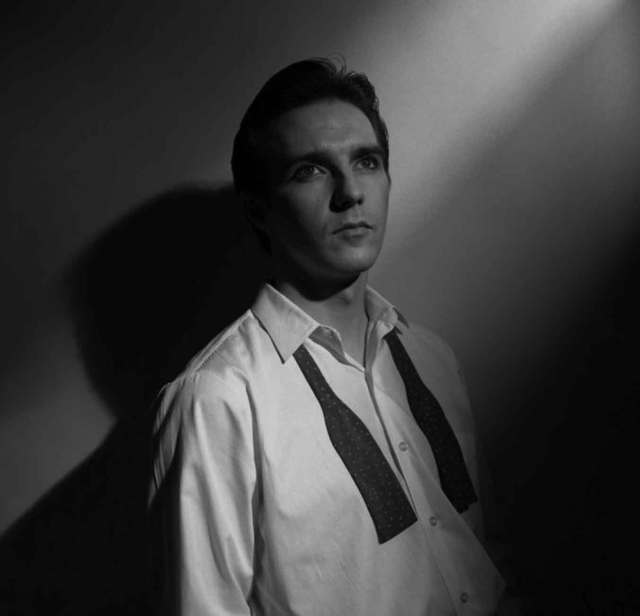 The fifth disc was the primary reason why I was hot to hear this boxed set. It represented a second best chance for me to finally hear the band as they were just re-starting in 1980. I had missed seeing them in Tampa when I was 16 and lived in Orlando, so this would be my 40 year delayed chance to experience what I had missed. The live album had their entire set as recorded at St. Albans. The other show recorded was the next night at The Lyceum, from where the B-side version of “King’s Lead Hat” had been released on the “Passing Strangers” 12″ single. Ultimately, it was decided that the St. Albans gig was the better of the two, so it made the cut in this box.

The show tended to follow rather closely to the flow of the “Vienna” album. The album was released on July 11th, and the tour was just a few weeks out from that initial release. Big hits were still six months out for the band, but with “Sleepwalk” going top 30 in England, things had never looked more hopeful for them. So this show captured a group with nothing to lose and everything to prove.

Things started off rather tepidly with tight versions of “Astradyne” and “New Europeans” that stayed fairly close to the template of the LP versions. Things became much more interesting as they tore into “Passing Strangers.” When the delay failed to kick in during the middle eight in “Passing Strangers” for a bar or two, then suddenly worked, doubling each sequenced note…magic. I was very happy that they didn’t “fix” it. It served as a reminder of how this band were flying by the seat of their pants with this relatively crude 1980 technology. At even this early point, Midge Ure had nailed down the extended guitar solo in the song’s live coda.

And hearing Ure sing the Foxx material… finally, after 40 years, was fascinating to hear how he made it his own with completely different phrasing and presence. The band pulled out all of the stops by performing the 12″ arrangement of the song live. It sounded even more synthetic than the LP version by this time. With rhythm boxes chugging away while Billy Currie released soaring lead lines into the night air.

I’d heard in the comments by someone who was there 40 years ago that it was perhaps a misstep, but I can’t agree. The only misstep I see looking back 40 years later was the band’s decision to cut the remaining vintage Vox songs from their sets. I realize that Warren in particular, was very down on Foxx, but the legacy was shared and they sounded so good here, it’s a shame that only audiences on the “Vienna” tour got to hear their takes. I loved how Ure cut out of the song with a whispered “shhhhh!” as the rhythms continued alone until Currie’s synth swelled up to suddenly cut off.

The live version of “Face Top Face” was the only track here that I knew like the back of my hand for 40 years, but it now had a context and a role in a set list arc without being the jarring number that never had a studio version. With this new box, I find that this song is getting stuck in my cranium for hours on end and that’s never happened before.

“Mr. X” followed and it sounded more crystalline than all of the [much] later live versions from later tours I’d heard. The lead synths sounded superb with the fat, analog synths and rhythm boxes having more presence and grain than the renditions of this song that used soft synths I’d heard earlier. The interplay between Midge’s synth and Currie’s violin was vivid and quite tasty. Yes, I’d never heard this song sound quite so great live, even if it did follow the album template closely, apart from the different key used on the coda.

Speaking of which, the next two songs followed the album sequence. But the kicker was that I had never heard my favorite song from the album, “Western Promise,” live before. This was where things once again got most gripping for my ears. The segued sequencer seemed faster and more robotic than the LP cut. It also went on a few bars longer as Currie took the time to meander through the cathowl synth solo in the intro. It was simply pure sequencer, synth and Warren’s relentless hi-hat programming. Now I was prepped for excitement.

After Ure let lose with a “hai!” the heavy bass and lead synth, still sounding like a sputtering flute to my ears once more painted a portrait of this band at their energetic apex. 40 years later this song still gets the hairs on the nape of my neck standing up. What a gift to be able to finally hear this recording. It’s still the best fusion of synthesizers and rock music I’ve ever heard. And the applause at the segue to “Vienna” showed that those in attendance concurred.

As for “Vienna,” it was already a classic in their set by this point with a strong audience reaction ultimately pointing the band towards releasing it as their second single from the album. But Chysalis didn’t see it the same way so eventually “Passing Strangers” was the second single. Which failed to capitalize on the strong showing of “Sleepwalk.” Our heroes would have to wait a little longer before they had their number two calling card.

After that peak it was time for another one as the band played my favorite vintage Vox track, “Slow Motion. With an extended synth drone sounding for all the world like that from “Underpass” before the crescendo took it up to the stratosphere. Hearing Ure and Currie fighting it put in the middle eight is gripping stuff. Ure’s phrasing and attack on the song owed nothing to Foxx and I’m fascinated how he found very different ways to sing it. It sounded amazing, even taking into account the wag who could be heard shouting “Bring back Foxx” over the intro to the next song. I’m glad they left that in.

With the rhythm box tapping away that could only mean that it was time for “Hiroshima Mon Amour.” The drum pads Cann was using were a new coat of rhythmic paint for this one. I’d swear that Cross was playing a Chapman Stick here as he joined in with a sound unlike either guitar or synth! If not then the [I’m guessing here] Mu-Tron® envelope he was using with his bass was insane!

Instead of the never convincing sax solo, this time Billy Currie took an extended viola solo that sounded much better. The extended arrangement got pretty abstract about four minutes in as it veered deep into electronic improvisation and I’d never heard that before. The band sounded like they’re up for anything here as they stretched the song to its furthest metallic and alien reaches I’d ever heard. Nothing was calcified at this stage and I was on the edge of my seat as I heard a drastically new version of “Hiroshima Mon Amour.” It was almost like Kraftwerk in dub before Midge Ure circled back to end the 7:35 opus.

A typically gripping “All Stood Still” returned the show to a taut razor’s edge once more. Followed by the other pulse-based song from “Vienna.” Placing “Sleepwalk” after “All Stood Still” was almost a head scratcher of pacing, but since it was their only near hit at that point, it had to come later in the show. The same guy who yelled for Foxx earlier shouted out “Young Savage” but got “Private Lives” instead as the first encore.

Leaving the surprise wrapup with the only cover version that Ultravox ever played after 1980, and only on this tour; Eno’s “King’s Lead Hat.” The intro here was extended from the well-known Lyceum B-side recording. It’s nice to hear a different performance of this one. The backing vocals by the band are especially well defined here and add a lot to the performance.

This live album from 1980 had been along time coming but it stands as a definitive glimpse of Ultravox at the precipice of a new era at just the point before the success that would take the band up to a level they’d never come within spitting distance of prior. The fully analog gear onstage insured that the sound of the band was a rich and dense as they’d ever be. And of course, there were no computers [or eve MIDI] to make it all easy. No, the band were sweating bullets through these performances as they attempted to bring off a highly technical performance with bleeding edge equipment.

When we next heard this band recorded live, they’d have hits under their belt and more money and support from their label to put their show on the road. The almost desperate hunger we got here would be replaced by a bit more safety as the band trimmed off their early era material [which they used by necessity here to fill out the show] and drew a line in the sand. So this was a definitive Ultravox live document for me, and that’s cause for celebration. On the other hand, it makes missing them 40 years ago [which still feels like yesterday] sting all the harder. It’s best to enjoy what I have!