The Wait is Over: The Third It’s Immaterial Album, “House For Sale” Is Available Today From Burning Shed

Posted on September 18, 2020 by postpunkmonk 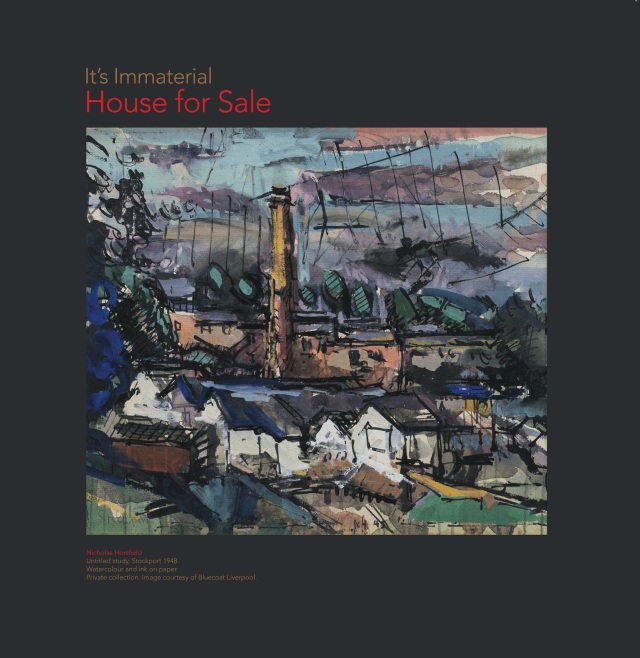 Good gravy! I had blogged a review of It’s Immaterial’s wonderful “Space” 12″ single today and when wrapping that post up, I wondered if the rumors of imminent release for the long-gestating “House For Sale” album on Burning Shed were officially manifest. I have received the occasional communique from the artists who had taken over the production and distribution of the album after the ugly crash and burn of the Pledge Music platform last year. So when I hopped over to the Burning Shed website, I saw that it was on release for today! But I have to say that it was most troubling that I had just received a Burning Shed email today, and there was no mention of “House For Sale” in it among the 7-8 titles it listed!

Apart from that communications snafu, this is wonderful news and especially since the band have said that Burning Shed will be fulfilling all of the pledged copies that fans had already paid for, going back to 2017. So, as I’ve done for the last several years, all I have to do is be patient and wait, and my copy should be arriving when the USPS sees fit to deliver it. [which is no longer assured in these, the End Times…] As I am patient to a fault, I will eagerly await its arrival along with other titles imminent and pre-paid for. A rare occurrence in this Monk’s life.

The Burning Shed site revealed that the tapes were found some years ago when Jarvis Whitehead and John Campbell were moving their studio and the unfinished masters were discovered, so this won’t exactly be a pristine 1990 album popping out of the audio wormhole. This will be as much a current album from the band as once could hope for with modern recordings and performances blended together with that which previously existed. No wonder it was taking a longer time than many had hoped. And for anyone who is familiar with their second album, “Song” as produced at Castlesound Studios with the amazing Calum Malcolm, know ye that he was also behind the boards for the tapes which formed the basis of this release. Rapturous news for anyone familiar with the astonishing “Song” album.

Of course, I pledged for the CD and this can be pre-ordered at Burning Shed currently for $19.95, but there is also an LP [albeit with eight tracks, not ten] for vinyl aficionados for the sum of $33.26. It shapes up like this.

We can see the album has lost “I Can’t Sleep” and “How Can I Tell You” and the running order has shifted to take the vagaries of vinyl into account. Fans of intelligent, emotive pop whether of a digital or analog persuasion would do well to put this one in your own private Record Cell like I did. It’s easy, just hit that button!

8 Responses to The Wait is Over: The Third It’s Immaterial Album, “House For Sale” Is Available Today From Burning Shed