Posted on September 3, 2020 by postpunkmonk 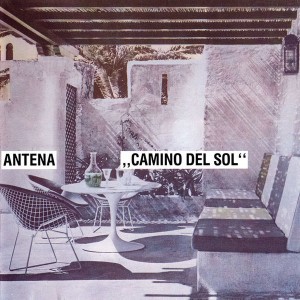 It was some time in 1986 that I bought this  [see adjacent] record, whose Benoit Hennebert cover called out to me like a siren form the holy import CD bins at Murmur Records. I was instantly smitten, and being a glutton for punishment, went back to Murmur and bout the other Les Disques Du Crépuscule unknown album with a Benoit Hennebert cover painting!

That was the album adjacent to this paragraph; “En Cavale” by Isabelle Antena. I liked this even more! I was now a fan of both Anna Domino and Isabelle Antena on Les Desques De Crépuscule within days and would follow them anywhere. I hit the bins at Murmur and found a vinyl EP by Antena [sans Isabelle’s first name] and bought that even though it was 1986 and it was not a CD! The five tracks were magical. and I apple seeded that music to a fair number of people as I was fully in my New Wave Of British Jazz Pop [NWOBJP] phase that saved my life after New Wave had crashed and burned. Of course in the case of Antena, they were part of the New Wave Of BELGIAN Jazz Pop!

It was four years later when in Washington D.C. for my first visit. Believe it or not, I was delivering a paper I co-wrote at the Society for Applied Learning Technology conference that year. Back when I had a career. Of course, I managed to find my way into some fine D.C. music stores, primary of them the great Tower store there which I’d visit several times. On this first visit, I was thrilled to see the “Camino Del Sol” EP now on CD as a full album with eleven tracks instead of the five I knew. 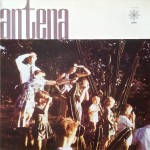 The CD version opened with an old classic radically re-made by the band that I had no idea of in 1990. “The Boy From Ipanema,” threw down the gauntlet with their methodology bold and up front. This was minor key electro samba with a heavy dub chaser! The loping drum machine almost suggested a cowboy song but Isabelle Powaga’s breathy vocals were shot through with heavy dub culture echo. The plucked guitars were doubled with delay to create the most possible out of the least. The minimal vibe was subtly touched with vocoders as the most famous samba single ever made found itself  trapped in Kraftwerk’s hall of mirrors. As this CD had no production credits on it at all, it took me many years with the advent of the internet] that the single had been produced by John Foxx in 1982! One of his scant few outside productions, probably down to his involvement with Les Disques Du Crépuscule at the time.

Then the five tracks I was familiar with from the EP version were next. “Camino Del Sol” was immediately winning with the congas and shaker vying with spectral organ drone and Ms. Powaga’s French vocals to create an ambience of bittersweet nostalgia. Bird calls fit right in, here. Hearing this takes me back to a cloudy say at the beach in 1967. The cowbell was joined with the surprising, shimmering synths in the middle eight. The backing vocals in the climax coming in a beat late added to the already spacious sense of space in the song.

“To Climb The Cliff” opened with almost a half minute of café ambience where a meal and a piano in the background was eventually superseded by bass synth and drum machine eking out a Latin beat with the organ heavily reverberating as Ms. Powaga set the scene, in English this time as she would drift between English and French throughout the songs here. These minimal, but intriguing songs may have been recorded with as few as four tracks, but their minor key minimalism was never less than fully engaging.

When it came to minor key appeal, it didn’t get much stronger than on “Silly Things.” The acoustic guitar and scant congas playing mambo beats left plenty of room for the beguiling vocals of Ms. Powaga [sometimes touched with dub] to create a vibe that was close to Sade at her most seductive. At the middle eight a subtle sax solo made us forget about the sax excesses of the 80s. 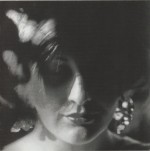 The most compulsively dance worthy track here was the vibrant salsa of “Sissexa” with the cowbell and vocal trills of Ms. Powaga pulling us immediately into the vibe. The song’s chorus consisted only of of the title recited, while Ms. Powaga syncopated it to the frisky Latin beat. The middle eight erupted into psychedelic dub as the syllables of the title were multiplexed into a swirling cloud of percussive expression vocals.

The dubbed out intro to “Achilles” was more spectral Latin dub, but the gorgeous synthesizer melody was stunning in its crystalline beauty. The strummed guitar added rhythm along with the congas as Ms. Powaga addressed the lyrics, which consisted only of the twin phrases “Achilles is the name of the child,” and “Achilles is your son, recognize it.” The melody here was something that only Kraftwerk might have made.

One last dip into minor key bliss occurred with “Bye Bye Papaye.” The bass line was just a hair’s breadth from Horace Silver’s classic Bossa Nova “Song For My Father.” So that meant that it could go on for days. This time I could hear a snare drum in the mix. Unusual as a traditional drum kit was largely absent from this recording.

Then came four other songs recorded around the time of the EP as tracks to fill out the CD. “Noëll à Hawaii” was a delightful Christmas song [in French] with clockwork synths and delicate drum machine eventually giving way to expansive string patches and surprising bass synth that left the middle frequencies for Ms. Powaga’s heart wrenching vocals. This was a song that appeared on all editions save for the first of the Crépuscule Christmas album [along with Cabaret Voltaire!] “Chantons Noël: Ghosts Of Christmas Past.” 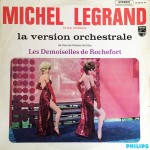 Another cover, this time of Michel Legrand’s “Les Demoiselles De Rochefort” [not surprisingly, from 1967] found Ms. Powaga with a full, swinging jazz band for accompaniment and this sound would not be a part of her oeuvre for several years in the future, when she found herself a jazz star in Japan. This track was originally recorded for the 1991 Crépuscule album “Moving Soundtracks,” but appeared here first, two years earlier.

The crystalline electro-dub of “Spiral Staircase” was the B-side to “The Boy From Ipanema” where the drum machine was heavily explored while they were recording in The Garden, John Foxx’s studio of legend. And the last of the Foxx produced tracks was “Unable” as on the 12″ of “The Boy From Ipanema.”

The band certainly fit right into the NWOBJP vibe that I was soaking up mid-decade. But while this superficially fit in with the likes of Everything But The Girl, they were juxtaposing more radical influences and in their own way, certainly laid the groundwork for a band like Stereolab as much as a track like “Sing Sing” by Eurythmics had made a year earlier. After this recording, the band moved in a funk/disco direction on “En Cavale” which is where I entered the story. And rode that bus hard.

I managed to mostly keep up with Isabelle Antena’s solo career which for a few years had two wildly divergent branches, as her albums took off in Japan as well as being issued in Europe. From ’87-’90 I would have to get her Belgian as well as Japanese pressings on CD since they would be radically different entities, with differing titles, artwork, and contents. Then until the mid-90s I would buy her albums as Japanese imports via catalogs which were my main thing then.

She’s had six or seven albums since then but I’ve not manged to get them. Amazingly enough, in 2004 this album managed to get rediscovered and feted in the rear-view mirror of history when Numero Group reissued “Camino Del Sol” now that decades of Stereolab had prepared the market for this sound. The best part of this? Isabelle Antena was touring America, behind this reissue and was appearing in Atlanta, opening for Andrew Bird [who?]. I was thrilled that this was happening and bought tickets only to see that the mercurial Ms. Powaga was not liking this”touring” and she stopped her tour after a few dates, leaving me holding tickets for a headliner I didn’t even recognize. So that was another on that got away! But at least this beguiling album managed to find an audience in the last 38 years. It’s been in print most of the new millennium, thankfully.