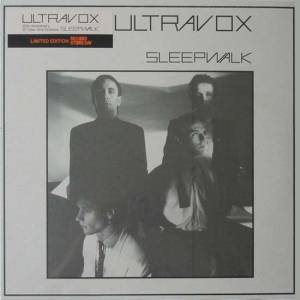 Wow! I had the most enjoyable RSD experience on Saturday. Two weeks ago I was wondering what my local emporium would be doing for the first drop since they are closed. They are selling remotely by phone and web and offer curbside pickup. So I emailed the store indicating my interest in “Sleepwalk” and “Roxy Music;” both Steven Wilson mixes of classic material. One of the owners got back to me saying they had not yet decided how to proceed. I’d heard of some pretty obnoxious schemes to sell RSD product in the pandemic [lotteries, etc.] that managed to make what was already a bad situation, even worse.

On Friday I found out that the store was selling remotely. Buyers were encouraged to phone/email/FaceBoot Message at 10:00 on Saturday if they wanted any particular title and pay remotely, with pickup offered for in-town buyers. They could sell to out of town buyers by 1:00 as per the RSD “rules.”

I don’t FaceBoot, and don’t use a cell phone. I have an iPod Touch which is a computer in wi-fi and was at the shop getting an oil change/tire rotation in the morning, so I had an email ready to send in drafts indicating the 2 titles I wanted. At 10:00 I hit “send” and by 10:24 I had a response with payment instructions via Paypal. By 10:45 I left the shop and was picking up my records. The kindest, gentlest RSD experience ever.

Pressing quality was great on the Ultravox release. As mentioned, the high quality anti-static sleeve was a real treat. Print quality of the sleeve was impeccable. They obviously sourced the images from photographer Brian Griffin. I’ve never seen so much tone in the shots. And the card stock used came as close as imaginable to that of the original, which used the reverse, textured side of the card stock for an interesting effect. The new sleeve has the same woolly texture.

I digitized it last night. I was hoping for a DL code, but that ship has mostly sailed, though I did get one in the new John Foxx + The Maths album this month! The Wilson mix differences were subtle for “Sleepwalk.” It sounded dryer with less reverb. Slightly reduced bass response. I’m not hearing any differing effects here. Maybe only the EQ has been adjusted slightly. Perhaps because this was a single, and the debut single by the winning Ultravox lineup, the decision was made to have a light touch.

Billy Currie’s hot solo in the middle eight was a little dry and effete in the Wilson mix, with maybe a slight chorus added instead of reverb. It sounded like the upper frequencies had been emphasized at the expense of bass. And maybe a little midrange. Which one do I prefer? Well, having both, the Plank is the definitive in 2.0. But it’s not so far off the mark that it’s night and day. I’ll call it 85% of “Sleepwalk.” Or “Sleepwalk Lite.” But when the intent of the band was to write a song “that had all the guts and gore of Judas Priest, except on synthesizers,” then The Plank mix is the winner.

“Waiting” was another thing entirely. More liberties were taken in the mix and I found that I was liking the difference. The synth swooshes and white noise explosions on the line “syncopate on the marching song” were gone, and since they were already used as hooks in “Sleepwalk,” this made some sense to me. They were still there after looking back as you head for home” though. New aspects of the synths were brought to the foreground. The long intro buildup had enhanced spatial detail in the soundfield. The separation of Warren Cann intoning the title [with synth distortion] was far more pronounced on the Wilson mix. As were his snare tattoos. The reverb here was enhanced from the relativity flatter Plank mix. Everything sounded more dreamlike and surreal. And that only improved this song.

The long atmospheric fade was very different indeed. The varispeed effects were still there, but the synths around the 3:00 mark were given the full spotlight in a way that everything seemed to be held at arms length in the Plank mix. Grinding synths seemed to be a new experience entirely. Swells of string patches were now distinct. And the spaced out synth portamentos in the and of the fade were so buried in the Plank mix that they seemed to be an entirely new, and surreal, experience.

If the “Sleepwalk” was a slightly weaker version, then the “Waiting” mix from Wilson was a bolder mix, and a clear winner. I am favoring the Wilson mix of “Waiting.” So…not bad. Not bad at all. Steven Wilson has managed to find new life in a song like “Waiting” that I always loved; just moreso now! It makes me very interested in hearing the rest of Wilson’s mixes when the box drops in late September. I have to say that I’m now thrilled to have the Wilson 2.0 mix on a separate disc. I appreciate getting the chance to re-experience an old familiar friend in a new light and am now very glad to have pre-ordered the “Vienna” BSOG.