After Teasing For Several Years, Cabaret Voltaire Are Back, Back, BACK…Just In Time For The Real ‘Crackdown’

There were few bands I was more avidly buying every one of their many releases in the early to mid 80s than Cabaret Voltaire. When all bands around me were decaying, Cabaret Voltaire only moved from strength to strength. Their ’83-’87 period of badass industrial cut-up funk was peerless to my years. Of course, they eventually found their Waterloo in their ill-advised House album, “Groovy, Laidback + Nasty.” A record so tame that a friend gave me her copy only for me to give it back. After all, it was only fair that she get the trade-in value for it!

Following that album, I stayed on the bus long enough for their 1991 effort, “Body + Soul,” but it was barely working for me. The balance in the band saw Stephen Mallinder retreating from vocals and I can’t remember any of his bass on this one. The music was chilled out computer electronica. The next year I bought their “Technology” and “Plasticity” albums only to find them desolate, barren albums full of bloodless minimal techno. Neither stayed very long in the Record Cell.

In the new century, I have seen their catalog feted with many releases, and I soaked up all of he ones that saw substantial amounts of previously unreleased material from their imperial period finally reaching our ears decades later. About six years ago, I noted that Richard H. Kirk, alone, had re-emerged with the Cabaret Voltaire name while Stephen Mallinder was busy in academia. Kirk had mentioned that he wanted to release new Cabaret Voltaire music under that name again and had begun to play live sets at various events. Naturally, he was resistant to nostalgia, and never played any old material; preferring to forge new paths under the brand that were all about the now, as he saw it. 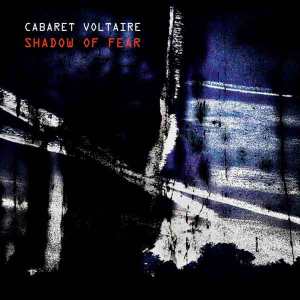 I have sampled the pre-release track “Vesto,” and although it was an instrumental with vocal samples; not my absolute favorite thing, it was also a far cry from the dry, and bloodless techno that I didn’t respond to in the 90s. The cut featured an hissing steam rhythm that was inhuman and relentless; speaking well for the cultivated sense of paranoia of Kirk’s that had served Cabaret Voltaire so well. Another factor that made this sound more inviting, perhaps, was down to Kirk having a computer failure which led him to using the old tech in his Western Works studio. That couldn’t have hurt any! The cut had a pounding menace that was less funky than the CV of old, but still with that all important sense of paranoia hard-wired into the DNA of the music.

“Making this album reminded me a bit of the old days with Cabaret Voltaire because there wasn’t that much equipment, so you really had to use your imagination.” – Richard H. Kirk

With the sewage tornado that is 2020 getting worse by the day, Kirk may have arrived just in the nick of time to unleash the patented BS detector of CabVolt on the modern environment that utilizes systems of control beyond the dreams of any 20th century dictator. “Vesto” sounded tough and intriguing enough for me to once again have an interest in getting the new cabaret Voltaire album. Which, as usual, comes in a dizzying array of formats. But all of them have the exact same music, thank goodness!

As shown up front, there’s the conventional 2xLP in purple wax. There’s also a white vinyl edition of 500. For me, there’s a CD, and it being 2020, a cassette is also offered. Along with DL copies that go from 320 MP3 to 24-bit WAV. And various bundles if you have the collector’s sickness. T-shirts in there, too. All at price points I can’t balk at. White vinyl ltd. ed and DLs available here at Bleep.com. The album reaches our ears on November 20th, 2020 and can be pre-ordered below [solo or various bundles] from the band’s MusicGlue store. I have to say I’m intrigued. With Stephen Mallinder back and making music with my name on it, it’s good to have Kirk taking the CabVolt name to a compelling place on his own.

16 Responses to After Teasing For Several Years, Cabaret Voltaire Are Back, Back, BACK…Just In Time For The Real ‘Crackdown’