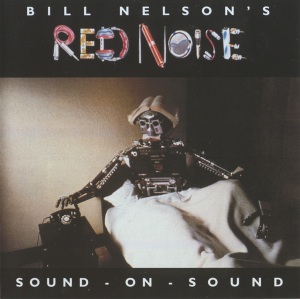 Wow! It was early in my first flush of Bill Nelson fandom when I sourced a copy of the US Harvest LP of his “Red Noise” album. I had bought his 7″ boxed set and liked everything in it so I wasted no time in checking out any Nelson albums I ran across. While I felt that the preceding album “Drastic Plastic” that Nelson had made in 1978 as the final Be-Bop Deluxe album was a very tasty slice of forward thinking technopop, nothing could have prepared our 1979 ears for the furious assault that this album represented.

From the first bar of “Don’t Touch Me [I’m Electric],” it was apparent that Nelson was out to deliver as many high-voltage jolts with this enervated music as he possibly could. I suspect that he’d heard the first DEVO album by the time that it came to write a follow up to “Drastic Plastic” after the break-up of Be Bop Deluxe following that album and tour. But this album was at times even more frantic than the Akron spuds. The synth patches here were configured for maximum twitch. Listening to this song really was like licking a 9v battery! Most of the drums here were acoustic and played by Nelson at tempos that made me suspect tape manipulation, but Dave Mattacks also guested on some tracks with a mixture of acoustic and synthetic drums. What was available in that market segment in 1978-79 was pretty bleeding edge!

On the next track, the tempo withdrew to a less frantic pace. “For Young Moderns” was a backward glance to Be-Bop’s art rock roots with a winsome melodic hook on the synths that either Nelson and Andy Clark, the only other carry over from Be-Bop Deluxe, played here. But the guitars were content to chug in a Post-Glam fashion even as the lyrics were ultimately forward thinking New Wave.

About half of the songs here were electro-punk ravers, and “Stop/Go/Stop” was there to whip your spine back into shape following the relative calm of “For Young Moderns.” The melodic structures of so many of these tunes feels like a brutal application of jingle forms amped up with way too many amphetamines. Drums were applied in rigid tattoos so that any dancing would probably lead to spasmodic jerks at most. In short, it’s the sound of an old pro effortlessly meeting [and maybe surpassing] the New Breed at their own game. 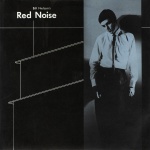 “Furniture Music” was Nelson co-opting Satie’s concept to ends that sounded nothing like the proto-ambient sounds of that forward thinker, but instead strongly recalled the influence of TVLKING HEVDS “No Compassion,” right down to the delay on the keyboard hook that slithered through the song. “A Better Home In the Phantom Zone” belied the possible origins of it being a Be-Bop Deluxe song that I put down to the complex, stuttering arrangement here where most of the songs were simple and direct in their execution.

After a few slower tempo songs, the delirious “Art/Empire/Industry” let loose with a savage pummeling that harked back to the opener. The rigid tattoos of the early syndrums by Dave Mattacks made my head feel like a punching bag when I listened to this one. And I think that Nelson was really on to something with his penchant for titling these songs with a thread of single words held together with forward slashes. It reflected the brutal cut-up modernism aesthetic he was striving for perfectly.

Then the album ended with the song that my “vanity label” Revolt Into Style, took its name from. Nelson eased up on the twitch factor to take George Melly’s conceit and turn it into a proper pop anthem. This album set a high standard for an established rock star plowing deep into modernism fearlessly. It may be comparable in its time to something like David Bowie making a jungle record with “Earthling” but I have to say that the latter worked in spite of that conceit. But Bill Nelson had no difficulty or embarrassment in plunging far into an electro-punk aesthetic that could be traced back to DEVO, yet somehow managed to equal or better their achievement without breaking into a sweat. His lyrics for these songs were as busy as the music yet had miles of wit to spare. The measure of this 41 year old album’s achievement is the fact that much of this album reflected extremes that were radical for their time and are still radical now.