Sometimes, Not Buying Records Is A Bit Boring

Yes, I specifically picked a mailbox large enough to receive this exact package

Yes, yes, yes. I know I have been trying, year over year to spend less on music and enjoy what I have more than obsessing over what I don’t yet have. This year I’ve really been holding expenses to a bare minimum. But a few weeks ago, something happened to tip my hand. I was supposed to take a trip to England and see Heaven 17 play the first two Human League albums in March but that obviously, didn’t happen. But in preparation for that event, I took the step of closing down my yard sale of records I hold on Discogs. So that a sale wouldn’t happen while I was nowhere to do anything about it. So I turned off everything. It’s still off. But I got an email in Discogs from a guy loking to see if I would sell off an item I owned. It was a Marie Audigier 7″ on Les Disques Du Crepuscule I had bought 25 years ago and never played. I spun the disc. It was nothing too special, but the item was selling for about $20. I bought it new for $3.29. So I said, yeah, I’ll sell it to you for $10. That felt like enough profit. Besides, the guy needed it as a gift for someone. So…sale! Happy.

Yes, the vendor cut a divot into two spacers to secure the CDs perfectly…wouldn’t you?

This gave me some pocket change in my account to maybe buy the last Fingerprintz 7″ I needed to make my long-gestating DLX RMs with all necessary bonus tracks of the Fingerprintz oeuvre, but a small voice told me that maybe I should check out my favorite dealer, Philadelphiamusic before hitting that “buy” button. Good thing I looked! I passed in the last two years on many of these fine items, and they somehow acquired more copies of some rare vinyl I desired at [mostly] rock bottom prices! So I popped for an outlay of 20 releases at what was almost an embarrassingly low cost. Last Friday, the sight above greeted me in my oversized mailbox. I learned the hard way that having a conventional sized mailbox meant that any records I ordered needed a trip to the Post Office to receive. As it is by necessity my wife who picks up any packages, this was uncool. Hence the mondo mailbox. I opened the package to see…the perfection above. 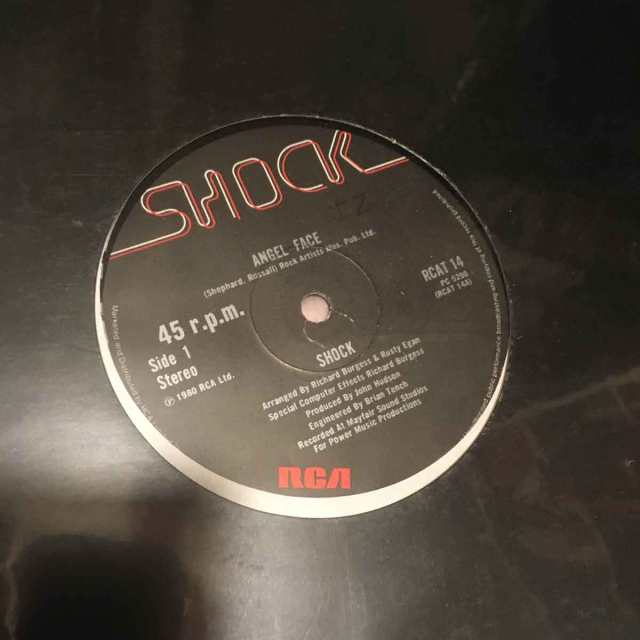 I’ve been obsessing over this track since 1981 and only found out there was a 12″ mix a decade ago.

Two CDs were in with 18 records, and they had cut spacers to hold the CDs securely – just like I would when selling. Just three of these records accounted for almost half of the $61 outlay. The long [try 39years on for size…] sought after “Angel Face” 12″ single by New-Ro mime troupe Shock was a hefty $17, but that has been a record that was always $30-60 in years past. The time was NOW. Then the Midge Ure-produced cover of Sly Stone’s classic “If You Want Me To Stay” by deadpan woman extraordinaire Ronny is like the Shock single, a record rarely stocked in this country. ¡No problema! at $7.00 Then the Bette Bright album intrigued as I recall seeing those inport 7″ singles of hers in the bins back in the day. I like Deaf School… sold! It’ll be well worth the $4.00, I’m sure.

I’ll definitely need to add this to the official discography

Then my gawd, the things I got with the other $34.00!!!!! Seventeen releases of high necessity!! The last Marti Jones solo CD I didn’t have at a price they practically paid me to take it from them. Two of the five Pete Shelley singles I need for a rarities compilation event. The Pat Wilson EP I wanted for 37 years. One of the few Mari Wilson discs I don’t already own, and a 12″ [I already have the 7″…] from Compact Records labelmate Cynthia Scott. I have tons of 12″ remixes from Data’s “Elegant Machinery” period, but not the UK 12″ of “Blow” with “Blow-Back” on the B-side. Now that home-grown DLX RM of that title is possible.

One more Positive Noise 12″ to fill out the LPs of that fine Scot band I’ll have to make. And speaking of Scots, FINALLY… the 12″ of “No Regrets” is in the Record Cell!!! That was an incredibly difficult single to source back in 1982. I only got the 7″ when Mr. Ware gifted me with a catalog-bought SPN 7″ with textured sleeve in the late 80s, but the 12″ was insanely rare in America for some reason. Holger Hiller’s scarce “Whippets” single with Billy MacKenzie conspiring to blow our minds. And three 12″ singles from the intriguing Floy Joy [I got the album a year ago] as produced by Don Was. Shipping from The City of Brotherly Love? A scant $5.00!!!!! [swoons]

So all of this bounty was barely a financial blip. I’m still scraping the ground on music costs this year [knock wood]. Well under $200 but with these kinds of titles making inroads, I could not be more happy and content. This year I am trying to keep to buying focused to what I want as much as possible and it’s a whole lot better than the sheer bulk of over consumption. I’m happier spending $60 on 20 releases I really want than $400 on a scattershot approach. It’s quality that matters. 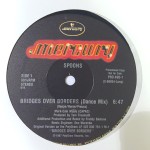 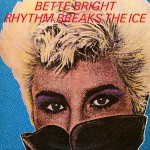 8 Responses to Sometimes, Not Buying Records Is A Bit Boring