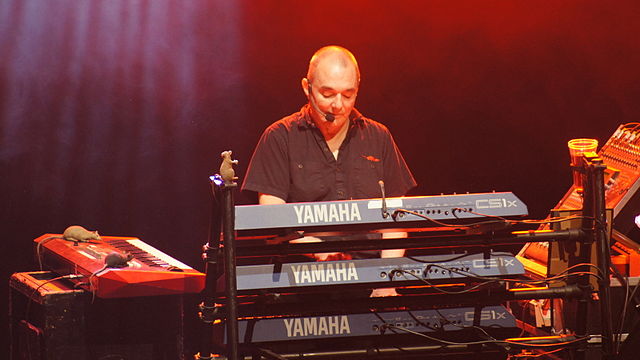 Here we go again. I had planned to review a new release today but I was blindsided by this instead. I have been mentally preparing for every musician I enjoy eventually meeting their fate as have been writing this blog since they are all as little as 3-5 years to 20+ years older than I am. And I’m not terribly young. But the covid-19 crisis is indiscriminate on who gets cut down. Yesterday it was The Strangler’s immensely talented keyboardist, Dave Greenfield who met his untimely end at only 71. The gent was apparently hospitalized for a heart ailment and fell victim to the virus. And here we all thought it would be drummer Jet Black [81 and effectively retired from playing for the last five years] who would probably be the first Strangler to go, but it was down to Greenfield this time.

I first heard The Stranglers at the courtesy of chasinvictoria, who was hoovering up New Wave compilations like they were going out of style in the heady years of ’78-’80. A+M Records had one called “No Wave” that he was exceptionally besotted with. Not long after buying a copy of that I think he ended up with albums by every one of the bands on it that A+M [the most progressive major label at the time who were actually licensing much of the New Wave acts exploding out of the UK] released. I recall hearing chasinvictoria bring in the “Black + White” album and play the first track on side one, “Tank,” on one of his radio shows at the high school station where we were DJs.

The the entrancing combination of punk belligerence coupled with a clear intelligence and miles of excellent musicianship made me an instant fan. Dave Greenfield was clearly one of the keyboardists of the time who could play for miles. Obviously gifted with heavy technique yet never boring. If “Tank” immediately made me a fan, then Greenfield’s atonal solo on the next track, “Nice + Sleazy” blew my young mind. It made Eno’s seminal work on “Roxy Music” sound staid in comparison. Hearing this was like licking an electric socket! I immediately fell in with The Stranglers and avidly followed their career for the entirety of their years with Hugh Cornwell as their lead singer.

The Stranglers career during my fandom fell into two distinct phases. The New Wave/Punk years on United Artists Records,  when the band were never too far out of the UK top ten with many gold selling albums and hit singles that ran the gamut of styles and influences. Followed by their more commercial [yet ironically less successful] CBS records era. But if the band got more commercial, then at least they were going down that road with panache. Hugh Cornwell had said that he felt that the band’s CBS era had them following the lead of more sophisticated pop like Roxy Music [who had just stepped down in 1983] and Greenfield’s keyboard prowess went a long way towards making that not only possible, but even desirable.

The band had their biggest hit in 1981 with the elegant smack song “Golden Brown” selling big the world over [with the exception of the US, where “punk rock” like The Stranglers never stood a chance] and they used that huge success to transition to the larger CBS Records at the end of their UA contract. Greenfield’s harpsichord hook was utterly central to the song’s gravitational pull. Then the subsequent “Feline” album showed just how sophisticated and stylish these former thugs could be. Songs like “European Female” were close to what Ultravox were offering at the time in the smoothly synthetic sound they offered.

I remember being particularly smitten at the time when “Aural Sculpture” was released in 1983. The songs were simply fantastic and I had always felt that “Skin Deep” was the best song that Johnny Cash had never written. Actually, I would have paid top dollar had Rick Rubin picked that song for Cash to make his own during the American sessions, but it remained a lost opportunity.

Dave Greenfield didn’t stray far from The Strangler’s mothership. There are only a handful of side efforts that kept him busy in his off time. He played occasionally with J. J. Burnel on duo or the latter’s solo efforts. There was the retro cover band The Purple Helments that probably slotted in close to things like Naz Nomad + The Nightmares. In 1988 Greenfield and Burnel were all over the Mona Mur debut album and I may  need to hear this.  Then there was the 1993 Dani album “N Comme Never Again” which also had Jérôme Soligny involvement in addition to Greenfield and Burnel.

But The Stranglers without Cornwell never convinced me. I bought the first single, “Heaven + Hell,” and simply could no longer believe in this once vital band. I bought a few archival albums of Stranglers material post 1990, but that was the extent of any more Greenfield in my Record Cell. But what is in there counts for a lot. Condolences to his family and bandmates are certainly in order. 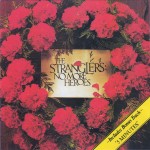 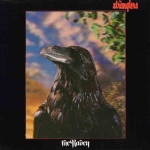 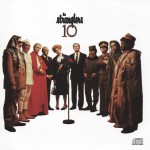 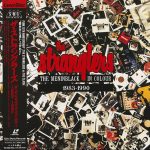 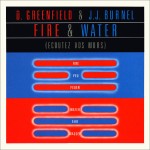