This morning while chatting with Gavin from the comments, he dropped the news that Bill Rieflin had died yesterday. Mr. Rieflin was a player with a wide expanse of work but since he first came to my attention in the mid-80s as part of the Wax Trax “industrial” wave that kept lapping at our shores ever since, I suppose I’ll always associate him with that genre. I think it was in The Revolting Cocks where I first heard his name. I surely heard this band in clubs and on college radio, but I never took the bait, even though there were a lot of bands I made time for since the horror of the matter was that, though prolific, there weren’t enough Cabaret Voltaire releases for my liking. So I bought quite a few releases on the Wax Tax label at the time. The only Revco [as they were known informally] release I ever bought was a WLP 12″ of their banned cover of Olivia Newton-John’s “[Let’s Get] Physical.” which I don’t think I ever even listened to. Maybe it was because I was familiar with the record’s flip side, “[Let’s talk] Physical,” which looped a few seconds of the A-side track for over ten minutes of audio torture. I just ran across a copy at a record show in the 90s and it was not perilously expensive, and I seemed to have plenty of money then. Good thing too, as I sold it off years later during a time when money was tight

Rieflin’s industrial period also encompassed many, many bands that I remember hearing in clubs: 10,000 Homo DJs, Lard, Ministry, Pigface, Revolting Cocks, Nine Inch Nails, and dang, he was even in KMFDMI I did not know that. Alas, that came after I stopped paying attention to them. I once saw Nine Inch Nails open for Peter Murphy. Did I also see Rieflin then? I can’t really remember that show now. I liked the 10KHDJ cover of Black Sabbath’s “Supernaut” but my tolerance for Wax Trax had ebbed by the mid 90s, and I had never bought that CD5 I remember seeing.

By the late 90s, R.E.M.’s drummer, Bill Berry opted out of that very popular band. Rieflin was the man offered the drum stool. Such was his reputation by that point in time that he could get handed the drumsticks to one of the biggest bands in the world. Obviously, he had eventually grown out of the Wax Trax industrial ghetto where he had sprouted. Eventually, once R.E.M. became tabled, the next group he made waves with was one of my favorites this time.

Robert Fripp’s reactivation of King Crimson following a year of  retirement in 2012 was not  exactly foreseen by this Monk. But the big band he pictured in his mind’s eye was led by three drummers, including Rieflin. I waited four years patiently for King Crimson with their best ever lineup to come within spitting distance, and when they did in 2017, I was on it like white on rice. Alas, Rieflin opted out of that leg of the “Radical Action” tour and it was at that time that I surmised that he may have had a cancer battle going on, which was confirmed yesterday. So I never got a chance to see him play with this amazing band. Worse still, his wife died of lymphoma a year ago in in 2019 so he had lost that bedrock in his life near the end.

When I rifled through my virtual record collection, I was astonished to see that i only had seven releases with Rieflin playing! He guy was so ubiquitous that I thought for sure it would be at least a dozen. Most of them are King Crimson releases. But one of my favorites with him playing was the “Whiplash Boychild” album by Revco’s Chris Connelly, wherein the singer really stretched out of the shadow of Al Jourgensen to reach for a Scott Walker vibe that really worked like a charm.  And then on a visit to Nashville to catch Bryan Ferry, I ran across the only album I’ve ever seen by The Humans; the Toyah Willcox combo that Rieflin was a member of. The “Sugar Rush” album was some strong Art Rock with the complex melodic sense of Crimson in a simpler, more direct wrapper. Fripp [a.k.a. Mr. Wilcox] guesting didn’t hurt a bit. I need the first two of those but I never see any Toyah/Humans in The States any more.

Finally, I did end up buying one Ministry release that came after their Arista period that Rieflin contributed to. I still own the “Jesus Built My Hotrod” US CD5 and in 2020 that’s quite a statement from me. Not much survived my mid-90s “Industrial Purge.” I put it down to the participation of Gibby Haynes, I think. I was hardly a Butthole Surfers fan, but had to admit that he added the element X that made Al Jourgensen’s efforts palatable to me that time. 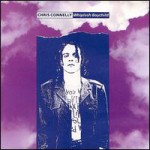 With his ubiquity, I thought for certain that I had more Bill Rieflin in my Record Cell, but there’s still room for more. I can’t begin to own all of the King Crimson he’s a part of, but those first two Humans albums need to find their way into the Record Cell eventually. There are probably releases I don’t know about that would be more aligned with my mature tastes than the plethora of industrial releases that probably make up a third to half of his oeuvre. How many of these 1492 releases are in your own Record Cells? Discuss below.