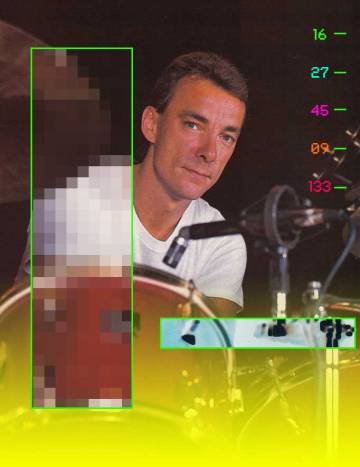 I got blindsided Friday night with the news that Rush’s drummer/lyricist Neil Peart had died after over three years of undergoing brain cancer treatment. This was a sad thing to hear. Particularly since I had been listening more to my very sensible but incomplete Rush collection in the last year following a trip to the Rock N’Roll Hall Of Fame where the highlight was video of Rush’s against-all-odds induction. My favorite Rush album had been “Hold Your Fire” since it was released, but hearing my 1980-1991 run of their albums  at once [I’d  never binged this deeply with Rush before] nudged me into changing my top pick after all of these years. “Power Windows” now takes my top spot with “Hold Your Fire” just beneath it in the Rush-Goes-New Wave® era beloved by me. Rush were many things to me; Led Zeppelin wannabes, bloodless Prog, something more than a False New Wave band, then eventually, Respected Elders of Rock®. Even getting rock crit love after decades of cold shoulder. I grew up when it was not cool to like Rush [for those of the generally Monastic persuasion] but I honestly appreciated them when and while I could. A lot. And it hurts to know Neil Peart; the band’s heart in more ways than one, is no longer with us. 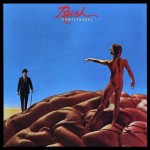 I first heard Rush relatively late in the game. It was 1977 and I was in my Prog Phase. I had heard about the band in print and eventually heard their latest album on the FM Rock® of the time. “Hemispheres” had a song that got FM airplay called “The Trees” and singer Geddy Lee’s voice was so high then, I thought that Rush had a female vocalist! Eager to sample, I bought “Hemipsheres,” their current [and sixth studio album] and a budget 3xLP reissue called “Archives” that contained the band’s first three albums. None of it gelled with me at the time. The first three albums were in Led Zep territory and I didn’t really go there. “Hemispheres” was a side of hi-concept Prog based on the notion of intellect-vs-emotion brain dominance as illustrated by the cod-Hipgnosis cover by Hugh Syme. The side one suite was actually the conclusion of an idea from their previous album [which I’ve never heard] called “Cygnus X-1 [book II],” presumably about a black hole! Your guess is as good as mine as to how these two seemingly disparate concepts were united across the albums! The three songs on the B-side of the album had no overarching theme. Here was a band finishing ideas across albums and daring listeners to jump in. Well, this one didn’t. I sold my Rush albums to my schoolmates since I had not yet learned of used record stores.

By the next year, Rush was of no relevance to me at all. Indeed, all of Prog was collapsing under the weight of its pretenses as New Wave was connecting with me much more strongly than my brief dalliance with Prog ever had. And it also had synthesizers in it but the music made with them was more my style. The songs were generally much sharper and cooler. It was 1981 when I bought the Ultravox 2×7” of “Slow Motion” and played it for an acquaintance who compared the A-side to Rush and I was most vociferous in that it Could Not Be Further From That®! Rush was old guard Rock. Heavily steeped in sci-fi concepts that failed to resonate with me at the time even though all I read from ’75-’80 was science fiction! I remember reading an Rush interview in a local music paper where they were name checking Ultravox and expressed an interest in having Midge Ure produce them! Wha…??!! 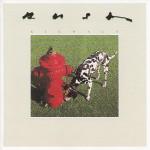 By 1982, I had another friend, Tom, who was a Rush fan. I exposed Tom to some of my Core Collection bands like OMD and Ultravox, but I sort of looked askance at his championship of Rush. I think it was 1982 where he got to go to a date in the band’s “Signals” tour for his birthday and was quite excited. I was non-plussed. I put the difference down to the fact that I had no taste for playing simulation/role-playing games, even though I was a sci-fi geek. By that year we had MTV so I was now exposed to the scant Rush videos the channel showed. Hmmm. They seemed to be getting very heavily into synthesizers. The next year, I read an article in the Village Voice where the writer made the case that Rush was now more closely aligned with a band like Ultravox than their Zeppelin roots. Hmmmmmmmm.

How I Stopped Worrying And Learned To Love Rush 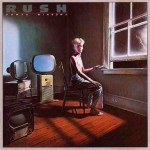 I finally crossed the line in 1985 after enjoying the songs “Big Money” and “Mystic Rhythms” via MTV clips. I picked up a used CD of “Power Windows” and found it very much to my liking. The band had obviously responded to the New Wave of the late 70s bubbling around them when I was looking elsewhere and had evolved into an appealing hybrid of The Police and Ultravox! It was as if by 1981 the band were devouring The Police and Ultravox while understanding how to add synthesizers more adroitly than on “The Ghost In The Machine.” Truth be told, by 1984, Rush was playing the Ultravox game far more compellingly than Ultravox themselves!

In 1987 I didn’t wait for used. I bought their new album “Hold Your Fire” immediately and reveled in their pivot to pop. Where they used to have 4-7 songs of heavy concept Prog on their albums, this new one had ten sharp, pop songs with rock chops. These shorter songs had all of the complexity that their side-long opuses used to have, but with all of the fat removed for a lean sharp thrill that hit closer to the mark of 1980s King Crimson than Yes or Led Zeppelin. Their last two albums had keyboard support from the talented Andy Richards, then neck deep in Trevor Horn’s ZTT Theam. You may remember Mr. Richards from a post on White Door a short while back. His synth prowess was foundational to all of the great work that ZTT had done from 1983-1988 and Rush, being no dummies, enlisted him to enhance both “Power Windows” and “Hold Your Fire.” The kicker had arrived earlier in the fall of 1986 when the second FGTH album “Liverpool” had arrived and sounded for all the world like a contemporary Rush album!

By 1989, I crossed the line in the sand and saw Rush in concert in a group with Mr. Ware and his drummer, Ray. We attended the Rush show at the Orlando Arena and as I struggle to recall, the opening act was Damn Yankees with Ted Nugent and Tommy Shaw of Stynx! Did we arrive fashionably late? I can’t remember how we would have blocked that out otherwise. But the Rush show was extremely tasty! They opened with my favorite song, the gripping “Force Ten” from “Hold Your Fire” so missing that tour didn’t really deal me a loss this time. The show was heavily skewed towards the material that was highly preferential to me with some old warhorses only getting trotted out at the end. The amount of change and development that the band evidenced over the 16 years of their existence was heartening.

That was as great a time to see Rush as I could have picked. By the end of the 80s, their New Wave era began to wrap up for the band as they got fave Rupert Hine to produce their albums. Rupert was no stranger to hi-tec rock music having created definitive examples of the form on his solo and Thinkman® albums. But after his two albums I lost track of Rush in the 90s. I’m told that they dialed down the synths during the grunge era. Not a shock, but I’d not heard anything they’d released following 1989’s “Presto.” I began picking up Rush CDs used when I happened across them at the right price in that decade. I snapped up the seminal in retrospect “Permanent Waves” where their first flowerings of New Wave DNA made for a surprisingly great album. A huge leap forward for the band in my view. The popular “Moving Pictures.” In recent years, Mr. Ware had given me “Signals,” “Grace Under Pressure,” and “Roll The Bones” as birthday presents. I now had the Rush run in the studio from 1980 to 1991 and it was an impressive, coherent body of work.

The changes in the band were profound up to that point. First the hard rock sound got dumped for a hard prog hybrid. The hair got cut [except for holdout Lee]. Then the lyrics went from Ayn Rand sci-fi to something far more humanistic. Rush had gotten pigeonholed as Rock Objectivists and even when I Was A Teenaged Randroid†®, I had never bothered hearing Rush’s “2112” album which had raised their profile considerably with an adaptation of one of her short stories. I was astonished when listening to 1984’s “Grace Under Pressure” when “Red Sector A” was not a dystopian sci-fi scenario [in spite of the deceptive name] but was instead inspired by the story of Geddy Lee’s parents being liberated during the Holocaust. It rips my heart out to hear it now. 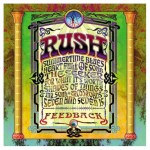 I actually bought some more recent Rush CDs last fall at a record show. Just to see how the wind had blown while I hadn’t been paying attention. Their album of acid rock covers stood up very favorably to the one by Ramones! It’s almost an EP of eight songs under 30 minutes. In contrast, I also got the final Rush album, “Clockwork Angels.” I recall hearing that it was said to be a return to a Prog concept for their final opus but I’ve yet to spin it. Well, if now is not the time, when is? I doubt I will ever own a complete Rush collection. I’ve never heard any of their numerous live albums, and doubt that I ever will seeing as how the band liked to replicate their studio sound to the best of their ability. But there was a time when Rush were in the center of a Venn diagram drawn between The Police, Ultravox, and Frankie Goes To Hollywood with their sound stretched into a place that had old line fans scratching their heads even as I finally managed to finally capitulate to their charms. That the band had the ability to vary their attack wildly throughout their 42 year career was down to the clarity of their vision and the nous that Peart brought to them as a drummer’s drummer who was much more than just that. Condolences to his bandmates and family.