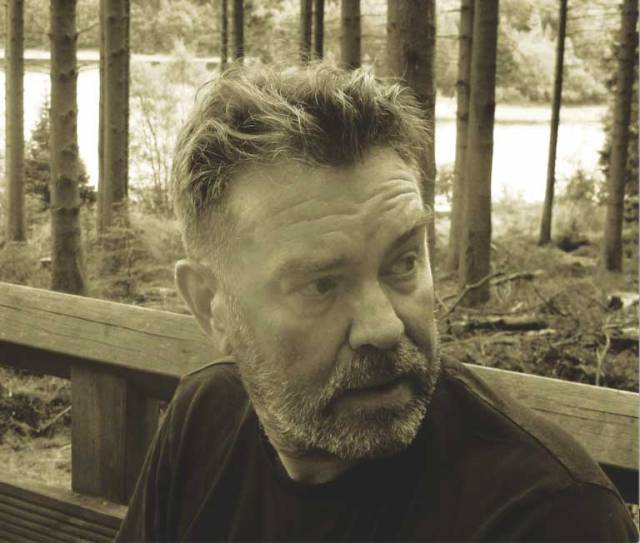 I have sad news today for music lovers, but especially music-loving graphic designers. Today the first thing I noticed when catching up on the news was that famed graphic designer Vaughan Oliver had suddenly died yesterday at the far too young age of 62. Oliver had been a graphic designer who had partnered very early on with the 4AD label to fulfill much the same intrinsic art director role that Peter Saville accomplished just a few years earlier with Factory Records. Each designer was the second employee of their respective companies after convincing the founder that their services would be absolutely necessary to the businesses. And how. Neither of those labels would have ever gained their particular cultural cachet without the visuals that each designer brought to their labels.

I first saw Oliver’s work when I saw a brief clip of Cocteau Twins’ “Pearly Dewdrops Drops” video on MTV’s “London Calling” in early 1984. Smitten, I made a bee-line to the record store [probably Murmur, but perhaps Peaches] to find it immediately! It was not there so I grabbed the only other Cocteau Twins release I saw; “Head Over Heels” on import LP. It was 1984, so I was still buying LPs, but only for another year or so. The cover was immediately striking. It looked like nothing else I had ever seen before. The credits cited 23 Envelope as the designers and I would eventually know that name to represent the synergy between designer Oliver and photographer Nigel Grierson, whose abstract textural photography was certainly front and center on the many Cocteau Twins on the label that I was practically buying by the armful in 1984. Grierson would continue a fruitful relationship with Oliver until 1987.

Many were the times I stared at a Cocteau Twins album cover trying to parse what exactly had been depicted on the cover. The first one I bought seemed to resemble a pond into which metallic silver paint had been poured over the surface. There seemed to be a fish out of frame on the right hand side of the cover. Had they really dumped paint into a pond to shoot this? Or was it an elaborate construction? I couldn’t have imagined the artists polluting a lake or pond to get this shot, but it sure looked like exactly that.

The one thing that was clear about the cover was that it was almost a perfect visual metaphor to the equally abstract and diaphanous music on the disc itself. What we didn’t know then was that the band were notoriously difficult to please and made a habit of vetoing most of Oliver’s ideas. They tended not to know what they wanted, but they certainly knew what they didn’t want. The graphic designer’s nightmare. But the synergy between the band and 23 Envelope were certainly a calling card for the band and even the label. The later Cocteau Twins releases made after they left 4AD by no means have that certain ineffable quality that their releases on 4AD had. In spades.

Label owner Ivo Watts-Russell gave the bands a certain free reign with the design of their releases. Bands were allowed to get as involved as they wanted to do, but more often than not, the in house team of 23 Envelope planted their stamp on the concepts. And after Cocteau Twins began to attract interest to the label after several years of relative obscurity, thousands of eyes were now attracted to the increasingly lush and unique house style that not only reflected the music on the discs themselves, but also the packaging thereof. After a while, people tended to buy 4AD records due to the incredible consistency of the sound and vision of the releases. They were, for better or for worse, perhaps the first example of “coffee table records.”

At first, I had bought every Cocteau Twins release an in doing that, had amassed a large collection of 23 Envelope work but in 1985 I started buying Colourbox releases and the style on those was not dependent on the lens of Grierson and reflected a very different point of view to the Cocteau records. Here, the typography and layout was where the greatest impact was made. The fascinating thing was that a cover such as “Colourbox” [at left] was made years in advance of Photoshop; making me wonder if Oliver had been able to use an impossibly high-end  Scitex/Hell system to create the cover.

Another artist I had been collecting for some time by 1988 got an injection of Vaughan Oliver style as David Sylvian had his entire “Secrets Of The Beehive” campaign designed with the Oliver touch. The album had been a fruitful blend of Sylvian with Ryuichi Sakamoto guesting throughout the entire album to stunning effect. The subsequent Sylvian/Fripp campaign also retained Oliver for “The First Day” and its attendant singles. I managed to find the “Let Happiness In” 12″ a few years back, but the other single of “Orpheus”still evades a berth in my Record Cell. Meanwhile, I only have one of the “Jean The Birdman” CD singles and still need the “Darshan” single from that opus.

As the 80s became the 90s, I was able to acquire precious graphic arts additions to my Record Cell via the 23 Envelope Exhibition/Exposition catalog shown above. The book showed up at Murmur Records and I did not hesitate to buy it even if it was not music per se. It was an elaborately illustrated overview of nearly a decade of Vaughan Oliver sleeve design and the fact that it came with a translucent, synthetic paper dust jacket just happened to push all of my  aper fetish buttons as a designer. I never saw another copy of this for sale and for half a lifetime, it was been a linchpin of my graphic design library. 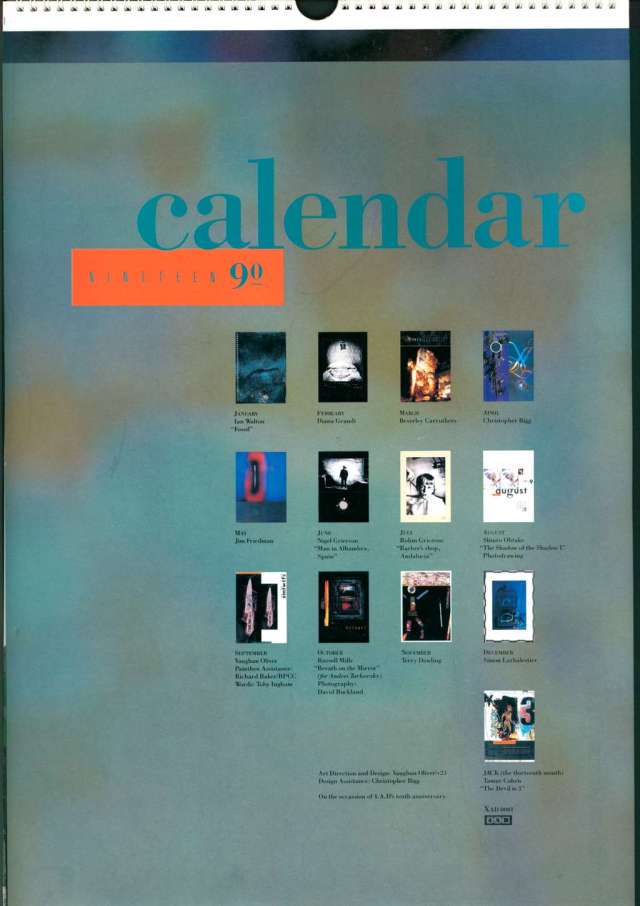 Around the same time, I saw other 4AD related ephemera for sale at Murmur. They had a collection of posters in a tube that i stopped short of. It was nearly $50 as I recall. But the 1990 4AD calendar was something that I was happy to purchase immediately! This enhanced my work cubicle that year, but was sacrificed decades later to fund some of the many music related trips of 2013 as I began amortizing my excessive possessions into travel funding. The latest work by Oliver in my Record Cell were his rich, almost impenetrable covers for Scott Walker’s late solo work on the 4AD label.

By the end of the 80s, there were four graphic designers whose work was crucial to the music that had enraptured both my ears and eyes. Peter Saville. Malcolm Garrett. Neville Brody. And Vaughan Oliver. These were the top tier designers whose work I was always grateful to see enter the Record Cell. That they formed long term relationships with many of my favorite artists was not a coincidence as they helped to craft each band’s branding each artist as much as the other members of the bands themselves. In the cases of Saville and Oliver, they transcended the branding of the bands and provided an overarching aesthetic of the label itself that issued the music. Quite an accomplishment, especially in those more naive times when “branding” was something done to livestock. Now Oliver is gone, but the work remains for we fans of music and its physical manifest. Condolences to Oliver’s friends and family who can only take cold comfort in such sentiments. 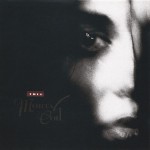 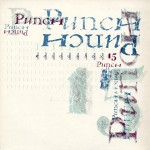 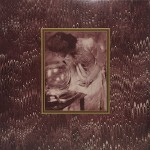 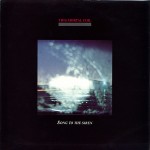 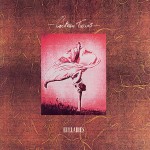 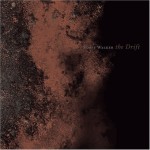 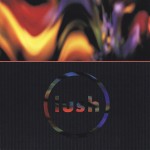 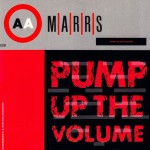