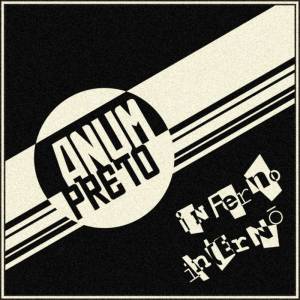 The fascinating thing about the future we’re living in is that 40 years down the line, is that what were small movements in the hurly burly of musical history, unfurling at a furious pace with new genres and sub-genres debuting and moving aside in as little as 12-18 months, the ability now exists to mine these seams of musical ore at a more measured pace. And this was exactly what Anum Preto from Brazil, have done on their debut album. 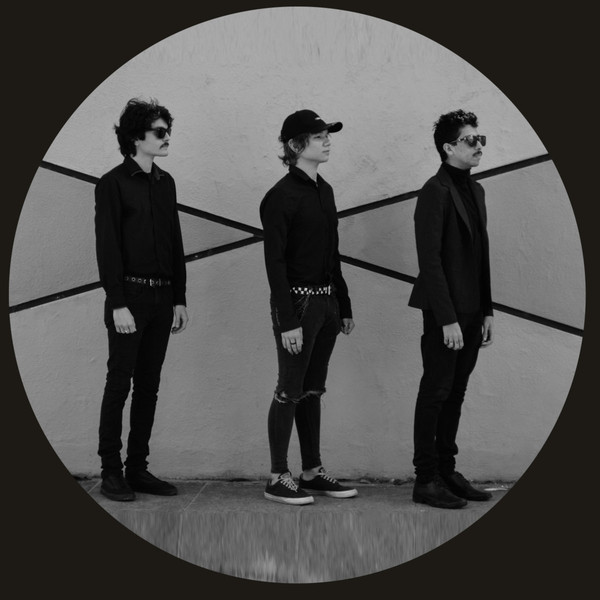 The instrumentation on the album was simple and direct. Vocals, keyboards, and drum machine were from Aerson Moreira, with bass [Ricardo César] and guitar [Rafael Biersack] the only other instruments to be found here. The thing that delighted from the start with this album was the simple clarity of the arrangements and recording. It was straight from the heart of indie Post-Punk ca. 1979. Listen to any track and it could have been an obscure Rough Trade single from that year!

The shadow of Jah Wobble was cast over Mr. César’s bass lines and that can only be a great thing. The clarity of the mix with the solid bass being lit by the shards of trebly guitar glinting like shafts of light in the gloom was a sound that would have only needed six tracks out of an eight track board in 1979. Meanwhile, the use of only a drum machine [sounding like 1983] to provide the beats catapulted the band forward in the Post-Punk timeline, giving this album frissons of hybrid vigor that kept it from being just a pastiche exercise. Because if this music had been on a 1979 Rough trade single, the drums would have been acoustic and more traditional.

“Quando O Seu Mundo Se Acobar” started the album off like an early Cure track and set the wintry mood that this album fostered. The vocals were drenched in echo and set back in the mix to become a part of the music rather than a foreground piece. The title track [“Inner Hell”] was fantastic with a dub energy coursing throughout the song and especially the vocals. On “Perdendo Os Meus Nervos” it was the guitar that got the dubspace workout; leaving the long instrumental build up in the intro play out like Bauhaus’ “Bela Lugosi’s Dead” with pick scrape creating entire worlds of sound to explore. Sample below.

I loved the whipcrack beat that drove “Nada Te Alivia,” but the real treat was the synthetic shaker that I swear I have not heard since Ultravox’s “Reap the Wild Wind” back from 1983. Though Anum Preto did not run it through a effect like Ultravox did. While synths were minimal here up to that point, they got a moment in the spotlight on the richer sounding “Outros Planos” and the music stepped away from the Minimal Synth template for a stretch. But that was mild compared to the exceptional “Luto.” This track boasted the richest arrangement here and a lot more keys to reach a standard that reminded me of New Order’s “Movement.” Even Moreira’s vocals were coming from the same place that Bernard Sumner had also peered out from in the somber space of a song whose name translates to “mourning.” I can’t help but think that this track is probably the outlier to the way forward for Anum Preto. It built a really appealing musical structure considering that the translated lyrics to these songs were an exercise in angst far closer to what Nine Inch Nails usually served up. Thankfully, the music here was much better than that!

“Cигарету” [“cigarette”] was a wildcard here with the lyrics being sung in Russian for a completely different feel. In fact, at first, I did not recognizer the vocalist as being Mr. Moreira, but on the chorus I finally recognized him. The use of fills only on the drum machine for two bars at a time in the intro and throughout the arrangement was a bracing gambit; one rarely attempted, but startlingly effective here. “Espírito Santo, Alien” was the jolt of energy the album needed at the right time. The urgent tempo showed that there was more to Anum Preto than the cold sound of depression. I especially liked the great drum machine breakdown in the middle eight for a more expansive feel. The closer “Tua Alma Há de Morrer Antes Que a Carne” [“Your Soul Is Dying Before the Flesh”] was the only cover here. This originally came from another Brazilian band called [wait for it…] 1983. It had originally been on their album of last year, “Persona Non Grata.” Anum Preto took the sound to different places by using the sound of a crackling fire on the intro and outro.

Given a few days to listen to this, it’s really wormed its way into my cranium like a virus. These songs have been haunting me this week, but given that the lyrics, when translated at DeepL were incredibly morose, maybe it was a good thing that I did not understand Portuguese. Otherwise I could be very depressed by now. As it was, the somber atmospheres coupled with the deep bass and almost twangy guitar cutting quarter notes through the music like morse code made for an appealing sound. Especially with the drum machine playing off of the guitars. I could only enjoy the sort of music that in a just world, might have been a four track 7″ EP on Rough Trade in the powerful year of 1979.

If you’re at all interested why not grab a copy now? It’s selling for only $2.00 a DL [all popular formats, including lossless] in the Bandcamp store with a CD option for the same price, though shipping from Brazil to wherever you are won’t be inexpensive. But for the intrepid, the executive package of CD/button/sticker is just $4.00!