Posted on October 9, 2019 by postpunkmonk 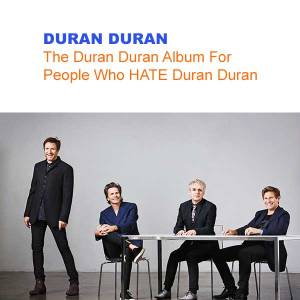 So, to clarify where we are going with this, it’s not just what I think are the best tracks of Duran Duran. In fact, there will be no real singles in evidence here. One or two of these songs may have reached promo status in one territory or another. What I am investigating is a certain mood that the band have been capable of since day one, and yet, that reflective mood is at odds with the band’s somewhat crass image and reputation. Shall we continue?

I always liked the “Notorious” album as I felt it was the most cohesive work the band ever did in album form. DD albums usually careen all over the road, but the songs and the arrangements fit like an Italian suit that time out. Maybe it was all down to Nile Rogers, who finally produced a full album this time with them, after getting his feet wet with with mixing “Reflex” and producing “Wild Boys.” This might be the closest thing to a dance track on this theoretical album, but if so, it’s for subdued, late night slow dancing. In spite of the staccato horns, the lush synths airbrushed throughout the song were subtle counterpoint to the beautiful refrain that LeBon sang before each chorus.

This spartan ballad was barely there; just a touch of synth ambience, and some surgically minimal blues riffs that were almost like samples. This let LeBon carry the beautiful melody. At least until the middle eight where some whale song hijacked from Kate Bush and the dubbed out abstract jazz piano of Nick Rhodes took this song into uneasy listening territory before circling back to beauty.

This song was the linchpin of this album. This was the target that all of these songs had to be at least trying to reach. If Duran Duran wrote nothing else past 1987, I’d still remember them for this song. A song that practically defined languor and sensitivity. The acoustic guitar solo in the middle eight touched on Spanish guitar without going overboard. LeBon’s lyrical metaphor was rich. The band had earlier sent feelers in this direction; to the extent that young boys could. This was graduation time. The song seemed to be a re-examination of the theme of “Save A Prayer” as seen through older, wiser eyes. In the end, that descending chord hook seems to contain all of the regret and melancholy in the world.

I had big problems with “Liberty,” but the reserved, arid ballad “My Antarctica” had the chops to outlast this millstone of an album. When the band resurrected it as the B-side for “Ordinary World” when that came a few years later, then everyone got a chance to hear it. It’s the severe spinster librarian of the songs on this playlist, but it acts as a fine astringent palate cleanser to prep the listener for the next song.

Apparently it was down to Milton Nascimento’s friendship with DD guitarist Warren Cuccurullo [and for that we are grateful] that led to his being asked to co-write and duet with Duran Duran on this utterly gorgeous song. This song never fails to lift my heart every time I listen to it and listening to it as I am typing these words, I’m getting a little misty-eyed. It is so beautiful, that it is effortless to forget that the band performing this song ever had anything to do with a track like “Girls On Film.” The complex melody entwined between LeBon’s and Nascimento’s vocals is stunning.

Next: …Things Get Personal