The Return Of Scooped: Peter Gabriel – Flotsam + Jetsam Competes With My Own Set From 2006 [part 2]

Posted on September 19, 2019 by postpunkmonk

I miss this peter gabriel

So yesterday we covered what I’m missing: six tracks from the early-mid solo era. Two of them were unleashed only for this set, and I actually had one of the missing tunes without knowing it! The other three were unknown to me at the time owing to the lack of web resources at the time. But I’m just a little-guy/hobbyist. What about The Man??! How does he fare under the cold eye of observation?

As it turns out, I included a hefty ten tracks not accounted for in the “Flotsam + Jetsam” pg DL collection. Four of the songs I included were high profile gigs on other artist’s records. The sort of thing that rarely shows up on an artist’s compilations if they were not the titular artist issuing the song. Though that didn’t stop Midge Ure from getting “Yellow Pearl” by Phil Lynott issued on any number of compilations! I get that rights i$$ues probably precluded them from being included, but the other six were less clear cut. I’d deem half of them omissions of some sin.

Bob Ezrin was obviously determined to swamp the song “Here Comes The Flood” with all of the bombast at his disposal; much to the song’s detriment. Ironically, a more subtle arrangement allowed the full weight of the lyric and intention to weigh more heavily upon the listener. So it was not shocking when given the chance to revisit the song on his second album’s producer’s first solo album [?], gabriel pounced on it. The version on Robert Fripp’s “Exposure,” could not have been better. In 1979 all I wanted to hear was Frippertronic guitar [which was useful as Fripp soon began issuing albums in said style at the rate of three a year!]. The Frippertronic/piano version as produced by Fripp was perfection for the song. By not putting the sonic boot in your face, the song was now free to devastate.

I had never heard of Johnny Warman before buying volume two of the great Canuck New Wave compilation “Hardest Hits vol. 2,” but his “Screaming Jets” was very much beholden to peter gabriel. Not only did gabriel add BVs and effects to the song, but his then-current rhythm section of “Jerry Marotta and Tony Levin were all over the album “Walking Into Mirrors.” It was the only of Warman’s albums to have gotten a CD release years later. Maybe I should try to buy a copy. Albums like this have gold potential now.

Three live tracks on my set came from The Bristol Recorder, a Bristol-based LP/magazine very close to what Debut Magazine would pick up on more successfully three years later. A 12″ x 12″ gatefold album with magazine pages inside the gatefold. I remember when chasinvictoris came across this in probably early 1982 [no doubt at Wax N’ Facts in Atlanta…] and told me all about it. I never managed to find a copy, so I borrowed it from him and digitized the three tracks. Two were familiar pg canon from his previous year’s tour [albeit in two different locations] but the 1977 cut was a Motown cover from his first solo tour. Probably down to the lack of material to play in the set. Tony Levin sounded great sinking his teeth into “Ain’t That Peculiar!” 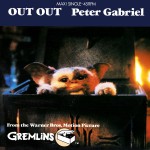 1984 brought several pg tunes on movie soundtracks. Since he had not yet had big hits of his own yet, I’d imagine that this was down to the soundtrack he had crafted for Alan Parker’s “Birdy” but that happened in 1985! There was “Walk Through The Fire” from the “Against All Odds” OST that saw former cohort Phil Collins decimating gabriel on the charts with his unavoidable megahit theme song that sold about two million times more than this fine song which was the last peter gabriel release that had what I’d refer to as his “classic “’80-’82 sound. Then there was a second Nile Rogers production on the… “Gremlins” OST?

The song “Out Out” was a seven minute avant funk jam that sounded like it was improved/recorded/mixed in what might have been an afternoon. I would have been too mortified to have ever bought the soundtrack LP to hear this, but in 1985, I was shopping in Vinyl Fever Records in Tampa for the first time [prior to seeing Tears For Fears] and was astonished to see this 12″ single version of “Out Out,” which only got a release in The Netherlands. But there it was and I snapped it up. It still had “Gremlins” cover art, though the song undoubtedly sounded its best on this 12″ disc.

The “Gremlins” OST only got a European reissue on CD in 1993, which I’ve never seen. The 2015 US reissue is simply the complete Jerry Goldsmith soundtrack with none of the pop tracks on side one of the original OST EP. I see that the “Flotsam + Jetsam” comp has the same 3:30 remix version of “Walk Through The fire” on it. I’ve never looked at the “Against All Odds” OST since I found a USP 12″ of just that cut in 1984, but the original album was a 4:00 peter gabriel only production, so we’re both missing that alternate version. Which I have never heard. memo to self.

Not having the “No More Apartheid” track from the “Sun City” album was understandably down to rights issues on that fund raising project. But since I who am not actually manufactiring and selling anything have no such restrictions. The glimpse of gabriel as he was transitioning away form his art rock phase into his hit making/world music years was useful. The song was another loose jam co-written between himself and violinist L. Shankar of Epidemics fame.

It was after “So” that peter gabriel got the nod to appear in a duet with his label mate Joni Mitchell. Her “Chalk Mark In A Rainstorm” album offered “My Secret Place” with gabriel and Mitchell going all jazz-lite on us. Which I sort of liked from pg. I found this USP 7″ single at the awesome Yesterday + Today Records in Pikeville, MD back in 2002 before I could ever find the Mitchell album. It was a 7″ edit, but a record in the hand is worth two in the bush, so I went with the non-LP edit of the song. 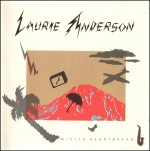 The “So” album had an alternate version of “Excellent Bird,” his 1984 duet with Laurie Anderson [as produced by Nile Rogers, who would factor in all of the one-offs that gabriel had produced that year] from her album “Mister Heartbreak.” Well, that song certainly needed to be there. Especially since I preferred that version to the one used as a bonus track on the  “So” compact disc. 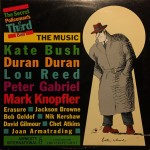 Finally, there was another fund-raising album with an otherwise unavailable peter gabriel cut. It was another live recording of “Biko” but how could there be an Amnesty International fund raising tour with gabriel playing without it? As it was the second instance of the song appearing live in 1987, I have to say that I preferred the nearly ten minute Amnesty International tour version on “The Secret Policeman’s Third Ball – The Music” to the 6:27 live “So” tour single version [that was recorded that year at Blossom Music Center in Akron] that Virgin released as the song was used in a music video that cross-promoted the “Cry Freedom!” film – which did not feature the song it it! The shorter version was on the new “Flotsam + Jetsam” comp. This one was not.

This all goes to show that there is no one correct way to compile a project. I’m free to include things that would be difficult for lawyers to clear. And the artist may know about tracks so obscure that I only found out about them when word of this comp arrived. Then there are tracks on fund-raising records that are usually problematic for clearance reasons outside of the original issue. But I can say that the notion is now there to re-compile and remaster this release with the tracks I’d missed. I can buy some of them as single DLs. Now all I need is to bring my now 18 month old new iMac into the CD making era with a new copy of Toast music burning software. I managed to buy the disc burning drive last year but the money for software upgrades [not to mention blank media] simply has not been there since I bought the computer in Spring of 2018. Wish me luck.

10 Responses to The Return Of Scooped: Peter Gabriel – Flotsam + Jetsam Competes With My Own Set From 2006 [part 2]