Posted on September 9, 2019 by postpunkmonk 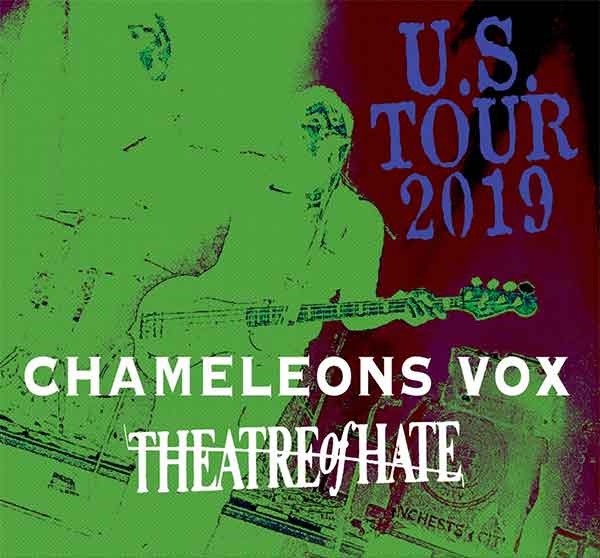 I have been remiss in my duties with all of the hoopla of recent weeks. I’ve already sent the info to my friend Echorich to his delight, but there may be some other eyes who read this blog who would be interested in this one. I know, that I’d go if I had half a chance! With several gently probing US tours by Chameleons Vox in recent years, 2019 seems to be the year it gets very real as Mark Burgess and his band are mounting a reasonably large North American tour that is well matched with Theatre Of Hate! If you click through to the TOH website, the home page shows that their current UK tour has Derek Forbes + the Dark (?) opening so you know we need to investigate further! 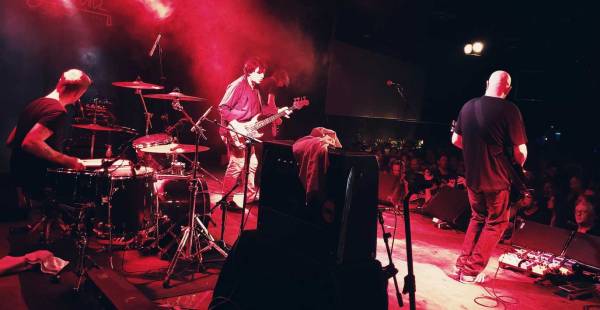 I was an immediate convert to the sound of Chameleons as to these ears they proffered a tougher take on the kind of guitar-based New Wave that U2 were selling back at the same time; albeit with none of the many downsides to my ears. When synthpop was having its big day in the sun, this was what we listened to for detox purposes! I bought the very compromised US edition of their debut and later bought the “Strange Times” album on LP. Only to trade them off when imagining the CDs of them I’d one day have. I’m still waiting, there. The irony was that I do own the “What Does Everything Mean, Basically” sophomore album on the shiny silver disc, and it was something that I never saw on LP back when it was released! 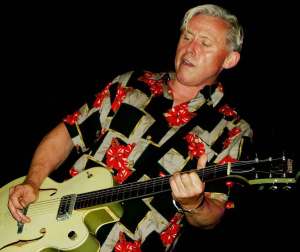 Kirk Brandon of Theatre Of Hate

A year earlier than I first heard Chameleons, I had my head turned by the cinematic and stentorian dubrock soundblast that was Theatre Of Hate’s “Do You Believe In the Westworld.” Both the album and the 12″ single of which have resided in the Record Cell for a long time now. The pairing of Kirk Brandon’s band with Chameleons is possibly the best possible Post-Punk tour teamup imaginable. I can see lots of fans rapturously enjoying both bands equally. With the realities of touring in America, this makes more sense than most things happening in these end times.

And most of the dates for this tour have Jay Aston of Gene Loves Jezebel also on the bill. I can’t say I’m a fan of the Welsh band, as I have usually found them to be a little too close tot he Bonosound® in the vocal phrasing department. But I will cop to actually liking the Madonna cover of a song of hers they performed on the “Virgin Voices” album many years back. It dated from the period after my cultural embargo against her was erected – the tune in question being “Frozen” in a razed In Black mix. I mean, I don’t like Gene Loves Jezebel or especially Madonna! So anything’s possible! So what are those dates dotting the North American continent in about a month?

Whoops! That UK date in December just squeaked in there, but Icicle Works is another superb pairing with Chameleons Vox that I’d be hard pressed to top.