Posted on September 6, 2019 by postpunkmonk 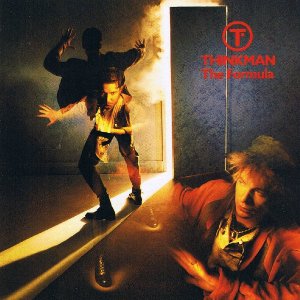 When I was in Akron last weekend, I had the chance to have a conversation with my brother-in-law. At the time I married into the family, he worked for Muzak and he had many a music-biz story to tell. In later years, he left that company and now runs his own business and one of his biggest clients are the School of Rock company. So he’s still heavily involved with the business, and by that, of course, I mean the industry. He was telling me about the time he recently met Rupert Hine when speaking at a School Of Rock convention/seminar. He was not thrilled that he was to follow Mr. Hine! But he ended up spending some considerable time in Rupert’s company on that trip and found him to be an engaging guy. No doubt! I’ll bet my brother-in-law was surprised to have someone hear about his days spent in Hine’s company and to respond with a “Wow – you met Rupert Hine?!”

Of course, we always have much time and enthusiasm for Mr. Hine. But I’m…different. By the mid 80s, Hine had burned through a three album deal with A+M where he delivered the best music of its kind not recorded by peter gabriel [back when he was truly great] to little in the way of sales or acclaim by the philistines who make up our society. I was watching the early days of MTVs 120 Minutes in 1986 when I saw the first video by Thinkman; Rupert Hine’s new “band” now ensconced on Island Records. It was love at first sight. Treat your eyes below:

I was dying for that album but in America, it was LP only for this and the music was so steeped in technology that there was no way I was going to hear it on anything but CD format. I had to wait a year, but at least our friends in Germany had the brains to issue this on CD the following year. You may recall these were the dark early days for CD format when only Madonna and Phil Collins got their latest albums issued on the format up front. For everyone else, it was a catch up event with the CD appearing up to a year later, if the sales of cassettes and LPs could justify the investment of pressing a CD. This one must have troubled the German charts well enough. A catalog order later, and it was mine!

“Best Adventures” was an immediate grabber. After a cascading. multitracked drumroll using what sounded like a Simmons kit triggering industrial samples, the pounding rhythms immediately began and never once let up, as the sound was not unlike a stampede of horses across a plain. The cymbal work was an intricate mesh of metallic loops that interlocked continuously throughout the song. Synths occupied a horn space in the song. It was a thrilling song that I shall never tire of.

Atypically, for this particular song, the lyrics, by long-time Hine songwriting collaborator Jeanette Obstoj, were relationship oriented instead of having the kind of social concern that the rest of the album had as its keynote. That said, this was the best song on the subject of a possible breakup that I’d ever heard. It framed the essential conflict beautifully. And Hine’s singing was sensitive and dignified. I really need the 8:58 12″ mix of this one! I may have to mail order it since I’ve never seen it in 33 years.

The album’s other single was the title track; “The Formula.” This was very different from the first track as it was a high tech reggae number on synths. Here, the lyrics espoused an anti-TV/big media message that I can certainly get behind! Seeing as I gave TV up over half my life ago. Reading the lyrics sheet now, I can’t shake the notion that the song may have been inspired by Rupert Murdoch. The long 7:15 track had a largely instrumental second half where the groove skanked along on the synths and drum machines. In a rare instance, the 12″ single mix was almost a minute shorter than the LP mix. Shades of “…And That’s No Lie.”

The next song up was a lovely track that sounded like Vangelis at his dreamiest mated with feisty latin syncopation on the choruses. This album was clearing out quite a wide path for it to take on its journey. The lyrics here were actually inspirational as “Legend” was concerned with no less than the self-actualization of the individual.

“The Ecstasy Of Free Thought” took on the political media complex for its role in dividing us and perpetuating propaganda. Sound familiar? The lurching guitar of Jamie West-Oram [one of the few guests here] of The Fixx careened wildly through this one. Elsewhere his guitar parts were largely down to tightly controlled chords used for emphasis, not melodic leads. “The Challenge” was a finely etched piece with superb melodic counterpoint and multi-faceted harmonies throughout the chorus. The lyric metaphor of love as a mountain to climb was fairly well thought out, but I could say that about all of Jeanette Obstoj’s lyrics.

Thinkman took another venture into reggae territory with the dour character study “The Days Of A Champion,” which looked at the inevitable fall that was the silent partner of each and every rise to fame. The concluding “There Shines Our Promised Land” was a strangely diffuse conclusion to the album. The music there was surprisingly slight; almost held in reserve until the chorus hit halfway through the song and then the major chords dispelled the unease that shadowed the song until that point. Backing vocalist Lisa Dalbello also got a chance to shine here as she carried the major shifts in key. The lyric was ostensibly about migration to another planet but that didn’t stop it from being etched on Ms. Obstoj’s grave as her self-penned epitaph following her death in 2015. As always, that undiscovered country lurking ahead will always be an apt metaphor.

This was a fantastic album of high tech pop/rock music; never higher on the tech scale than with the effervescent “Best Adventures.” Intriguingly, Thinkman was revealed years later, to have been a media ruse! The “band” in the videos were actors hired by Hine to diffuse his role in the process as the gaunt and craggy musician had been deemed possibly not young and attractive enough to be the face of his superb music. So a trio of actors, including a young Julian Clary, were recruited to fill the spaces in the videos. Obviously, The Alarm were taking notes during all of this.

But all of that intrigue is meaningless now; unlike these sharply crafted songs that have stood the test of time better than most releases of the dreaded mid-80s. As chance would have it, after deciding to blog about this album today, I have discovered that Cherry Red has just released a new Hine/Thinkman compilation last week!

Hine had cherry picked ten tracks from the Thinkman phase and half of “The Formula” has been included here. Seeing as the Thinkman CDs have been in and out of print over the last 30+ years, this might be a good way for any and all interested to get a good sense of the kind of material that Hine was exploring as Thinkman with these songs of social justice, environmentalism, and the sound philosophical underpinnings that lyricist Obstoj brought to the game; matching Hine’s musical and production talent word for chord.