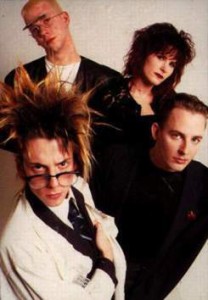 The hitmaking lineup of InSoc

I first encountered Information Society with their indie single “Running” on 12″ came out while I was still in college.  I remember it getting ink in the Billboard dance music column by Brian Chin that I read every week while I was in college, and those costly issues of Billboard were there for the reading. Since I was not in club in this period [I know, my loss, eh?] I never heard the track. Years passed and Information Society managed to get two singles from their major label debut album into the US top 10. Both singles, “What’s On Your Mind [Pure Energy]” and “Walking Away” were in the by-that-point well established freestyle genre. At the time, I could not be bothered by Information Society. I had sort of liked Shannon’s “Let The Music Play,” the 800 lb. gorilla of freestyle, in its time, but not enough to actually buy it. 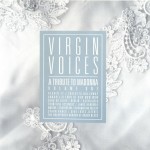 It remained until 2006, when I bought the Cleopatra Records Madonna tribute album [?] “Virgin Voices” when I was making my first Heaven 17 BSOG attempt. At the time they were signed to Cleopatra in The States, who had release their excellent “Bigger Than America” album here [albeit with a very different cover]. Like all of their acts, the label liked to put out “tribute albums” during this period with its acts all getting the prod to contribute. Heaven 17 turned in a thoroughly bloodless run-through of “holiday” that did nothing for me. Fortunately, some of the others tracks were actually appealing to me. Not the least of which was Information Society’s stab at “Express Yourself.” It was not a million miles away from the template that had created “What’s On Your Mind” but nearly 20 years later, it sounded appealing to me for the first time ever. I next used my LaLa account [r.i.p.] to obtain a copy of the “Information Society” CD and found it to be a mixed bag. 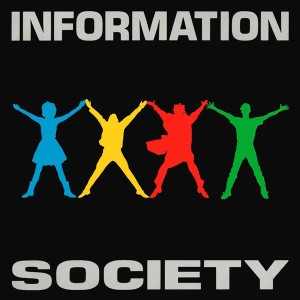 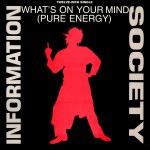 The US number two freestyle hit used geeky Leonard Nimoy Mr. Spock samples on the parenthetical title hook as the band had a mild penchant for sampled sound bites used sparingly. For the most part, the sound was a mixture of synthpop, electro, and freestyle; which isn’t much of a stylistic stretch. The band were indebted to early electro like the sort that Arthur Baker made his name with for Streetwise Records. The freestyle ethos meant that the rhythms were all full of Latin syncopation, yet executed on synths and drum machines. The ghost of New Order in their imperial period hovers over this album at its best. This track was perhaps a tougher example of freestyle than one could have found on the contemporaneous charts by Expose or Company B. I’ll put that down to the fact that unlike those other two  “bands,” Information Society were not singers fronting a production team. They were actually driving the bus.

I sort of preferred the pure pop of “Tomorrow,’ which was less club oriented. Vocalist Kurt Harland [called Kurt Velaquen, at this point – I had to look that up to figure out what was going on and it’s apparently a Tolkien reference – he comes by his geek cred very honestly between this and the Star Trek samples littered throughout the album] sand the song with a clean, clear voice; albeit one with little character. I appreciated the great backing harmonies from Amanda Kramer here. This was the only song on the album where she shared writing credits as well. The songs were mostly down to B-boy Paul Robb or arch geek Harland. 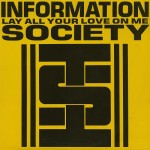 The cover of ABBA®s “Lay All your Love On Me” might have been the spark for Erasure to do another synthpop cover a few years later on their “ABBA®-esque” EP, but I can’t say that Erasure moved the goal very far from what was in evidence here. Aside from it not being among my fave rave ABBA® tracks, the big weakness here was the dreaded manipulated vocal sample in the middle eight that sounded like a duck quacking.  Not inspiring. Since there was no video for this, I only knew that it had been a single just right now, when researching their discography. 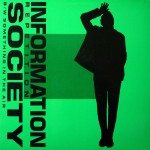 The next track, “Repetition” was even worse. This was a sappy Paul Robb ballad and as a club guy, he should have known better. Harland turned on the smarm as he crooned the tune even more smoothly than his normally fiber-free vocals. The dreaded Yamaha DX-7 Soporific Electric Piano® reared its ugly head here to make me dive for the >>| button every time. Like the ABBA® cover, this was also a single, albeit with an extended B-side remix instead of the resolutely unfunky A-side. 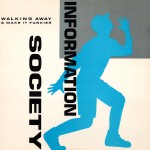 After this snoozer, the even more pure freestyle workout of the follow up number 9 hit “Walking Away” served to make it sound better than it might have actually been. This one hit the freestyle target dead on with the digital synth horns giving it a Latin flair beyond the syncopated rhythms. That said, I feel that Pet Shop Boys had done a better cop of the freestyle sound with their “Domino Dancing” single around the same time.

“Over the Sea” was a catchy synthpop number from the pen of Harland. It moved away from the freestyle tropes to reflect a bit of the New Order electro sound. One of the things I appreciated about this song was how it ended exactly when I felt it should be winding down. It literally began fading when I thought to myself “I think that’s been enough!” There’s something to be said for not wearing out one’s welcome. The following “Something In the Air” was a different kettle of fish entirely. The Paul Robb song was cut from exactly the same cloth as a cut from Duran Duran’s “Notorious” album. From the funky Nile Rogers rhythm guitar, to the Latin rhythms and especially the lyrics. The latter were as sexual as anything from the pen of LeBon, but I daresay that Double Duran would never break the mood by including samples of Mr. Spock in the middle of it! 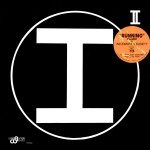 The version of “Running” on the album saw Harland re-recording the lead vocal for the former single since earlier vocalist Murat Konar had left the band before this album had been recorded. This one dove deep into the electro/freestyle bucket with lots of hard funky edits that took this one to 12″ single length. I have to admit that it lost me by the halfway point. After a few minutes it all seemed so arbitrary. The concluding “Make It Funky” was recorded with “vocals” from an early Macintosh version of the famous Eliza program quoting James Brown most robotically with “make it funky” and “good god” being repeated for the briefly ironic 1:11 album coda.

This album bears a few listens here and there, but it suffered from a lot of mainstream influence. The choirboy vocals from Harland were a little too wan for me. The circa 1988 digital synths used were a thin as vermicelli and the lack of power they brought to the tough dance songs were wanting. The soporific sappiness they brought to the ballad “Repetition” was downright fatal. For the most part, the album zigzagged between the same sort of NYC electro that influenced New Order [particularly on the “Confusion” single but also the “Low Life” and :Brotherhood” albums] and later period freestyle club pop that was the thinner, watered down essence of the earlier stuff that turned New Order’s heads. The lyrics were generally the typical relationship fodder of much pop music, and this was perhaps the biggest turnoff here.

“Information Society” was rarely truly compelling, yet usually not worth skipping through [except for “Repetition”]. This was the sort of album that was marginally better than what I gave it credit for 31 years ago, yet not capable of making me collect the band today. This made InSoc a rarity of the bands in my Record Cell. I’d estimate that 85% of my somewhat large collection comes down to about 150 bands. Bands I have a single album or two from are thin on the ground in my life. I keep some of them around to keep me from getting too set in my ways and to provide a little variety. That’s my relationship to this band in a nutshell. I would take another dip into the Information Society sea after this and the fact that I bothered showed how my take on this group had certainly moved the needle, however slightly, into the positive zone.