[…continued from last past]

So the brief here was to discuss CDs I have made through great effort for my simulated label, that eventually actually get made by real labels. This was a weird phenomenon where there are no easy attitudes to take. On one hand, real CDs are better than my homeburns. They are far more durable, even taking into account the archival gold media I use. On the other hand, a real CD I can buy for $20 replaces a project I may have spent 20-60 hours on. Had I known the availability would eventually, come, I may have picked other, less likely to be duplicated projects to invest my time in. 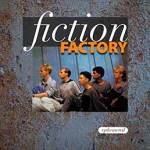 I really liked Fiction Factory and once I finally started buying their CDs and singles in the 90s, it occurred to me that I should compile the rarities in a single disc with both albums worth of extra materials compiled on it. I had the early 90s edition of “Throw The Warped Wheel Out” as well as “Another Story” and both came with bonus material. “I Who Know You” a B-side from the “All Or Northing” 12″ was included on”Warped Wheel” from 1993, but at the time I made this CD, I did not know it was a bonus track, so I did not include it on “Ephemeral.” I did include the two bonus tracks from the German Line CD of “Another Story.”

In 2013, Cherry Pop reissued “Warped Wheel” with a hefty nine bonus tracks. All of what I included was there, but they also included “All Or Nothing” and the 12″ extended remix of “Feel’s Like Heaven.” The latter stuck in my craw, since I had bought a 12″ of “Feels Like Heaven” and it had the LP mix and two non-LP B-sides on it. Little did I know at the time [the 90s when collecting FicFac was happening] that there was a 2nd 12″ [insert stinger] complete with extended remix. D’oh! No tracks from :Another Story were included here, but I should get a copy of this since a real CD is always better than burned. 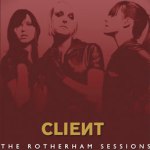 I finally got to hear CLIENT, the post-Frazier Chorus electro project of Kate Holmes after hearing about them for a while when the band hosted demos for download on their website in the mid-noughts. I downloaded “The Rotherham Sessions” [they thoughtfully provided a cover], and burned them to CD since that’s how I listen. BONUS TRACKS: The band also had in addition to the eight tracks of “The Rotherham Sessions,” a further five mixes and versions, so these lived on the same CD in my world. “Diary Of An 18 Year Old Boy [wet dreams mix],” Happy [dub],” Man Overboard,” “Pills [demo],” and “Telephone Sex.” “Man Overboard” was the best track here!

At the same time as they released the DL tracks, the band also pressed up a limited amount of “The Rotherham Sessions,” which were demos for their “Heartland” album. These were sold directly by the band; presumably as merch. But these discs had only the eight tracks from the “Heartland” album., though they were numbered and signed. They are pricey and I can’t really look to buying a copy. My CLIENT collection is big enough. I only need “Command,” their last album with Sarah Blackwood of Dubstar fame. Though Ms. Holmes had soldiered on with other vocalists in the last decade I remain dubious. 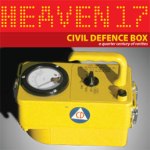 I compiled a BSOG [boxed set of god®] of Heaven 17 rarities in 2006. It was five discs and a DVD of videos. It came to my attention that I had not included some things due to error, so I thought I should remaster it in 2009. It was now six discs and no DVD, and the cover design/title changed significantly. It was still missing about a dozen remixes, so it was not truly complete even though it was a step forward. 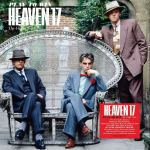 This year, Edsel Records released a ten CD box of the Virgin Records run of Heaven 17 with all albums and a TON of rarities included. Being Edsel Records, there were sourcing/pressing errors on half of the discs here, but I still want this! I need to get one of these before the price begins to spiral upwards, yet I also want to be able to buy one of the corrected versions. It may be that only replacement discs from the manufacturer are available. So I had better move on this one quickly. It’s three figures on Discogs, but still available on *m*z*n for ~$90. If I buy there, I will have to contact the manufacturer for the replacement discs, I guess.

11 Responses to Scooped! When Personal CD Projects Get Superseded By Real Labels [part 3]