From New Wave Funk To Schmaltz, It’s All Here

I was strongly drawn to the posthumous Prince album “Originals” that was released a few weeks ago. The Allen Beaulieu “Dirty Mind” era cover shot and the commensurate graffiti logo may have had something to do with it, but I was ready for this album when it got released! The page curl and sub-par Photoshop touches, less so. But I was in a Targét store the weekend of release and made my way to wherever they hide the CDs now [sharing half their small space with LPs!] because I had seen that the retailer had the bonus track gambit still going in 2019. I might as well get the copy with something extra. So this may have been the first CD I bought new in a store the weekend of release since Bowie’s “Blackstar!” Not a common occurrence that usually sees me playing catch up with years-old releases and rarely buying anything current.

The conceit behind this one was interesting. It would present Prince’s demo versions of songs that eventually came out by other artists. Unfortunately, that meant that it began with a misfire with Apollonia Six’s dismal “Sex Shooter.” Having someone who can actually sing [unlike Patty “Apollonia” Kotero] only marginally improved the track. It still felt like a way-past-its-sell-by-date generic funk track with little of the panache I expect from his quarter. Things got better with the Prince-led version of The Time’s epic “Jungle Love.” This was always a killer funk jam based on a trancelike funk rondo that was a perfect circle of energy. But the show was effectively stolen by Morris Day on backing vocals with his adlibs of “that’s good…that’s good…now let’s get the hell outta here” over the drum breakdowns at the fade.

After opening with the two tracks from “Purple Rain” but not on a Prince album prior, they next tune was another of the “big guns” on this album. It was interesting to hear the early version of Manic Monday” in that it was sung by Prince with the genders reversed in the lyric. [“she tells me in her bedroom voice…”] even though it still opened up with the “kissing Valentino” dream. One can tell when Prince intended the songs in question for whom ultimately released them as he tended to sing in the target vocalist’s range for his guide vocal. He does so here, but I’m still not sure that this wasn’t intended for his “around The World In A Day” album before he thought of throwing The Bangles a [solid gold] bone.

There were four mighty Sheila E. songs here and since she was a Prince girlfriend of a time, they get a lot of his attention. “Noon Rendezvous” was a spartan, crystalline ballad of just His Majesty’s falsetto wet with echo, a piano, and the most subdued rhythm programming ever. It was a stunning song, and his falsetto gave it away as a very-much-intended-for-Sheila effort.

I had to admit, that I’d read a lot about the Vanity 6 song, “Make-Up” and all of the rumors were true! As much as I’m really into 1981-1982 period Prince, the whole low-rent porn vibe of the Vanity 6 project [originally conceived of as “The Hookers”] gave off strong incentive to stay far away from it. Without those women mouthing his words, this version curtailed much of my discomfort with Vanity 6. As much as I love the New Wave/Funk hybrid approach of “Dirty Mind” and “Controversy” as my personal Prince apex, everything on those classic albums was completely superseded by the powerful electro-wave of “Make-Up!”

I more than detected the influence of The Normal’s “Warm Leatherette” on the deadpan vocal delivery, but the coldwave minimal music bed showed Prince was really interested in pushing boundaries. The track was all rhythm, with frantic bass synth sequenced in a circular riff that repeated for the entire song. Punctuated only by the skittish, enervated hi-hats and clap tracks. It was 2:26 of jaw dropping perfection. That bass run sounded mighty “familiar.” Could it have been that Tears For Fears heard this song and then wrote “Mother’s Talk” two years later? The drum track and bass solo on the bridge was pretty similar. Could be, could be. I have played this song countless times since buying this CD a few weeks ago and it’s nowhere near wearing out its welcome. This one is the Prince Bomb for me now. Tracks like even “Controversy” and “Sexuality” are fine, but have nothing on this. This was a statement.

The next track up was “100 M.P.H.” Written for Mazarati; the funkrock act built around The Revolution’s Brown Mark. It began and ended with a arena rock crescendo not too far from Journey territory, but after that locked into a lean and powerful funk-rock groove that could have gone for miles more. I may need to visit the original 12” mix of this bad boy! 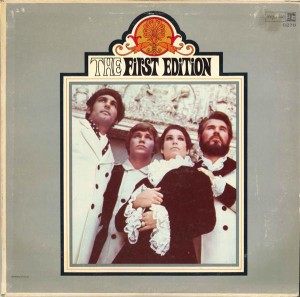 groovier days for Kenny Rogers in 1967

The one track I was reading about prior to this album’s release that was a total shock was the song that Prince had written for… Kenny Rogers??!! If ever there was an artist diametrically opposed to the Purple One, it would have to be the silver-haired primate himself. Anything the man recorded after “Just Dropped In [To See What Condition My Condition Was In” with The First Edition [in 1967] was eminently missable in my book. And yet, when asked by Rogers [a fan, apparently] if he had any songs for him, “You’re My Love” was the senses-shattering result. That Prince sang this in the lowest register I’ve ever heard him sing in leaves no doubt in my mind that he wrote this expressly for Rogers! That the song itself was a perfect Kenny Rogers pastiche suggests that Prince took the challenge on just to see if he could hit the target. I have to say that this song is as turgid and bathetic as any Kenny R. love ballad I’ve ever had the misfortune to hear. The result was a head-scratching curio that is just here to show that Prince could hit any target he wished to; no matter how ill-conceived. 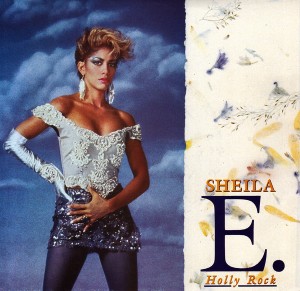 Another Sheila E. megajam came along right after that one to sweep us back to our normal state of happiness. I’d never heard “Holly Rock” from the “Krush Groove” soundtrack, but Prince obviously wrote this one with Ms. E in the ideal of setting her up as a female James Brown. That it was all hers was telegraphed by the rapping that had Prince dropping “Sheila Es my name…” The impressive 6:38 latin funk workout was liberally peppered with “good gods” that ironically quoted from the Godfather of Soul® as the pressure maintained at high levels throughout the track. At least until the drop where Prince dropped the “bs bomb” from his carefree, vulgar period before becoming a JW. Thankfully the tape was still rolling when Prince quipped “let’s see them dance to that” as the turbulent latin jazz funk workout came to a head of steam at its climax.

The version of Jill Jones’ “Baby You’re A Trip” came from five years earlier and in spite of the falsetto leads from Prince, it seemed to have been a duet between he and Jones from the get-go. I used to have the Jill Jones CD [I had bought it as a cutout for a dollar and sold it later on for many times more] so I have to say that Ms. Jones really stuck closely to the original lead vocal as Prince gave it every inch of transformative gospelized sex energy he could muster [and that was a lot]. The third of four Sheila E. songs here, the demo of “The Glamorous Life” gained nothing for having Prince sing it and lost plenty for not having her percussion kit going nuts on it as we have come to expect. But this track was the one of the four that only Prince wrote [though attributed to Sheila E.].

that COVER is New Wave!

A second song by The Time was from their “What Time Is It?” sophomore album. I’d never heard the single “Gigolos Get Lonely Too” and it was a silky smooth, satin-sheet, late-70s R+B jam with a delightfully incongruous pulsating syndrum/white noise hi-hat intro that brought it into the 80s. A fun romp that managed to be sincere and self-deprecating at the same time. Another song I’d never heard before was one of the tracks he wad written with Martika [of “Toy Soldiers” fame] and as someone who was not enamored of gospel-ish tunage, this one was a minimal drone that relied heavily on the impressive stacked harmonies of The Artist to good effect.

The last big gift here was the amazing “Wouldn’t You Love To Love Me” dating from 1981 and from the sounds of it, one of the last things that Prince recorded before getting his Linn Drum. This was a perfect New Wave synth-funk bopper of a tune given a full six minutes to unfurl energetically. The production here was drenched in reverb that rendered the cheesy electric organ into nirvana territory. It was released by Taja Seville six years later in a version I’ve never heard. But I’ll bet thousands of dollars I don’t have that it had nothing on the frisky New Wave charm that marked this one as a flatmate to the seminal “When You Were Mine.” Both tunes showed that Prince “got” New Wave and how. A classic piece.

Speaking of classic pieces, anyone who had heard the live Prince recording of “Nothing Compares 2 U” that had filtered out years ago knows that the arrangement that he envisioned was very different to the Sinead O’Connor number one hit version. The studio take here is little different; almost sounding like a different song entirely as the O’Connor version has long since been burned into our collective frontal cortex. Maybe that’s why the Prince Estate has let the unheard 1984 mix as orchestrated by Prince’s go-to string arranger, Clare Fischer, get a new lease on life as it came much closer to the expectation of what “Nothing Compares 2 U” should sound like. I have to think that Sinead might have heard this as it’s closer in feel to what she captured on the song.

The posthumous Prince caravan will go on for who knows how many years. From what rumors say, there could be dozens of unreleased albums in our lifetimes. And possibly later if the Jimi Hendrix legacy is anything to go by. But few artists had the studio incontinence of Prince. I can easily believe that he could have recorded at least a song a day. And he was known to mix it on the spot and toss it into The Vault.  The curation on this one walks a fine line between serving up familiar classics, yet is salted with more than enough startling gems to more than compensate for the still unbelievable scenario of Prince writing a Kenny Rogers song. With all of the MOR production traits that one would expect in such an endeavor. As long as they keep the shocks down to a minimum, like here, then I am down with this program. If they have more gems from Prince’s New Wave period like “Make-Up” and “Wouldn’t You Love to Love Me,” then I am over the cherry moon.