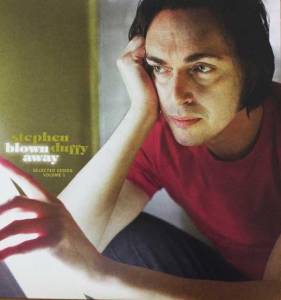 Now we get to the crux of the matter. No matter how proper it was to hear the original album that Duffy wanted to release, I had the two “new” songs on singles as B-sides. What made this DLX RM a must-have was the bonus disc of demos culled by Duffy himself from his archives entitled “Blown Away: Selected Demos vol. 1.” This implies we might eventually get a volume 2 one day! The timespan for these demos runs through at least the last 30 years, so some of these were possibly from the late period of The Lilac Time, phase one. After a musique concrète intro [similar to the one that had begun the main album] the title track was perhaps, the most evasive song here. The melody resisted easy listening but since it was written after Duffy’s father had died, in his mother’s loft, that probably explains that rare melodic lapse from Duffy. He was probably not in the mood for ear candy.

Which probably accounts for the abrupt shift of vibe for “The Whole Earth Singing.” The vocal harmonies here were sublime, but the juxtaposition amid the strummed acoustics and electric guitars musically suggested none other than the group America! Yeah, this would slot in nicely with “Sister Golden Hair” were it not for the perceptive and witty meta-lyrics about the joy of well-sung harmonies. It’s undoubtedly got that 70s AM radio vibe down cold enough to give me a whiff of cognitive dissonance. For a demo, this one sounds like it’s using all 12 tracks on Duffy’s Akai unit.

“C’est La Vie, C’est La Guerre” was eventually the B-side to “Natalie” but the version here was more stripped down and like most of the songs here, was probably down to just Duffy and his tape deck. This version has managed to work it’s way into my consciousness more effectively for its simplicity allowing the melody to embed itself in my cranium. In fact, it’s been there all weekend. “Go” was another more fully arranged song that seemed to bring to mind some Lilac Time memories. Duffy wrote that the song dated from 1993 when he was holed up in Alaska [?] awaiting the end of his Parlophone contract.

The next track was from the writing period of “Paradise Circus” and “Suburban Symphony” was written at the same time as “If The Stars Shine Tonight,” which got all of the love until now. One can easily imagine this on the second Lilac Time album which had raised the stakes over their more spartan debut. The song had a darkly beautiful air to it that flirted with pop only to retreat if not to the shadows to the penumbra of them. The synth drone coupled with the flutes [or are those a mellotron?] gave this a more full bodied arrangement that proved to be a nice variation for the collection, which was mostly Duffy and guitar alone. 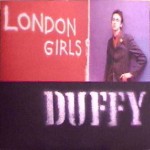 “Another Golden Shot” was more straightforward with the twangy guitar being an outlier to the country music album that Duffy never made. Two more previously heard songs figured here in demo form, making the toll for this album three songs that we had heard earlier in B-side form. “The Waitress’ Story” was another winsome folk-rock piece and it as well as “The Girl Of The Year” had both surfaced on the “London Girls” single from Duffy’s eponymous album period of 1995. The latter sported some organ fills to justify it 5:30 length. “Lupin” was a mostly instrumental that would have felt right at home on the Lilac Time debut. “We Continue For Australasia” was another BBC world service soundbite and not a song.

“Blown Away” was a eventful dive into the deep bag of demos Duffy has in his archives. The timespan on these was all over the place, but he picked the songs not to document a span of time but to make an album that cohered as a unit. If anything, the album stuck together even more strongly than “I Love My Friends,” which was much more eclectic. But as rewarding as “Blown Away” was, it really didn’t hold a candle to the songs on “I Love My Friends.” Even the first version of the album in 1998 seemed to be some sort of a breakthrough for Duffy in that the immediacy of his writing was entering a new plateau. The time for cagey or florid metaphor had passed and now, it seemed, that his guard had been lowered.

We found out in the liner notes here that there had been a strong reason for this. By 1994, Duffy had begun to unravel with a diagnosis of depression. As a result, he entered into Jungian therapy and started to tear away the walls of artifice that had heretofore been a part of his songs. The changes were immediately if naively apparent to me in 1998 and this is perhaps why this album became one of my go-to Duffy recordings in the last 20 years. We are lucky that there seems to have been in retrospect, an impressive program of DLX RMs of Duffy albums such as:

that have seen many of them getting the love and attention with bonus tracks, but none so liberally as this one, where he managed to sneak in a completely new album while restoring his original vision for this one to its glory. For a fascinating interview with Duffy on this project check out the superdeluxedition.com page here.