We have attended three of the last five Big Ears Festivals since they have an eye for the sort of artists that we will definitely capitulate for. A-list non-rock artists like Laurie Anderson, Philip Glass, and Harold Budd. The festival has been going for ten years now and it’s Ashley Capp’s little petri dish of a festival where commercial concerns are not really paramount. The same promoter puts on Bonnaroo every year for that. So Big Ears is more likely to have artists from the left-field of music, and not really popular music at that. Rock and pop are marginalized here. There’s a smattering, but it is more than matched by the type of sounds that are more challenging to the audience. It’s far more likely to host avant-garde, jazz, folk, and classical luminaries than your typical festival bands. 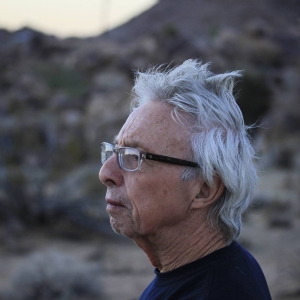 We have enjoyed Big Ears but passed on the last two years. One of the first time’s we attended was specifically to see a Harold Budd performance at the Knoxville Museum Of Art. We were waiting for the show and saw Bing + Ruth setting up where we were expecting Budd, only to find that the artist had fallen and broken a rib days before the convert and had to cancel. As Budd was in his late 70s at the time, this was nothing to sneeze at! Fortunately, Bing + Ruth made equally beautiful music and were working in a similar zone to Budd’s area of piano ambience.

Last year, we were gearing up for Simple Minds in Atlanta with our friends the Ware’s and Echorich when we saw on Harold Budd’s website that he was appearing in Toledo Ohio the week prior at the Toledo Museum of Art. We could not attend, but we asked Terrence Budd [Harold’s son who mans the email] if there were any chance he would ever perform at Big Ears. Terrence hinted that they were trying to swing a make-up for that lost concert and when the festival lineup was announced last fall, we saw that he was not blowing smoke. Budd would be performing throughout the entire festival. This resulted in a massive buy-in from us, who for the first time, bought full weekend passes to the festival. In the past we focused on the main event we were interested in and only bought a day pass.

At 82 years of age, Budd carefully picks and chooses his concert schedule. Usually racking up no more than one or two concerts every few years or so out of his native California desert environs. This will be a feast of Budd with new works debuted at the festival as well as solo and collaborative endeavors. But there are many more musical and artistic events scheduled to fill out our days in Knoxville starting next week.

Next: …What Else Is On Our Schedule?