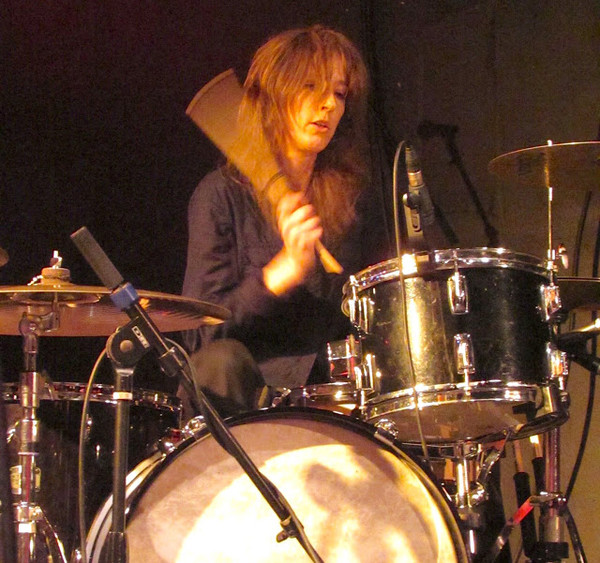 Sara Romweber doing what she did best

I was all ready to remember a different fallen musician for today’s post, but I just got wind of the loss of Sara Romweber yesterday, and since this was a fresh wound, it’s getting my thoughts today.

Like most old-timers, I suspect some of you reading this probably encountered Sara Romweber in the same way. Via her drum seat in Mitch Easter’s art-pop combo Let’s Active. The band were so named after seeing a tag in broken English on some Japanese activewear. I think I first heard Let’s Active during MTV’s monthly oasis of college radio cool, “IRS’s The Cutting Edge.” IRS was not shy about plugging its own acts on the hourly special broadcast. As soon as I heard the jangling hooks and winsome harmonies of “Every Word Means No” I don’t think it was longer than two weeks before we marched into the newly opened Murmur Records and scored the “Afoot” EP. This was pure pop with an intriguing left field edge to it that mitigated the sugary goodness with undercurrents of dark complexity. I was an immediate fan of this band but alas, it would be some years before I got a chance to see them live. 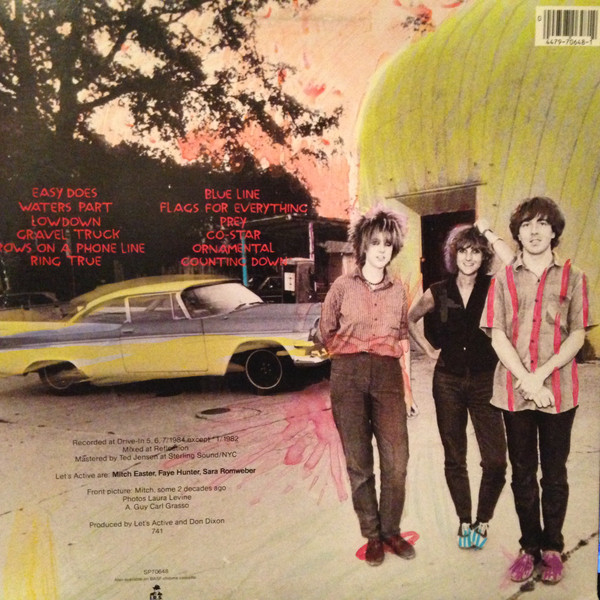 The classic Let’s Active lineup: L-R Sara Romweber, Faye Hunter, Mitch Easter outside of his famed Drive-In Studio from the back cover of “Cypress” 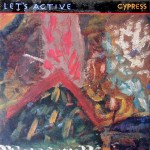 By the next year, the band had moved forward on their much more mature sophomore album, “Cypress.” This one had an amazing Southern Gothic edge to it that left the eager to please puppy-pop completely in the dust. I could hardly wait to see what this band did next. Unfortunately, this “classic” lineup imploded, when Sara Romweber and bassist Faye Hunter left Mitch Easter to his own devices going forward. I would not see Let’s Active until the second lineup of the band were touring behind “Big Plans For Everybody” in 1986. 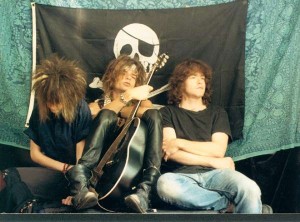 Sara [L] next spent two decades in Snatches Of Pink/Clarissa

Sara Romweber then moved underground for me. I think I might have been aware back then that she was in Chapel Hill’s Snatches Of Pink. Their reputed Dolls/Stones raunch was not exactly my cup of meat, which is why I have yet to hear the band. Sara was on albums with the band for 20 years until the mid-noughts. Even counting their two albums [with the exact same lineup] on Mammoth Records as the less alarmingly named Clarissa. Maybe it’s time to give these albums a try if I see them? 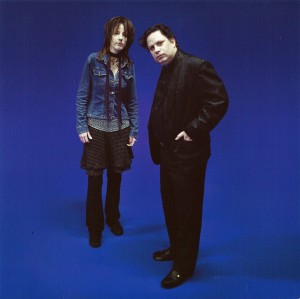 Sara and her younger brother Dex

My story with Sara picked up again by 2009 when she united with her brother in the Dexter Romweber Duo. I have been following Dexter Romweber ever since 1985, really. It was on an episode of IRS’s The Cutting Edge” that looked at the Chapel Hill, NC “scene” that he was introduced to the world as “Sara Romweber’s younger brother.” I immediately pegged Dex as a living Rock & Roll savant. The living embodiment of Rock & Roll a quarter century after it had died. I have seen Dex with his band Flat Duo Jets or so countless times. He simply IS Rock & Roll. An old soul in a no longer young body living and breathing Rock & Roll effortlessly. 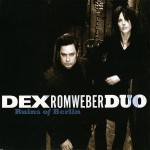 When Dex joined up with his sister it was one of those “meant to be” situations. Dex had pioneered the now common guitar-drums duo format in the modern age that everyone else has pilfered quite successfully. This time he was working with kin so the ups and downs that plagued his partnership with drummer “Crow” in Flat Duo Jets were not there. I still need a copy of their debut album but I have their other four albums safely in the Record Cell.

It was when the Dexter Romweber Duo played Asheville in late 2012 that I finally got to see Sara playing live for the first, and only time. Sara was a stone-cold drummer in the Keith Moon style. She could play a loud, clattering mess without breaking a sweat. Always keeping her attention to the drums while Dexter careened through the sheets of guitar noise he generated without so much as a pedal onstage. Like all transcendental experiences, it seemed as though they were in a trance while making the music. Afterward it was casual.

Sara had died at 55 on Monday from a brain tumor. She left behind over a dozen albums that are probably worth your time and effort. My thoughts and condolences go out the Romweber family for their loss and especially to Dexter who has lost more than a sister. He’s lost a great drummer, too.