Record Review: The Cage Featuring Nona Hendryx – Do What You Wanna Do 12 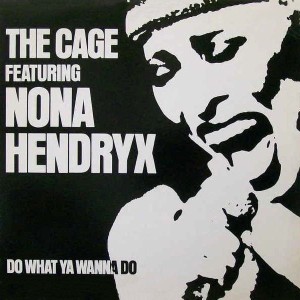 It was over three years ago when I came across the compilation 2xCD  “Trevor Jackson Presents Metal Dance” and it rocked my world, but hard. There were lots of new entities to investigate on it, and one of them was The Cage Featuring Nona Hendryx. The dub mix of “Do What You Wanna Do” caused me to exclaim that it “makes me want to track down the original 12.” <flash forward three years later> Well, after our trip to Winston-Salem, that time was now. 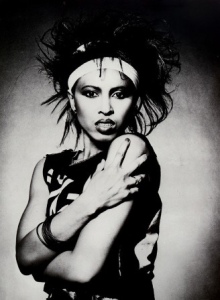 Nona Hendryx can ignite a record

The band The Cage, that was built around Ms. Hendryx [no slouch herself, either] was highly attuned to my interests. It was basically Visage as they existed in 1982 following the exits of Dave Formula as well as Midge Ure and Billy Currie following the lawsuit to extricate the band from Morrison/O’Donnell management [who were also representing Ultravox – can you say “conflict of interests?”]. That meant Rusty Egan on drums with Steve Barnacle on guitars and synths with brother Gary on sax and synths. Production via the great John Luongo. So yeah, this slotted nicely right next to the harder edged Visage revealed on “Pleasure Boys.”

The song was a cover of  a T-Connection disco track from 1977 that was very much in the traditional mold of the day. This one was much tougher with the full complement of Visage’s sonic vocabulary that they’d already established on their two albums. Drum machines kept the time while Egan drummed around them on acoustic percussion. Providing lots of vibrant fills and percussive volleys. Steve Barnacle played mostly extreme funk bass here with brother Gary adding sax interjection.

The drum solo breakdowns on this one were bold and hard and lasted as long as they wanted even as hints of the Mororder sound gave it all a machine-led energy that the more traditional instruments used as a foundation. Of course, Ms. Hendryx was more than capable of matching the toughness of the musicians. This one felt right at home adjacent to the “Pleasure Boys” single and I wonder how and why I’d never heard of this when it was released. I should have owned this single for 36 years, not a few weeks!

The dub mix was familiar from the “Metal Dance” compilation. It was really an instrumental remix,, but I would not call it a dub mix per se. You know how it goes! It does function adequately with out Ms. Hendryx, but having heard her hold court on the A-side, her absence is noticed. As heard below.

I was interested in the B-side, “The Slammer” because a title like that one took no prisoners. I have to admit that finally hearing it didn’t let me down. This was a rock hard jazz-funk that made the likes of Level 42 sound like milquetoast dilettantes. [that could be a band name … memo to self…] and when I say jazz-funk, there were plenty of complex chord changes here to earn that title, which can be dispensed fairly liberally. Not here. This time, Steve Barnacle leaned heavy on the tough guitar leads as well as the maximum funk bass.  We can duly proclaim it… smoking hot. Hearing this makes me wish that the Visage players had done more extracurricular activity of this nature back in the day when they were legally stymied by their management lawsuit and needed to get some work done. As for Nona Hendryx, there’s a huge void in my Record Cell that I am ashamed of and need to address.

8 Responses to Record Review: The Cage Featuring Nona Hendryx – Do What You Wanna Do 12