Posted on January 4, 2019 by postpunkmonk

Though the amount spent was the most since 2011, the amount of music was by far the most ever since going back to keeping records in 2010. The distance between the cost point and the number of titles point for 2018was at its largest gulf ever; besting the value coefficient of 2015 by approximately 10%. This indicated that my value for money was high. 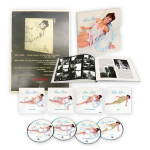 The cheapest thing I bought was a Don Dixon CD for $0.05. The most expensive was the long-awaited Roxy Music DLX RM for $79.95 and that was a fairly generous sale price! I should start squirreling away cash for the “For Your Pleasure” set, which is probably inevitable… and another likely three figures to be sure. Remind me to get around to spending a week or so discussing this very significant album in all the detail that it deserves.

There were a lot of used media purchased. Only 36 titles or 15% of this was what I would typify as “full retail cost.” And even four of those were heavily discounted thanks to the xmas sale in the Shriekback web store! As usual, I buy most of my tunes on the second hand aftermarket.

There were actually 12/235 titles bought that were contemporary to 2018. The top two were neck and neck for greatness in my ears, but given that Shriekback had never made particularly bad albums [apart from “Go Bang,” just once, on a lark] I have to view the latest Simple Minds album as a triumph. They have been slowly honing their vision to produce albums of generally increasing strengths since 1995 [with a few backslides among them] until they reached this point where it can be said that they have made an album with only strengths from start to finish. 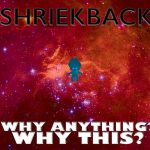 Shriekback, on the other hand, made an album which was perhaps their most glorious since “Big Night Music.” After having Carl Marsh back in the band for their last three albums, [I still need to find a copy of “Life In The Loading Bay”] he’s really firing on all cylinders and he feels as integral to the group as he’s been since “Oil + Gold;” after which, he left the band. Magnificent songs and sounds touched by the madness and sadness of our era. 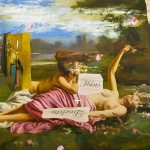 Steven Jones + Logan Sky are one of my favorite synth duos, and their latter album of 2018 was an exceptional blend of songcraft and cinematic technique getting on like a house on fire. Their earlier album of the year hit a highwater mark for playful experimentation with “Hans Und Liselotte;” an album that was conceived, written, recorded, and essentially produced in a fortnight or so! These two are on a creative tear that I’m really loving.

I was dimly aware that Bryan Ferry had a new album out a few weeks ago as I go to his website every now and then to see what’s up. But I did not imagine that I’d be in a store where not only would I see the probably more common LP but also the compact disc of the title! I’d not heard either of his preceding two “Bryan Ferry Orchestra” outings owing to never seeing copies for sale, but this one was sitting right there and I bought it without hesitation. Review coming soon [I hope]. This one is so fascinating, that after another day of compulsive listening it has traded places with Franz Ferdinand!

I’d heard about Franz Ferdinand’s callback to Post-Punk since their emergence, but I’m cynical and lived through 1978 already. It took their productive link-up with Sparks to make me actually investigate, and I’ve liked what I’ve heard, but their latest really is all of that and more with the band hitting vibrant new heights. The artistic slump that happened following their first two is officially tabled!

OMD had a pair of releases this year, and while neither of them could be considered competition to their stellar “Punishment Of Luxury” album of last year, they was plenty of interest to be had with the B-side and remix collection that supplemented that album as well as the album recorded with the Royal Liverpool Philharmonic Orchestra. Synth bands recording with orchestras are getting pretty common these days, but I swear that OMD was the first in on that action back when they released a DVD only with that same body in 2007. 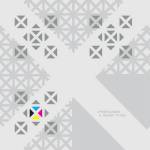 The xPropaganda live album was one of the unexpected delights that I was glad that someone bothered to capture for the shiny silver disc, since I would hardly ever expect to be able to attend on of the gigs overseas. The album was an interesting revisit to the high point of the mid-80s and the last life-changing album of that decade for yours truly. As a live music whore, I would have liked to have heard more variance from the recorded album, which is the apex of ZTT production, but it managed to deliver a little more reckless oomph than I had anticipated in any case.

Kitty Tsunami are a local band who do a turn in a very appealing shoegaze/surf pop hybrid that I really enjoy. I’d waited almost a year to have another gig by them where I could attend and I made sure to buy their CD instead of just having a Bandcamp DL [though those are the best!]

Amazingly enough, I have yet to hear “Landfall” by Laurie Anderson and the Kronos Quartet, though we have heard ther live show in advance of the album at the last Big Ears Festival we attended in 2016. I got it on the day of release for my LAurie Anderson fan wife and when I put it on to play that weekend, she was not in the mood and that’s where it stopped. So that’s why this is outside of the top 10.

So if an album I haven’t heard is ranked above one that I have, I think that says it all about the new Dave Stewart + Barbara Gaskin album. These two have specialized in a weird blend of Canterbury School Prog® and New Wave Synth Pop since 1981. Their occasional albums have moved closer to the Prog side of things, but I’ve managed to enjoy them all even so… until this one. For those not in the know, the raison d’être of this band are two things: the winsome vocals of Ms. Gaskin and the prodigious synth chops of Dave [not the Eurythmic] Stewart. What would normally be guitar solos on other records were actually synth solos on their records… except for this one! They have now capitulated and put a guitarist in the band to their immense detriment! Missable! So this is actual Prog Rock now.

What I’d like to happen this year is how I’d like every year to transpire. I’d like to buy only things I really want to the tune of maybe $700-800 tops, but the reality is that if I stay in my town, I’ll buy almost nothing. Stuff I really want is thin on the ground here, though there are plenty of record stores. Not too many selling CDs, though! Then when I leave my city, I tend to binge on stuff that’s certainly interesting that I see only when I leave my environs, but that’s not necessarily on the official “want list.”

Another thing is that I want to spend less on music because last year I upgraded my iMac. That meant that everything I had used for 10 years on my last one was no longer there/compatible. Things I need to actually make the CDs I want to make. I have bought a disc burner, but now I need to upgrade my software. The Toast 8 software I’d used for a decade is finally dead seven operating system iterations later. Then there’s the issue of disc printing. My Epson Stylus R220 is one of the color inkjet printers that will print discs. That’s why I bought it. That’s the only reason why I have an inkjet printer. They really finish off a project. But I have used the inkjet so infrequently in the last several years that the heads are now clogged and won’t print. Facilitating a cleaning kit purchase that I fervently hope that will do the trick. If not, I don’t know what my options are since no one but me cares about printing CDs any more! I’d wither and die if my REVO CDs didn’t look [and sound] their best.

Then there’s blank media to consider. I use gold archival printable discs that don’t come cheaply. I have a single disc left that I am waiting to make once the new software [$59] is in place and my printer is once again functional. Then I need to buy at least a spindle of 50 discs. That’s a hundred dollars, there. My discretionary budget is $20 per pay period. It takes a while to save up for these things. By next paycheck I’ll have saved enough to buy the DLX box of “New Gold Dream,” which has begun to creep up in cost; making me nervous. After that it’s all about buttressing up the CD producing REVO sideline that has been neglected for too long. So yes, It’s my hope that I will be buying less music and spending more time enjoying what I have. Wish me luck.