Kissing The Pink are a sound collective with boundless creativity

Today is a red letter day! Our friends at Cherry Red are tempting us again with the long-sought second Kissing The Pink album on CD. I was clueless about Kissing The Pink back in the day that they manifested. I only heard them when the “One Step” video made it into the 120 Minutes music ghetto or reasonable quality… by 1985. I then made a bee-line for [then rebranded] KTP album “Certain Things Are Likely” and all of the singles that I came across. I racked up four twelve inch singles from that one, but still need that WLP 12″ of “I Won’t Wait.” I was aware of the “Naked” album but only bought it on LP by the late 90s.

Being vinyl, I never heard a note from it until I bought it on US CD some dozen years ago. I have the weird Wounded Bird pressing [see left] with the almost pointless US Atlantic Records “Kissing The Pink” EP bolted onto it that replicated four of the album’s cuts but at least had a B-side appended to the program. Back in the 80s, it was common for US record companies to release an EP of tracks from a British album they wanted to license to see how it would play in the market before releasing the full thing. A bit cautious, yes? But this was fairly common. Even The Boomtown Rats saw their “V Deep album” released here first as a four track EP called “Dancing Rats” before the sheepish Columbia Records finally showed some nerve.

By the new millennium, I was online and had sought out more Kissing The Pink information. I found myself in Toronto in 2001, and of course, I wasted no time in shopping for music there! Unlike in the early 90s, I was mostly about the vinyl that time and was highly pleased to find two Kissing The Pink 12″ singles that were from the “What Noise?” album, which I have never seen a copy of to this day. The singles were as follows: 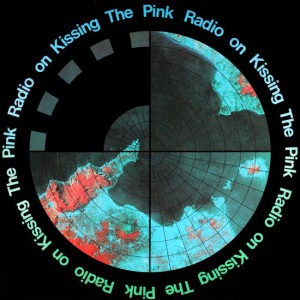 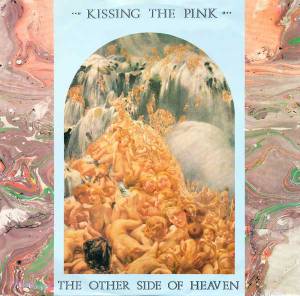 I have maintained the “What Noise?” album in my Discogs want list for as long as I’ve had one. I have yet to see anyone in the US selling the record; curbing my purchase due to the postage issue. Fortunately, as of today, Cherry Red has reissued the scarce album on the lovely silver disc complete with seven bonus tracks. Lets’ examine what we are served here. 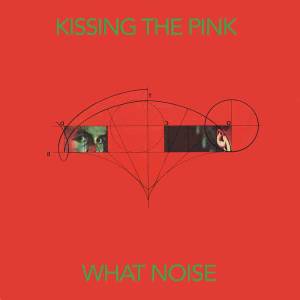 Everything from my pair of Canadian singles is present and accounted for, except for the “Big Man Restless” remix Magnet Canada licensed from Atlantic at the time, but now living on the DLX RM of “Naked” that Cherry Red released a few years ago. We have an additional two tracks taken from “The Other Side Of Heaven” UK 7″ single; a remix 7″ A-side and a non-LP B-side missing from the 12″ of that title. So, two thumbs up for Cherry Red’s efforts! Especially since they reveal that all tracks were sourced from master tapes, not vinyl as I would have been doing… had I ever bought a copy of the album. So this is on the want list and hopefully I can get a copy of this before it’s OOP and commanding near three figures. You may laugh, but my want list is so long, that this is the reality of it. I am busy saving for items that came out 4-5 years ago and are now selling for above retail cost. Sigh. Always playing catch up before it’s too late.