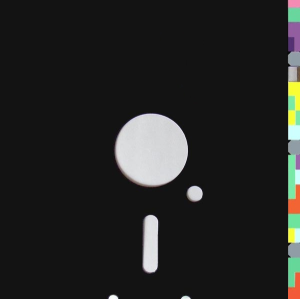 It was almost 31 years prior to the day when  the seminal New Order single “Blue Monday” was initially released. The 12″ sporting a floppy disc inspired sleeve was issued by Factory on March 3, 1983 and once it hit the street it was utterly ubiquitous! Everyone wanted a copy and you heard it playing all over the place; even in the sleepy Central Florida backwater where I lived at the time. It had the deliberate, relentlessly inhuman, drum machine sound that was completely futuristic for that period. Arty club music would never be the same again as New Order embraced a vision of electric dance music that was arguably as Post-Kraftwerk as the Art Of Noise would be just a few months later in the year. Of course it would have repercussions in the marketplace. Today, we’ll look at three of the more obvious releases that traveled in its wake.

The Cure were only remotely connected to New Order by being a moderately successful, angst-ridden New Wave band ca. 1983, but they were just coming into their second wind as pop stars making the shift from cult act to really shifting some units. Their commercial line in the sand seems to have been the “Let’s Go To Bed” single from the prior year.  In America, where “Bed” gave them a profile for the first time, the follow up was this single, sold as a 6-track EP. The A-side was “The Walk,” a track that reached the street on July 5, 1983 and sounded for all the world like a re-write of “Blue Monday.”

The synth bass locked in unison with a very similar, relentless drum machine pattern marked this single as being as close to “Blue Monday” as possible while still retaining an identity of its own as a Cure song. To its benefit, I have to admit that I prefer the singing and lyrics of Robert Smith on this track to “Blue Monday.”  Smith wins me over vocally whereas Bernard Sumner is absolutely not the reason why anyone wanted to hear “Blue Monday.” Sorry, Barney. The nimble rhythm guitar here is also a pleasure that makes this track distinct from its progenitor.

The development of Waters Superstar Divine into a disco star was not an event that I ever would have predicted. But as sure as it happened, his initial brace of singles made with hi-NRG maven Bobby Orlando were enough to get him a club following where his notoriety was all of the publicity that his fans needed to give him a second career as a recording artist. “Love Reaction” was an astonishing lift of the “Blue Monday” sound via what sounded like a slightly pitch-shifted sampling of the New Order record with Divine providing the rudimentary vocals and a cursory synth lead line providing a bolted-on melody to lend it its only differentiation from “Blue Monday.”

I like the cheap hi-NRG Bobby Orlando sound on the face of it, but this record is not where I’d go to hear it first. It’s just too derivative, and more to the point, Orlando was not capable of taking the inspiration from “Blue Monday” and then doing something with it. This barely sounds like a song, and let’s be frank. If Divine were not on the sleeve, no one in their right mind would want to hear this.

Finally, in a move no one really expected, New Order themselves provided a “Blue Monday” soundalike on the album that quickly followed “Blue Monday” in the marketplace, but in a typical New Order move, did not contain any of their singles at the time, which were all non-LP. That didn’t stop them from all but cloning “Blue Monday” to provide the blueprint for a track called “5 8 6” on the “Power, Corruption + Lies” album. One has to ask why they bothered, unless that felt they couldn’t get away with a seven track album, and bristled at the thought of including “Blue Monday” on an album. “5 8 6” is not much of a track. It is the cut that drags down the otherwise sterling “Power, Corruption + Lies” album from being a complete career best.

At the end of the day, The Cure win at this particular gambit. They made a weird New Order wannabe record that is sort of the odd one out in their discography, but at least it’s recognizable as a Cure song even in its “Blue Monday” drag. Speaking of drag, Divine would be rightly fêted for a brace of singles as produced by Stock, Aitken, Waterman that immediately followed “Love Reaction” in his discography. They are realms superior to this derivative and inconsequential track that does neither Divine nor Bobby “O” any favors. Finally, the decision of New Order to plagiarize themselves was one of those head-scratching moments that clearer thinking might have helpfully prevented.