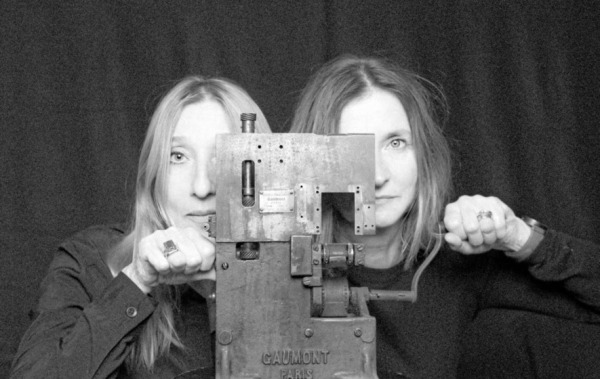 It’s been a while since any Organ Auction Live Events had happened, and today there are two of them swirling around. Firstly, it was probably several months ago when I first caught wind of the show happening tonight and tomorrow night in London, England. Not that I could have done anything about it in any case. Claudia Brücken and her comrade in vocals and good friend Susanne Freytag will be performing the whole of Propaganda’s “A Secret Wish” on March 23rd and the 24th at The Garage in Islington. Needless to say, the initial show sold out almost immediately. A second date was added for tomorrow night as well. They have promoted the show under the name “xPropaganda,” which seemed fair to me though Michael Mertens took umbrage at the idea. 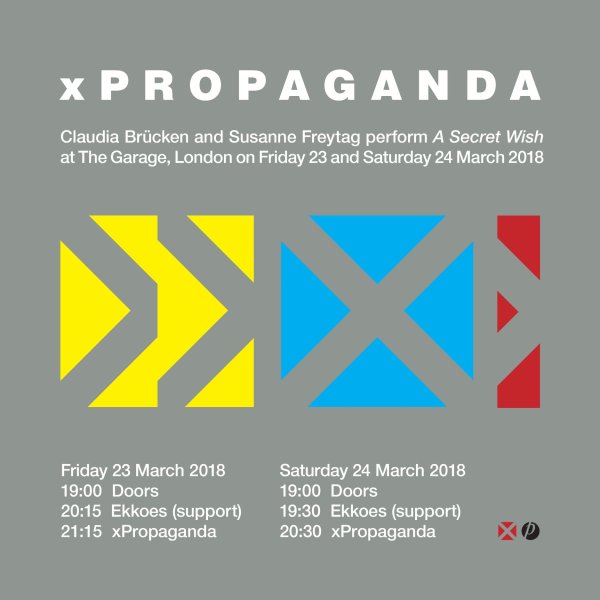 So who are the musicians necessary to carry out this Herculean task of sonic sturm und drang? Stephen Lipson, Luis Jardim, James Watson, Philip Larsen, Paul Jones and Sam Tate. Wow! So the producer of “A Secret Wish” and the man who contributed guitar to the album along with the original ZTT house percussionist Luis Jardim were hallowed almuni of the album sessions. James Watson? We were just grooving to his lovely guitar work on the Onetwo album, “Instead.” Philip Larsen played keyboards on this show. Paul Jones is presumable the ex-Manfred Mann lead vocalist who sang on “Music Of Quality + Distinction” 36 years ago. So that leaves Sam Tate [unknown] as the drummer [I’m guessing.]

Ms. Brücken had wanted to act [you saw that coming, right?] on the 30th anniversary of the album in 2015 but it just couldn’t happen that time. While it’s admirable to plan these big events on significant dates, the average Propaganda fan would want to attend such a show at any time in the last, oh… 32 or so years. Kudos to anyone who managed to get tickets to this one. And regular commenters attending? Please report back with your findings. For everyone else who would enjoy seeing Claudia and Susanne singing live, you’ll get more chances later on this year.

p.s. Who else knew that jewelry maker and occasional vocalist Susanne Freytag had become a psychotherapist? “Not I,” says The Monk.