Of course, with another OMD concert, this time just 50 miles away instead of 450 or so we had to attend again! This time with a closer posse of friends. I wasted no time in letting Richard and Tom know about this and at the time their roommate was Brendan, whom I also knew. Richard and Tom were close friends from high school whom I’d spread the OMD virus to. I’ve seen more OMD shows with Tom than any other human! Three, to date… but soon to be four. We bought our tickets and prepped for the show at the semi-legendary Lakeland Civic Center to happen in the new year. 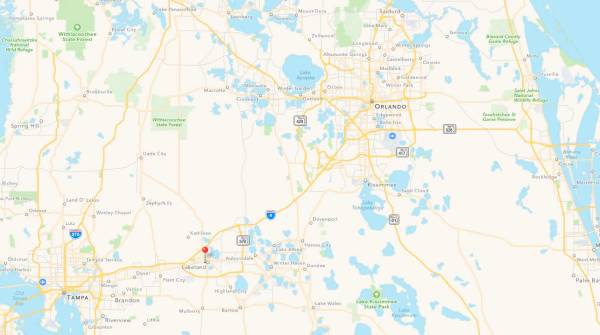 Lakeland was two thirds the way to Tampa from Orlando, and they got a heck of a lot of concerts in the 70s and 80s

Let me explain the Lakeland Civic Center phenomenon. Tampa was a large city. Orlando was a medium sized city with a lot of tourism. Orlando had a large transient population. It had relatively little infrastructure for concerts in the 70s and 80s. There was the Bob Carr Auditorium, a nice 3000 seater for Symphony shows and the occasional rock concert. Apart from the Tangerine Bowl [70,000 capacity] there was a vast gulf for large, popular rock/pop shows. The 18,000 seat Orlando Arena would not exist until the late 80s.

Lakeland, Florida was a small, sleepy citrus town a fraction of the size of Orlando, but the city fathers cannily positioned themselves for soaking up a lot of entertainment dollars that Orlando, in its small-minded ignorance, chose to forego. The Lakeland Civic Center fit 8-10,000 people into a big shed and growing up in the late 70s’early 80s, they got all of the large rock concerts that bothered to pass through Central Florida. This would be the one and only time I finally saw a show there.

Of course, I had already seen this tour and told them what they would be in for, namely a program of OMD fan pleasers. We hopped in Brendan’s car [as I recall] and trucked down to Lakeland. In the pre-internet era, who knows how we found the place, but we got there in plenty of time. It was a general admission show, so they were probably set for a larger crowd of 10,000. Thompson Twins had a pocketful of hits by then so I don’t recall it being sparsely attended.

OMD burst out and gave it their all for basically the exact same set I had seen the month prior. One can never hear “Souvenir” too many times, and though the company was different, the net effect was the same: OMD fan rapture. Richard, Tom and I had waited five years for this and we were simply not used to seeing our favorite bands; they never came around Central Florida. The set list was well chosen and though none would have balked at “Stanlow,” and “So In Love” was weak sauce, the overall vibe was superb. Also like the previous show, we stuck through intermission but decided 3-4 songs into Thompson Twins set that we could go home now. So we left the arena and trundled home on Interstate 4 on a happy, OMD buzz.

I was very happy that I finally had two [two!] chances to see one of my all time favorite bands perform their songs. To put this in perspective, the next time I would see a band twice on the same tour would be in 2001 with Roxy Music. By this time, I had seen maybe 20 rock concerts in the three year period from ’83-’85 and OMD was the only band of these that really meant a lot to me. My friends were also of a geeky nature, so naturally, the OMD vibe spoke to us eloquently. OMD were the primary band who used technology to explore somewhat abstract intellectual and historical thematic issues that most other bands would not touch with a ten foot pole. I have to admit that the bonds I forged with OMD were among the strongest with any band simply down to the notion that we felt like these two people making this music were cut from the same cloth as us. We felt like we understood OMD and had a simpatico with them in excess of any other bands out there.

Next: …Going Forward or Treading Water?

4 Responses to Rock GPA: Orchestral Manoeuvres In The Dark [part 27]